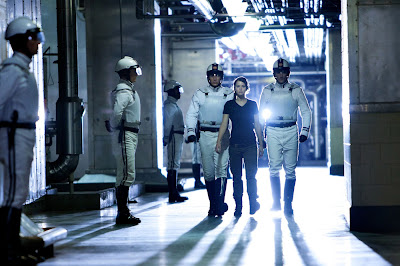 ---Mah na mah na
---Why the crackdown on Occupy?
"Since Occupy is heavily surveilled and infiltrated, it is likely that the DHS and police informers are aware, before Occupy itself is, what its emerging agenda is going to look like. If legislating away lobbyists' privileges to earn boundless fees once they are close to the legislative process, reforming the banks so they can't suck money out of fake derivatives products, and, most critically, opening the books on a system that allowed members of Congress to profit personally – and immensely – from their own legislation, are two beats away from the grasp of an electorally organised Occupy movement … well, you will call out the troops on stopping that advance."
---Why are Americans being "assaulted, clubbed, pepper-sprayed" for "exercising their right to free speech and assembly"?
---The Department of Homeland Security?
---"The Storm Within: Jeff Nichol's Take Shelter" by Scott Macauley
---Palestine and the "architecture of occupation"
---the great black Friday two dollar waffle iron riot
---preparing for the next dark age
---"Every year it becomes more difficult to keep within 2C [of warming above pre-industrial levels – the limit of safety, according to scientists, beyond which climate change becomes catastrophic and irreversible]."
---Greenwald's "What Endless War Looks Like":
"I’m sure we can all agree that we must endure years more of civil liberties assaults, endless war, bulging military budgets, suffocating government secrecy, a sprawling surveillance regime, and the slaughter of countless more Muslim children in order to save ourselves from this existential Lone Wolf threat. And that’s to say nothing of the fact that endless war, drone attacks, occupying countries, and engineering regime change is precisely what causes and fuels these threats in the first place. Indeed, NYPD’s Police Commission Raymond Kelly claimed that “Pimentel’s talk did not ‘turn to action’ until recently” when he “clearly ‘jacked up his speed after the elimination’ of the Yemeni cleric Anwar al-Awlaki, who was killed by an American drone strike in September.” In other words, what little Terrorism does exist is caused directly by our own actions — the very actions justified in the name of stopping Terrorism."
---"it's getting harder and harder to grow any food at all"
---big data
---"Socialism for the rich, capitalism for the poor"
---6 silent films that inspired The Artist
---Enter the Void's title sequence
---Robert Hass: “You just knocked down my wife, for Christ’s sake!”
---Charles Taylor's problem with film criticism
---@biblioklept's "Newt's Children, Dystopian Visions, and Greenzone America"
---the classic films behind Hugo
---"Our Bella, Ourselves" by Sarah Blackwood:
"Bella Swan, by contrast, is a much more honest (though cringe-inducing) representation of adolescence. She doesn't know who she is or what she wants. She's clumsy, obtuse, and aggravating in her helplessness. She is also entirely internal, almost alienatingly so. One of my favorite passages from the novel New Moon is when Stephenie Meyer inserts a series of blank pages to stand in for the months that pass while Bella mourns — out of any reasonable proportion — Edward’s desertion. Bella, kind of wonderfully, takes her time. 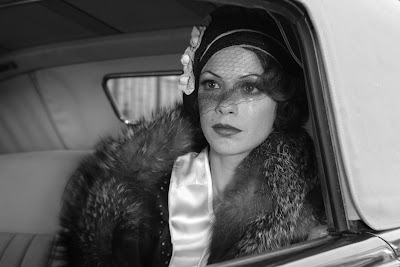 This is an uncomfortable place for feminists, because this heroine is not particularly good at actualizing herself. Bella waits, she wallows, she thinks, and feels, and worries, and wonders. She does not actualize in the sense we have come to expect from our heroines, an expectation that, I might point out, is quite often based on a masculinist understanding of what being effective in the world looks like. Lisbeth Salander, the heroine of the popular The Girl With a Dragon Tattoo series, is emotionally stunted but, damn it, she actualizes herself! She punishes the people who hurt her, she sleeps with whomever she wishes, she zips around on a motorcycle, and she’s a master computer hacker. In other words, our actualized female heroine might as well be a tiny man."
---lastly, Miley Cyrus and the pop appropriation of revolution
Labels: Notable film and media links Occupy Wall Street