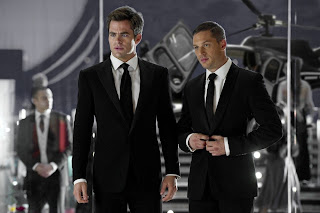 1) Two addlepated CIA chucklehead spies, Mutt and Jeff, I mean FDR (Chris Pine) and Tuck (Tom Hardy) vie for the affections of Tweety Bird, I mean Lauren (Reese Witherspoon) in a film that left me brooding on the intersection between acting, identity, and branding.  Have we reached the point where people have become pure, shiny commercialized products?  Steven Zeitchik points out that This Mean War has been in studio development since 1998, one year after Titanic's original release. So, if nothing else, such glistening  empty fare might have a few things to say about the contempt through which the 20th Century Fox studio executives view the American Cineplex-going audience.

2) The title appears to refer to one of Bugs Bunny's favorite expressions: "Of course, you know this means war!" I can understand the logic of that, since the movie resembles a live action cartoon.

3) A triumph of style and flash over content, This Means War practically does its own marketing research for itself as you watch it.  It has all of the thematic heft of a detergent commercial. In fact, in one scene Reese and her perpetually sex-talking best friend Trish (Chelsea Handler) discuss Lauren's woebegone lack of a love life as they shop in a grocery store for washing detergent. I spent much of the movie wondering what Reese was doing. Is she shifting her brand identity from Oscar-award winning actress to . . . what exactly?  A cute blonde with very white teeth?  Since her star persona still has some depth and intelligence, she resembles a bit of shag carpeting in a great expanse of linoleum.  Did she want the world to see her as someone worthy of being fought over by two wisecracking machine-tooled, but otherwise indistinguishable dudes? 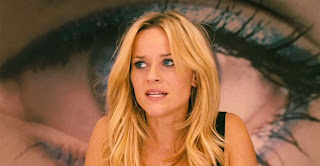 4) Meanwhile, how does director McG (of the Charlie's Angels franchise) depict the CIA?  One sees lots of screens. As the movie goes on, McG likes to add in more screens per shot in the CIA headquarters as if the film was weirdly lampooning de Palma's screen-within-frame compulsions in the first Mission: Impossible (1996). As the two agents hire on spies, plant cameras and microphones in Lauren's apartment, and eventually observe her tiniest movement in order to win her love, all of this egregious peeping tom behavior does briefly give them pause.  When Tuck can't decide whether to call all this snooping creeping or romantic, FDR settles on "cromantic." When Tuck and Lauren (spoiler alert) actually manage to have PG-13 sex one evening, McG lines up 5 agents to watch as if a sheer accumulation of gawkers would somehow give the moment more heft. The fact that Lauren might have some concern for her privacy never occurs to anyone. Snooping and market research all go together.  Meanwhile, the two agents are simply too lightweight to torture a suspect, even though Tuck once threatens a bad guy with some pliers.  Where would be the fun in that?

5) McG likes to throw in various cinematic references as a sop for critics (?) or perhaps so the movie can flatter itself with unlikely correspondences to classic films of yore.  At one point, Butch Cassidy and the Sundance Kid appears on Lauren's flat-screen TV so we can associate the witty banter of Redford and Newman with that of the two chuckleheads on screen. At another point, Lauren proves her smarts by insisting that The Lady Vanishes is "second-tier Hitchcock" (I found that enough reason to dislike the This Means War right there). At yet another point, FDR attempts to impress Lauren by recreating the famous gangster and his girl walking-into-the-nightclub Steadicam shot of Goodfellas (1990). Since McG liked to make similar cinematic references in his Charlie's Angels movies, one can wonder at the naive LA consistency of his visual style.  He likes sunny backlighting for blondes, race cars, people jumping out of airplanes, buffoon bullies primed for takedowns, and comically exaggerated Japanese stereotypes (as if some odd strain of Breakfast at Tiffany's floated in the back of his subconscious).  He also likes to flatter his actors by shooting them in a close-up when a medium shot would flow better in the editing. 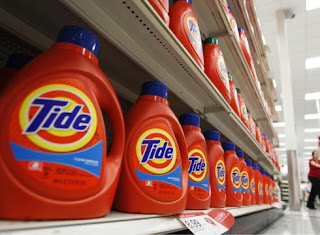 6) McG likes for every scene to sparkle with flair, color, and silly fun, and he always makes sure that his wafer-thin characters care. Even given Chris Pine's good looks (the blue in his eyes seemed heightened), Tom Hardy's bee-stung lips, and Witherspoon's ever-flashing white teeth, I kept feeling like one of those people in ads who must choose between the glossy packaging of different-but-basically-the-same consumer products.
Labels: This Means War