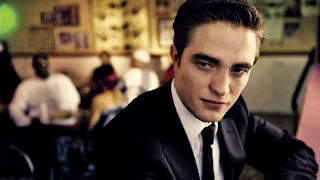 ---the early work of Terry Gilliam

---"America has been at war for a decade now; is it really a coincidence that the biggest movie of the year is the first in a trilogy in which torture, terror, asymmetric warfare, and the manipulation of public opinion all play a role?"---counterinsurgency, propaganda, and Laurie Penny on the sexual politics of The Hunger Games

---trailers for My Family and the Wolf, Lawrence Anyways, Dark Shadows, Cosmopolis, and On the Road

---"gaming leads to a reliance on remote-controlled warfare, and this in turn makes combat more palatable."

---"as Tampa, New York City and other urban areas bulk up with high-tech anti-terrorism equipment and fusion centers have proliferated, the number of even remotely “terror-related” incidents has declined. The equipment acquired and projects inaugurated to fend off largely imaginary threats is instead increasingly deployed to address ordinary criminal activity, perceived political disruptions and the tracking and surveillance of American Muslims. The Transportation Safety Administration is now even patrolling highways. It could be called a case of mission creep, but the more accurate description might be bait-and-switch."

---“Stupidity is sometimes the greatest of historical forces”--Sidney Hook

---a history of Occupy Wall Street 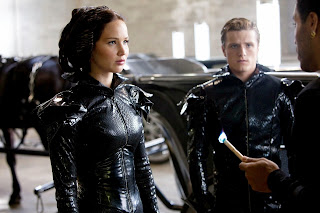 ---"One of these authors ended up committing suicide. One ended up on the cover of Time. And one of them — Leyner, the most intense and, in a certain sense, significant young prose writer in America — published one more novel in 1997, then stepped away from novel-writing altogether. Now, after a not-entirely-planned 15-year-hiatus from fiction, he returns this month with a new novel, The Sugar Frosted Nutsack. But he’s re-emerging into a very different culture; one that in his absence has become, oddly, even more grotesquely Leyneresque — so much so that you might wonder (he certainly has) if there is a place left in it for Mark Leyner."
Labels: infosuicide Mark Leyner Notable film and media links The Hunger Games