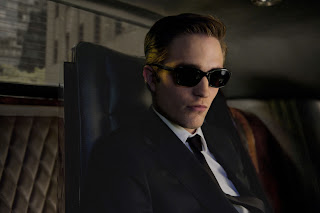 ---"I have been an actress since I was 3 years old, 46 years to date. I have no memories of a childhood outside the public eye. I am told people look to me as a success story. Often complete strangers approach me and ask, How have you stayed so normal, so well-adjusted, so private? I usually lie and say, “Just boring I guess.” The truth is, like some curious radioactive mutant, I have invented my own gothic survival tools. I have fashioned rules to control the glaring eyes. Maybe I’ve organized my career choices to allow myself (and the ones I truly love) maximum personal dignity. And, yes, I have neurotically adapted to the gladiator sport of celebrity culture, the cruelty of a life lived as a moving target. In my era, through discipline and force of will, you could still manage to reach for a star-powered career and have the authenticity of a private life. Sure, you’d have to lose your spontaneity in the elaborate architecture. You’d have to learn to submerge beneath the foul air and breathe through a straw. But at least you could stand up and say, I will not willfully participate in my own exploitation. Not anymore. If I were a young actor or actress starting my career today in the new era of social media and its sanctioned hunting season, would I survive? Would I drown myself in drugs, sex, and parties? Would I be lost?"  --Jodie Foster

---"[New French Extremity] directors whose movies I have discussed above represent a new path towards the exploration of reality in the contemporary world. The general movement behind these movies is the creation of new layers within conventional reality, layers on which the confusion of conditions and operation can be staged. There is a constant experimentation with ideas such as loss of memory, permanence, abstraction (both as absence and essence), inventory and archive, and a general tone of violence, of symbolic transgression from the solid to the fluid. Cinema as a medium is reworked to show not chronology but painful permanence, not setting but losing oneself, not careful and rational categorization but fluid alteration. There is matter here for a reworking of the modernist – and for that matter, postmodernist – notion of the model, that rational structure according to which the world could be classified and understood, and which cinema has not ceased to exhibit with the help of montage. A leading (post)modern notion and its privileged medium confronted with the contemporary condition can only lead to revolutionary experiments; and there is surely more to come from all those directors cited above."  --Cristina Bogdan

---the story of Lego 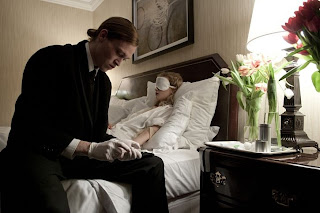 ---"It’s hard to think of a real precedent for this. A certain tension emerges when the products of a massive cultural apparatus like Hollywood offer implicit critiques of their own operation. Think of the Wachowskis’ Speed Racer: a $120 million studio-financed movie advocating for mom-and-pop values. Or Fight Club: a film built around a domestic terrorist attack against credit-card companies that peddled a new form of hyperactive adolescent machismo. Vladimir Lenin famously wrote an opinion on capitalism that’s been popularly rendered as, `The capitalists will sell us the rope with which we will hang them.' That pared-down version of his statement is an apt observation about the sheer voraciousness of the profit motive. Films like these, which disseminate ideas and attitudes that seem to contradict the bottom-line-driven systems that create them, speak to what Lenin was talking about. It’s like a commercial for a restaurant that tells you not to eat there."  --John Semley

---"the end of the world as theory" --Daniel Kasman

---Ava DuVernay: "I think for female filmmakers a big issue is making their second and third films. You see the statistics, and the dropoff on the second and third [films] are dire. I think women are finding a way to kind of circumvent a lot of what you're talking about and get that first film made but the big question for me is, where do you go after the first and second? You know, who has the longevity? Woody Allen had the opening-night film at L.A. Film Festival, and I was really just struck that this is a 70-something-year-old man. Where's his American woman equivalent?"

---scenes from Charlotte Rampling: The Look

---“You see, no one, but no one, is remotely interested in your generation, August.”

---"We didn't rehearse.  I don't like rehearsals.  I used to rehearse.  I rehearsed The Exorcist for five weeks in a little room above a restaurant in New York City.  I could have put it on the stage.  By the time we started to film it, it was dead.  It just laid there.  I had rehearsed the life out of it.  When we started the film, I remember saying to the cast, `Forget everything we've done.  Forget every movement and everything I told you and let's just start fresh. You guys know the lines. Do them as close in proximity as you can but don't just come out here with memorized lines.' Ever since then, I have not rehearsed. What's important for me is that—when you look at a scene on the screen—you believe it." --William Friedkin

---Robert Hughes' The Shock of the New

---"The era is long past when a star like Tom Cruise could launch a career with Risky Business and Top Gun, then stay in the stratosphere for decades. None of the new stars gets the once-standard "20-against-20" deal -- that is, $20 million upfront and 20 percent of the studio's take from exhibitors, after they make that $20 million back. Today, stars are seen as disposable, or at least interchangeable. As one top studio executive ruminates, "What major star has emerged in the past five years?"

Aside from Channing Tatum--who weathered a bunch of flops before scoring with The Vow, 21 Jump Street, and Magic Mike--the answer just might be none. Rather than an A-list, it might be better to think of a "hot list," in the words of one mega-agent: "That's what it is -- the guys you hope will last because nobody's shown they can do that just yet."

---Down by Law and Side by Side outtakes 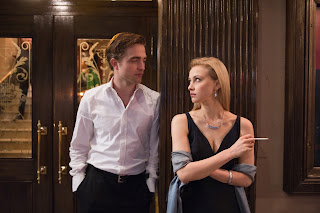 ---Kelli Marshall admires a shot from Singin' in the Rain

---"When a Long Island fisherman caught a 4,500-pound great white in 1964, author Peter Benchley took notice. `What would happen if one of those things came around and wouldn’t go away?' he asked. Ten years later he turned the idea into the bestselling novel Jaws."

Unknown said…
Well, your blog is very interesting to read about the cinematic,its very nice post,thanks for sharing.
domy z drewna
August 27, 2012 at 2:07 AM