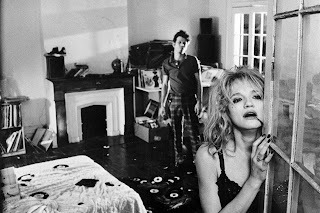 ---the beginning of Down by Law ("Jockey Full of Bourbon")

---"Multistrand movies have proliferated in the two decades since Mystery Train, and it’s almost shocking to see how little Jarmusch’s wise, unassuming film ultimately has in common with the sleight-of-hand flamboyance of Pulp Fiction or the reductive fraudulence of Babel and Crash,which yank their narrative threads together in the hope of producing grand, unified theories of the human condition. Jarmusch isn’t remotely interested in convergence. Quite the opposite, in fact. When strangers become aware of one another in Mystery Train, the connections are all the more melancholy for being transient, partial, matter-of-fact. As the train pulls out of Memphis, some but not all of the characters on board, the film leaves the lovely impression that what we’ve seen is special for its ordinariness: three stories among many."  --Dennis Lim

---"My filmmaking education consisted of finding out what filmmakers I liked were watching, then seeing those films. I learned the technical stuff from books and magazines, and with the new technology you can watch entire movies accompanied by audio commentary from the director. You can learn more from John Sturges’ audio track on the Bad Day at Black Rock laserdisc than you can in 20 years of film school. Film school is a complete con, because the information is there if you want it." --Paul Thomas Anderson

---How to Create Cartoons

---zoom shots of The Shining

---"the moral in the lesson of the Anthropocene is that, through the processes of modernization and globalization, the entire human species is finally reaching, indeed may already be surpassing, the outer limits of sustainability, and that this time, there is no new way of life or place to escape to. This time, we will have to live with the consequences, even as we do what we can to mitigate them by reestablishing our way of life within planetary limits."

---Dark Side of the Rainbow

---the beginning of Soylent Green 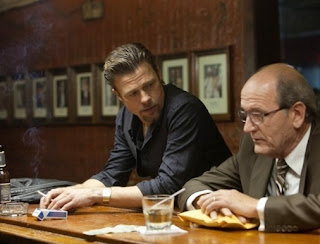 ---the evolution of the viral video

---No longer the indigenous film industry of North America, Hollywood is now the world’s jukebox, pumping out what Michael Eisner once called “planetized entertainment.” --Tom Shone

---the problem with hamburgers

---Philip K. Dick's "We Can Remember It for You Wholesale" (the basis for Total Recall)

---trailers for Detropia, The Paperboy, Nobody Walks, The Oranges, Middle of Nowhere, Cloud Atlas, Side by Side, Anna Karenina, The Broken Circle Breakdown, The Big Wedding, and Killing Them Softly