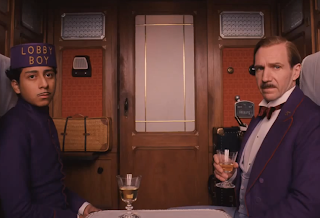 ---The Art of Editing in The Good, The Bad, and The Ugly

---behind the scenes of Escape From Tomorrow

---“Our latest research and statistical analysis shows that you are currently the citizen of an objectively humiliating nation wreathed in a miasma of pettiness, sloth, rank stupidity, and failure,” the report read in part, adding that this—this goddamned disgrace of a culture and system of government, if that’s what you call whatever the hell this is—is where you live, where you are from, and where you will likely die. “Decline and dysfunction are currently the first things people across the world think of when they hear the name of your place of origin, and, by association, these are the first words that would come to mind when they think of you as well.”

---the spaces of Dial M for Murder

---“In virtually every scene in Kane,” Friedkin continues, “the foreground, middle ground, and background are in equal focus. It’s described as realism but to me the photographic technique is expressionist; in life we don’t really see all things in absolute focus. The technology allowed for the visual style of the picture but it’s all in service of telling a great story that has meaning and reverberation.”

---"I’m not very interested in contemporary American realism, or books about marriage, parenting, suburbia, divorce. Even as a child browsing at the library I distinctly remember avoiding books that had the big silver Caldecott award sticker on the front, because I loved fairy tales, ghost stories, adventures, whereas the Caldecott prize stories often had a dutiful tone that tended more towards social issues. Those things were not my cup of tea, even when I was small, and I knew it — although if something’s written well enough, anything goes. To paraphrase Nabokov: all I want from a book is the tingle down the spine, for my hairs to stand on end."  --Donna Tartt

---"As soon as a screen can produce something that can move, it becomes a passive medium, whereas I feel that comics are a very active medium. The appeal is they masquerade as a passive medium, but they're not at all. It takes a lot of effort to read comics, even though it seems like they're easy. It seems like they need to be fixed on paper to have a certain power – my wife always tells me never to use the word magic, but I can't help it, there is no other word: there is a magic when you read an image that you know doesn't move but you have a sense that something is moving, if not on the page then in your mind."  --Chris Ware

---"how do you live life as a feminist — espousing the straightforward ethical belief that women are equal to men — when the world that surrounds you pummels you with encouragement, both implicit and explicit, to act and think otherwise?" 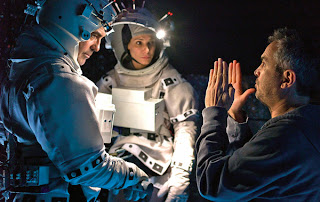 ---Chapter 2: Rushmore and Seitz's interview with Anderson about The Royal Tenenbaums

---trailers for The Grand Budapest Hotel, The Monuments Men, The Counselor, Natan, and Dear Mr. Watterson

---"Kurosawa is setting up the information, locations and visual rules of the film," Aronofsky says. "His attention to geography is brilliant. He's a war general, in that sense. In Seven Samurai, when the samurais draw in the sand and lay out the plan, he tells you the entire movie, right there. You get so many films today with shootouts, where you don't know what the hell's going on. But when Kurosawa picks his shots for the battle scenes, everything makes perfect sense."