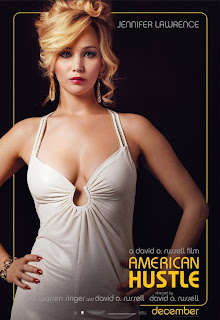 ---a scene from Gravity

---"Tim Burton related Batman to things that were happening then—the fetish underground, the transgressive elements, the Gothic elements which were coming out of music as well. There was a real heavy punk element to the whole thing and Batman very quickly adapts to that; he was a black leather ﬁgure in a cave."

---"no matter how much you love a film and how many good notices it gets, it's the bad reviews that stick. Always."  --Mark Kermode

---This Is the End bloopers

---"What other country could magnanimously spend $4-6 trillion on two good wars in Afghanistan and Iraq against lightly armed minority insurgencies without winning or accomplishing a thing?"  --Tom Englehardt

---"What hallucinating, self-serving monsters have you become?" "We looked at our great legacy of self-government and we handed ourselves over to the reign of morons."

---trailers for Foxcatcher, Secret Ceremony, Inequality for All, Jimmy P, Under the Skin, Need for Speed, and La Venus a la Fourrure

---"Speaking purely objectively, Fischer's plays are utterly inspired. We get to see large chunks of two of them: a theatrical adaptation of Serpico, the Al Pacino film from 1973 that was itself a landmark of hairy cinematic anti-heroism, and Heaven and Hell, a blood-soaked depiction of a Vietnam war raid ("You'll find a pair of safety glasses and some earplugs underneath your seats. Please feel free to use them"). The Serpico play is enlivened by a fantastic model train stage set, and the hilariously idiotic casting (I particularly like the kid on the radio dressed as a nun, squeaking "I got something!" The same kid trills "Let's rock, Esposito!" while calling an airstrike in the second one). The staging is even more elaborate in Heaven and Hell, with Fischer shimmying down a rope onto the stage, minature aircraft swooping across the proscenium, numerous explosions and gunshots – even a flamethrower."
--Andrew Pulver 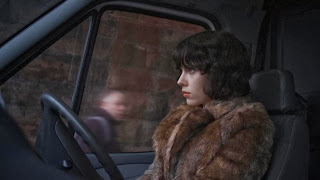 ---"Everything Wrong with World War Z"

---Scorsese on the birth of the modern movie

---"Do these moping women find their purpose when their reservation ends? Do they pack their bags and depart the hotel with a knowing smirk? Are they moving forward with resolve and a rolling suitcase trailing behind? Do they leave their place of transition at the end of the story?"

---"For the role of Rosemary's opportunistic husband Guy, Polanski settled on the New York actor and director Cassavetes. Perhaps fittingly given the nature of the material, it was not a marriage made in heaven and ultimately these two strong-willed men of opposing sensibilities did not get along. As a director, Cassavetes was freewheeling and improvisational, where Polanski was precise and methodical; as an actor, Cassavetes was Method trained while Polanski preferred a more naturalistic style. Polanski was never entirely satisfied with Cassavetes' performance, but I think he underestimates its effectiveness."

---10 tips for writing a Hollywood blockbuster

DeadSpiderEye said…
Burton's Batman was an huge disappointment for me, god knows why, the clues were there: Basinger, Keaton, Nicholson, the the rubber suit should've been the real give-away but even as the gold ellipse came up on screen I still held onto that hope that someone would break the rules. I'm not really criticising his efforts, maybe it's a good flick, I wouldn't know, it's just not the flick I wanted to see. The one with Dennis Hopper and David Carradine or Bruce Dern. Never mind I'm just thankful that the production costs associated with printed media permit a vision less constrained by convention to gain exposure, thanks Mr. Miller.

Oh dear my I've mislaid my specs and am struggling with audio verification, it's quite interesting to note that Google really really really hates visually impaired folk.
October 3, 2013 at 8:55 PM