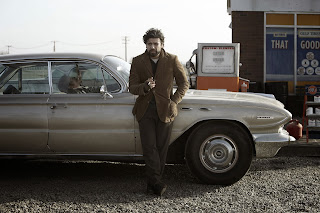 ---"If anyone besides famous people knew what it was like to be a famous person, they would never want to be famous. Imagine the stereotypical highly opinionated, completely uninformed mother-in-law character and apply it to every teenager with a computer in the entire world. Then add in all bored people, as well as people whose job it is to report on celebrities. Then, picture that creature, that force, criticizing you for an hour straight once a day, every day, day after day.

That's what it's like, even the smallest bit of it. Of course, that's if you even allow yourself to stay in touch with the world using public media. If I were famous, I wouldn't."   --Sia Furler

---There Will Be Blood / Through Numbers

----"The most popular forms of entertainment involve putting people under surveillance and watching what they do."

---“We are living in a time of cinematic bounty. In multiplexes and beyond, movie lovers have a greater, more dizzying variety of choices—and of screens, large and small—than at any time in history.”

---Linklater / On Cinema and Time

---"how even the anti-image is, always, an image in and of itself."  --Anne Helen Petersen

---"How the NSA Is Tracking People Right Now"

---"I think it’s better that they should be reading Pauline Kael reviews in the New Yorker than Derrida." --Daniel Mendelsohn

---"His and Hers: Jonze and Coppola" --Sara Maria Vizcarrondo

---"Yes, but, I think 'Typical Girls' is more making fun of girls who read magazines, put lipstick on, and stuff like that. I never liked that divide. I never liked the whole 'we’re the cool girls who play music and you’re the stupid girls who go to the mall,' because I was the stupid girl who went to the mall and then later got into music. I feel like 'Girls Like Us' is a statement that there’s no unity. And there shouldn’t be unity. There are no 'girls like us.'' --Kathleen Hanna 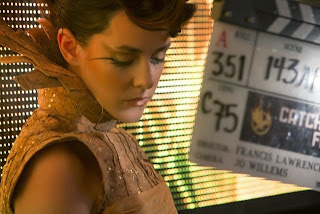 ---The History of Hollywood Censorship and the Ratings System

---"It's palpable, that tunnel. Damp and earthy. In each shot, you can feel all the effort and determination that went into carving it, one small shovel scoop at a time. The tunnel is the physical representation of the POWs' refusal to give up or give in. It's also their lifeline. All of the prisoners' hopes are invested in that tunnel, and so when they end up 20 feet short of the trees beyond the prison camp, it isn't just a logistical or strategic crisis. It's a dagger to the heart."  --Jason Bellamy

---trailers for Amazing Spider-Man 2, 300, Beauty and the Beast, and Cymbeline

---Hyper-reality: A New Vision of the Future