Nostalgia in the Smithsonian exhibit: 4 notes on Captain America: The Winter Soldier 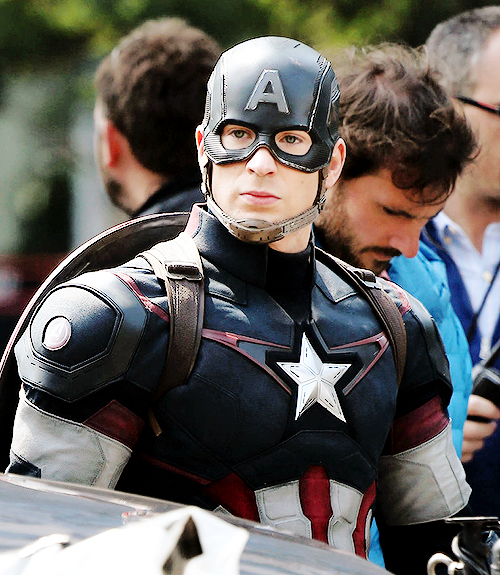 1) While it has fun fight scenes, Captain America: The Winter Soldier suffers from the peculiar inadequacies of a character being frozen for 65 years and then waking up in contemporary America. Much of the iconographic World War II propagandistic Rocketeer-like 1940s mise en scene which made Captain America: The First Avenger (2011) compelling to me has now disappeared, to be replaced with Robert Redford, metallic blues and grays, the smoggy streets of bureaucratic Washington DC, and much military hardware (fighter jets and Helicarriers) that will eventually provide the requisite explosions, crashing metal, and firepower for the movie's climax. In case that proves inadequate, the filmmakers include Scarlett Johansson a.k.a. Natasha Romanoff as Black Widow (in an Emma Peel leather get-up and straightened red hair) who knocks out enemies with a plethora of martial arts skills as she gives (in a sisterly chaste way) romantic advice to Cap (Chris Evans) who, meanwhile, appears too wholesome, noble, shy, and bulbous with upper body strength to get anywhere with contemporary women.

2) To make him more sympathetic, every superhero must begin his most recent sequel with angst, so Captain America broods about America's current oppressive foreign policy as explained by Nick Fury (Samuel L. Jackson). Nick points out that, nowadays, threats are neutralized before "they even happen." When Cap counters with the idea that "punishment" should come "after the crime," Fury replies "S.H.I.E.L.D. takes the world as it is, not as we would like it to be." Thereafter, Cap rides around on his motorcycle, fights French terrorists who have taken over a large ship, throws his shield around in a Frisbee-like manner, boomeranging it off of fighter jets in a way that sadly reminded me of Thor's stupid hammer. Cap's not sure if he can get behind S.H.I.E.L.D.'s NSA-esque surveillance techniques, and who can blame him? He's a bit bland. He hasn't really got the option of turning emo like Peter Parker does in Spider-Man 3 (2007), so Cap takes to haunting his Smithsonian historical exhibit for a small taste of his former 1940s world. Thus, in a sense, the sequel gazes nostalgically at its predecessor now reduced to museum aesthetics, patriotic images of noble soldiers mounted on a wall with video playback. The more time we spend with Cap, the more we wonder: what is Cap to do with his uber-patriotic heroic charmingly innocent but otherwise blank self except run really fast around the National Mall of Washington DC? 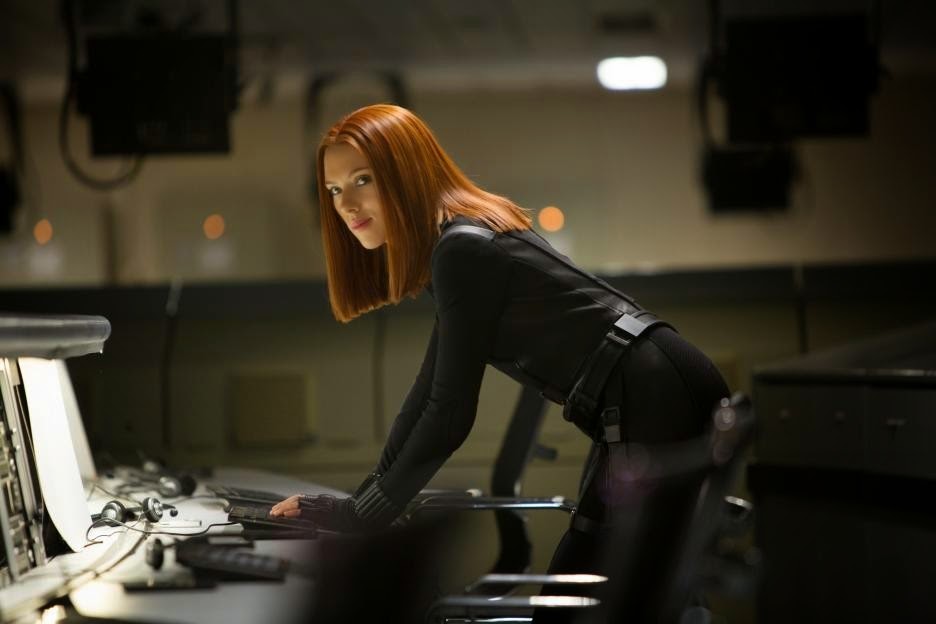 3) Captain America: The Winter Soldier ultimately oppressed me with its foreshadowing of all of the loud machine-tooled blockbuster sequels to come this spring and summer. Penetrate a secret bunker, handily discover a secret organization, dodge the fireball of a rocket attack from multiple jets, learn that a major figure that we thought was good is secretly bad and mean, evade machine gun fire, fake a death, resurrect an unconscionable amount of characters from the previous film (otherwise you'd have to invent new ones), vaguely flirt with Black Widow (who takes an interest out of contractual obligations), make a jokey reference to Iron Man, hook the shield to the back of one's jacket, determine once again to save the free world from familiar enemies, make laconic remarks with humorous flying sidekick, jump off of buildings and cargo jets, and fight the masked enemy that has some secret connection to your backstory.

4) As the movie went on, I discovered an unexpected buildup of wax in my left ear as I contemplated in a bemused way the many repetitions of this highly profitable but (with the exception of Joss Whedon's The Avengers) increasingly bankrupt franchise, a system of spectacles wherein men fight mano a mano with cute accessories as they fly around falling, flaming Helicarriers over and over, ad Marvel infinitum. Cap could've been talking about the anxieties of studio executives playing it safe when he said "This isn't freedom. This is fear."
Labels: Captain America The Winter Soldier