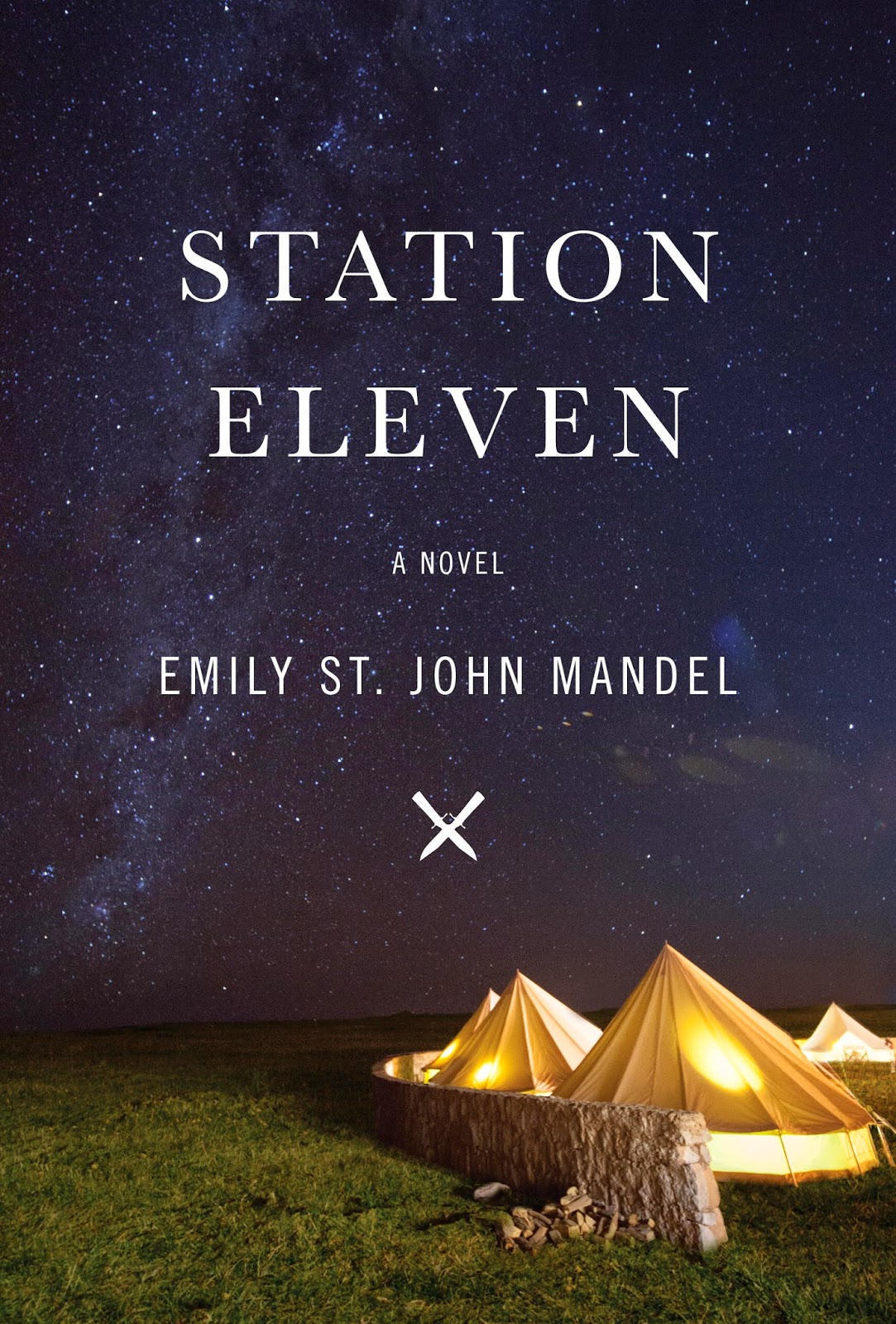 More than once, I read the first few pages of Emily St. John Mandel's Station Eleven, and then placed it back on the shelf in our local Barnes and Noble. I didn't care much for the hook where a man expires on stage in the midst of a performance as King Lear. Then, after my wife obliged me to buy it, I finally read it quickly this past weekend, surprised by how much I enjoyed its vision of a massive pandemic wiping out 99+ percent of humanity. Mandel weaves together a narrative that jumps back and forth just before and after the collapse of civilization, and much of it struck me as being plausible. She's good at making the characters and situations compelling regardless of the disaster at hand, sometimes pausing to dwell on celebrity culture, a character's painstaking creation of a graphic novel inspired by Calvin and Hobbes' Spaceman Spiff, and the gradual conversion of a Michigan airport into a 20+ year sanctuary for a group of passengers who had their flight diverted. Here's a passage where two brothers hole up in a Toronto apartment soon after the plague arrives:

"'You've got to stop singing that song,' Frank said.

'Sorry, but it's the perfect song.'

'I don't disagree, but you've got a terrible singing voice.'

It was the end of the world as they knew it! Jeevan had that song stuck in his head for several days now, ever since he'd appeared on his brother's doorstep with the shopping carts. For a while they'd lived in front of the television news, low volume, a murmured litany of nightmares that left them drained and reeling, drifting in and out of sleep. How could so many die so quickly! The numbers seemed impossible. Jeevan taped plastic over all of the air ducts in the apartment and wondered if this was enough, if the virus could still reach them either through or perhaps somehow around the edges of the tape. He rigged Frank's bath towels over the windows to prevent stray lights from escaping at night, and pushed Frank's dresser in front of the door. People knocked sometimes, and when they did Jeevan and Frank fell silent. They were afraid of anyone who wasn't them. Twice someone tried to break in, scratching around the lock with some metal tool while Frank and Jeevan waited in an agony of stillness, but the deadbolt held.

Days slipped past and the news went on and on until it began to seem abstract, a horror movie that wouldn't end. The newscasters had a numb, flattened way of speaking. They sometimes wept.

Frank's living room was on the corner of the building, with views of both the city and the lake. Jeevan preferred the view of the lake. If he turned Frank's telescope toward the city he saw the expressway, which was upsetting. Traffic had inched along for the first two days, pulling trailers, plastic bins and suitcases strapped to roofs, but by the third morning the gridlock was absolute and people had started walking between the cars with their suitcases, their children and dogs.

By Day Five Frank was working on his ghostwriting project instead of watching the news, because he said the news was going to drive them both crazy, and by then most of the newscasters weren't even newscasters, just people who worked for the network and were seemingly unused to being on the other side of the camera, cameramen and administrators speaking haltingly into the lens, and then countries go dark, city by city--no news out of Moscow, then no news out of Beijing, then Sydney, London, Paris, etc., social media bristling with hysterical rumors--and the local news became more and more local, stations dropping away one by one, until finally the last channel on air showed only a single shot in a newsroom, station employees taking turns standing before the camera and disseminating whatever information they had, and then one night Jeevan opened his eyes at two a.m. and the newsroom was empty. Everyone had left. He stared at the empty room on the screen for a long time.

The other channels were all static and test patterns by then, except for the ones that were repeating a government emergency broadcast over and over, useless advice about staying indoors and avoiding crowded places. A day later, someone finally switched off the camera on the empty newsroom, or the camera died on its own. The day after that, the Internet blinked out."
Labels: Emily St. John Mandel Station Eleven