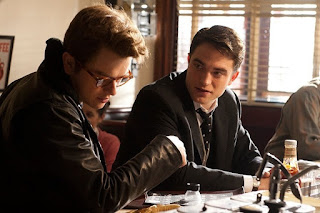 ---The Future in Film

---Grimes' "Flesh Without Blood / Life as a Vivid Dream"

---"Movies like Star Trek Into Darkness and Spectre represent a strange and troubling confluence of incompatible pop cultural trends: Fandom’s increasing obsession with anticipating blockbusters with years of hype and theorizing, and Hollywood’s continuing obsession with endlessly remaking the same handful of stories over and over again. Each new tentpole release is met with thousands of words of conjecture and hundreds of screengrabs and GIFs; literally every single poster and publicity still and teaser and television ad and piece of ancillary merchandise is subjected to a level of scrutiny that would awe Talmudic scholars. We’ve arguably reached a point in film culture where movie marketing is more carefully analyzed than the movies themselves.

That could be because the movies themselves are so brazenly recycled from existing works, that they don’t actually demand much consideration. Spectre makes no secret of the source material it’s mining, and yet it persists for almost two hours in attempting to turn the organization’s leader into this grand enigma. The only person satisfied by this sort of unveiling is a fan who’s spent the last three years studying each Spectre trailer and plot synopsis, and correctly intuited that Waltz was playing Blofeld.

For the rest of us, the whole enterprise is at cross-purposes. Why make a mystery out of something obvious?" --Matt Singer

---trailers for A Very Murray Christmas, Life, The Lady in the Car with Glasses and a Gun, Sunset Song, and Chi-Raq

---"the book offers a number of useful concepts. The first is a notion of 'medianatures,' which draws from Donna Haraway’s concept of 'naturecultures.' Here, Parikka intends to maintain Haraway’s commitment to nonbinary thinking and to working with entanglement, but he also wants to move us toward a theory of media that can account for nonhuman actors—chemicals, minerals, and micro-organisms. The notion of a medianature is meant to encourage us to not only think in terms of entanglement of the human and nonhuman, but to become very specific about what materials have been assembled and why." --Karen Gregory

---"The Doomsday Invention" by Raffi Khatchadourian 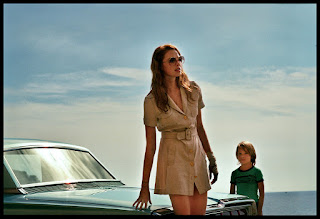 ---"The thing that has changed profoundly over the last 15 years, and I haven’t seen much writing about this, is that the experience of going to dailies has almost completely disappeared, because of shooting with video tape and now shooting digital. The impression is that… You’ve seen it! [Laughs] There are 20 plasma screens around the set as the scene is being shot. Every department has its own screen, so as the material gets shot, there is a direct feed from the camera to all of these screens. Everyone’s tired at the end of the day, everyone works very long hours, so why do they have to go and see it all again? From a practical point of view, that’s absolutely true, but in the days when we had to look at dailies, there was what I’ll call a religious component to this: you assembled at lunch on the following day, or the evening of the following day, and as tired as you were, all the heads of department came together. The only agenda was to look at what was shot the day before and to pick up the mood of the director — in the same way that the director wants to pick up the mood of everyone else. So there’s a kind of cross-fertilization that happens on overt and many times covert levels that I think accelerated a certain kind of creativity that is under threat now." --Walter Murch

Mahee Ferlini said…
I have to agree with your first paragraph regarding the fact that it seems that so many of today's movie releases are really re-releases - remakes of films past or sequels, prequels and follow-ups. Hollywood seems to be missing that fresh and innovative creativity that's much needed in today's theaters. Thanks for sharing your thoughts~
November 18, 2015 at 10:46 PM

Erich Kuersten said…
I gotta disagree to a point - Hollywood has always done so. The first sound films were often remakes of silents that might have been done less than 5 years earlier (like ILLICIT), then they were remade once sound got better. The same story arcs: love triangles and D.A.s unaware their gun moll prosectutee is their mother, etc... that's just myth, and now... it's TV. Why go to a movie 'cold' and need to meet all the characters and signifiers over and over, just carry them forward... like Bond.
November 20, 2015 at 10:22 AM

The Film Doctor said…
Thanks, Mahee. And thanks, Erich! I've enjoyed your blog for years. Excellent point about Hollywood's inherent tendency to re-release.
February 15, 2016 at 9:29 AM