The Noir Forebears of Jessica Jones 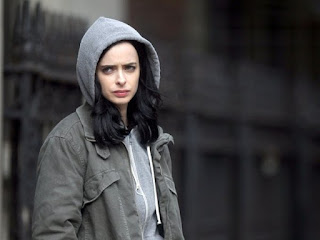 However innovative Jessica Jones may be as an edgy new Marvel series, an examination of the consequences of trauma, and a study of New York City, I also liked its embrace of the noir genre. Here's a list of some of Jessica Jones' antecedents: 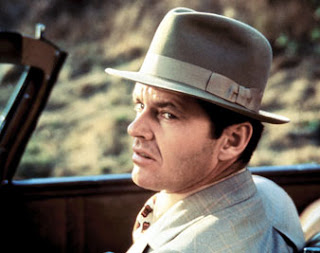 1) In the opening scene of the first episode, one of Jones' clients becomes upset with the photographs that she has taken to prove his infidelity. When he turns violent, she throws him through the window of her office door, scattering incriminating photos across him in the process. In this visual sequence the show evokes the opening shot of Roman Polanski's Chinatown (1974), when photos depict a couple in a similar lewd, spied-upon position with a husband angry at the detective Jake Gitte's snooping. Thus, Jessica gets immediately associated with gumshoe Jake from the outset. 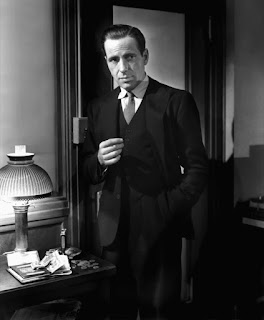 2) By throwing her client through the window that carries the name of her detective agency, Alias Investigations, Jessica also alludes to the beginning of John Huston's The Maltese Falcon (1941), when detective Sam Spade almost immediately needs to have his office door window changed because his partner Archer has been shot and killed in one of the movie's early scenes. Therefore, Jessica Jones refers to two of the premier founding noir detectives in the first few seconds of the show. 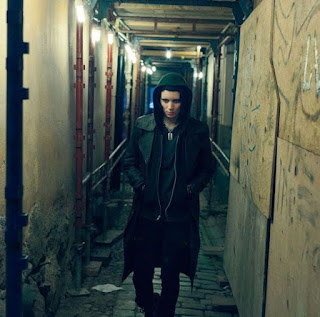 3) More obviously, Jones resembles Lisbeth Salander of The Girl with the Dragon Tattoo, especially when she wears a hoodie several episodes into the show. When she sits and contemplates what to do on her desk, she reminds us that Salander was also good at solving crimes, only with more of a hacker bent and a punk outlook. As battle-hardened as Krysten Ritter appears, her ski-lift nose and dark green eyes evoke a bruised Anne Hathaway. 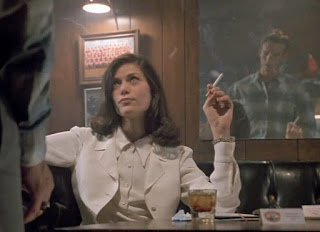 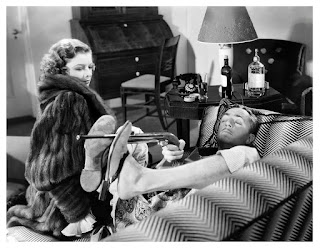 5) Jessica Jones' love of whiskey and her day-drinking are reminiscent of Nick and Nora Charles (William Powell and Myrna Loy, respectively) and their glorious post-prohibition tippling in The Thin Man (1934). When he isn't completely soused, Charles actually does some detective work. 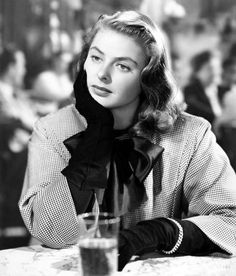 6) In Alfred Hitchcock's Notorious (1946), Ingrid Bergman's Alicia Huberman tends to drink too much even as Devlin (Cary Grant) calls her "hard-boiled." 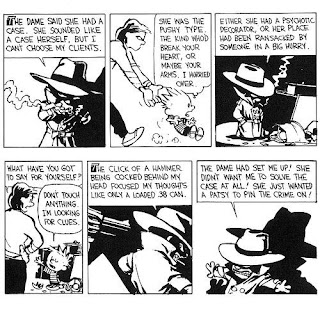 7) I also couldn't help being thinking of Calvin's version of the detective gumshoe, Tracer Bullet, with every night-lit office interior of Jessica's scummy apartment. 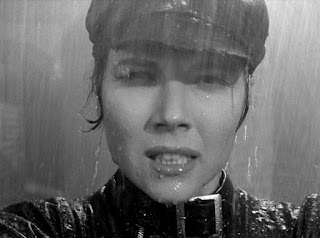 8) Amongst the heroine television detectives who know how to fight, let's not forget the unflappable Emma Peel (Diana Rigg) of The Avengers. 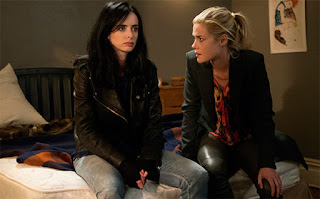 9) Given that we see talk show personality Trish Walker (Rachael Taylor) from a sign on a bus, one can assume that we were meant to associate her loosely with Carrie Bradshaw of Sex in the City? 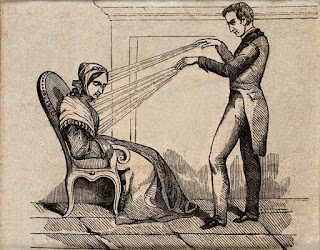 10) Kilgrave's (David Tennant's) ability to control people with his mind evokes the fears of mesmerists in the 19th century who were accused of manipulating people (usually women) for their own nefarious purposes. 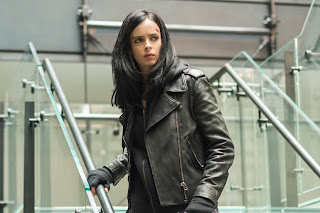 11) Most of all, I liked Jessica Jones for the way the show eschews CGI, flying, and costumes for a complex portrayal of a flawed feminist woman. As Jessica Jones' showrunner Melissa Rosenberg pointed out: