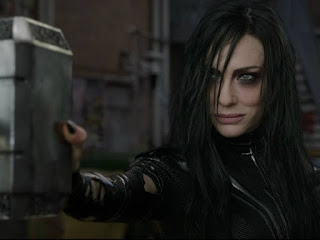 ---"The female glance is deeply attuned to textures, to shades of light. You can feel the temperature of the bodies around you, the anxiety and claustrophobia or, alternately, the expansiveness and delight. It’s an almost synesthetic mode of filmmaking, focused not on plot, or narrative, but the capacity of an image to convey a feel. It forces identification with, and empathy for, the way women experience the world — an experience that’s often marked by passive observation and the rhythms of the domestic world. Scenes shot in this way can feel paranoiac, distracted, and disjointed, but that’s just the reality of living in a world where your body, your value, your power is constantly surveilled. If the male gaze disassembles and disempowers, then the female glance puts that world back together on its own terms." --from Anne Helen Petersen's "The Radical Feminist Aesthetic of The Handmaid's Tale"

---“The problem is audience behavior. People are going to movies less and less, and when they're going, everyone's going to see the same movie.”

---"[T]here is mounting anxiety among theater owners, studio executives, filmmakers, and cinephiles that the lights may be starting to flicker."

---"Why does everyone hate Anne Hathaway?"

---"Well, in this case, there was a script, which was the evolutionally history of the universe [audience laughs]. And lately – I keep insisting, only very lately – have I been working without a script [To the Wonder, Knight of Cups, Song to Song], and I’ve lately repented the idea. The last picture we shot, and we’re now cutting, went back to a script that was very well ordered. There’s a lot of strain when working without a script because you can lose track of where you are. It’s very hard to coordinate with others who are working on the film. Production designers and location managers arrive in the morning and don’t know what we’re going to shoot or where we’re going to shoot. The reason we did it was to try and get moments that are spontaneous and free. As a movie director, you always feel with a script that you’re trying to fit a square peg into a round hole. And with no script, there’s no round hole, there’s just air. But I’m backing away from that style now." --Terrence Malick

---David Bordwell's analysis of a scene in A Quiet Passion

---“I like people pushing, people not conforming,” Kidman said. “I love the widening of the boundaries, pushing through the extremism. I love filmmakers and storytelling. I am not interested in popcorn movies. I go to see them and like to be moved by them, but as an actor I examine humanity and why we’re here.”

---trailers for HHhH, Flames, Thor: Ragnarok, Three Billboards Outside Ebbing, Missouri, Ghost in the Shell, Redoubtable, A Ghost Story, It, and I Am Heath Ledger 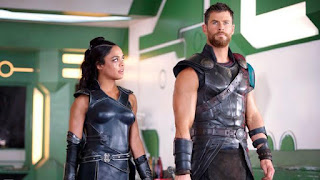 ---"Judge has said that one reliable source of comedy for him is the way humanity simply isn’t prepared for modernity, which ensnares us in vast systems of control in order to sustain itself. What he couldn’t have imagined while making Idiocracy in the early 2000s was that technology was about to thrust humanity into an era for which we are even more ill equipped. It was around that moment that Silicon Valley inventions — blogging platforms, social media, YouTube — began sweeping away old orders and gatekeepers in a way that was both exhilarating (because we were more in charge of our destiny than ever before) and mortifying (because we were, well, more in charge of our destiny than ever before). Idiocracy was released the same year that Time magazine heralded this new age by naming us all the Person of the Year. A decade later, Donald Trump earned that honor, along with the presidency. If anything can explain the short time horizon on which Idiocracy and reality merged — if you believe they have — perhaps it is that technology left us completely, terrifyingly, to our own devices." --from Willy Staley's "Mike Judge, the Bard of Suck"

---"Being There: American Cypher" by Mark Harris

---"The GIF as a Tool of Rereading, Resistance, and Re-narrativizing in Social Media Spaces" by Jasmine Lee Ehrhardt