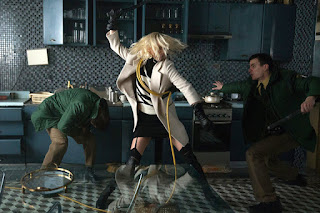 ---"Jaan Pehecchaan Ho" from Gumnaam and Ghost World via @dcairns

---"A Brief History of the GIF" by Lorraine Boissoneault

'I wanted to see what it would feel like,” she said, “if a community of women exclusively created a piece of art together.'" --Melena Ryzik

---"Saturnz Barz" by the Gorillaz

---the pleasures of wealth and fame and Johnny Depp

---"my interest was telling this story [Ghost World] in a slightly exaggerated, nightmarish, almost film-noir version of the world. A social and critical satire depicting America’s fabric woven from falsehoods and lies, hypocrisies and scams. It just seems to be what happens in a capitalist society. There’s politicians and TV evangelists and corporations, and none of them have the best interest of the average citizen." --Terry Zwigoff

---"The handsomest Frenchman on earth, swaddled in an outsize yet epaulet-perfect trenchcoat, hiding deep blue pools of blankness under the brim of a fedora, stares into Parisian drizzle through a rain-blurred windshield, inserting keys from a huge ring until he finds the one that fits. A steel-haired, middle-aged, world-weary gambler comes up with the grandest con of his day while cruising the nightspots and fleshpots of backstreet Montmartre, but his moment of deepest melancholy comes from a single gaze upon the bare back of a young girl he’s sheltered as she sleeps with his young protégé. A bald, stocky Jewish Frenchman, wearing a Stetson and sunglasses at night, barrels his Cadillac convertible down the Champs-Élysées in search of diversion. Alain Delon in Le Samouraï, Roger Duchesne in Bob the Gambler, the great filmmaker of action and attitude Jean-Pierre Melville in life." --Ray Pride

---"one of the fascinating things about the cinematic image is precisely that it’s difficult to pin it down." --Laura Mulvey

---"On the music of Ghost World" by Terry Zwigoff

---“I remember it was Day 2, my body was hurting, and my face is all bruised up, and my eye was swollen shut,” Ms. Theron said. “I remember thinking to myself, really?” --from "Women Who Have the Chops (and the Punches and the Kicks)" by Julie Bloom

---"Bill Condon’s live-action remake of Beauty and the Beast presents an odd and dilated experience of this particular kind of uncanny nostalgia, without any acknowledgment of its own weirdness. It is at once discomfitingly familiar and unfamiliar. By consistently hitting certain marks hard (precise musical cues, familiar costumes, lines of dialogue, and a multitude of shot-for-shot reenactments that feel like torpid tableaux vivants), it relies upon the viewer’s assumed willingness to completely integrate the new fetish object and the lost original. In so doing, it suggests that the pleasures of mere recognition offered by this uncharismatic filmic doppelgänger should be enough to regain or even surpass the enchantment of its original for the return viewer. This is a remake that refuses to acknowledge the inevitable uncanniness of its status as such. In its dogged familiarity, however, the specter of the original only becomes more and more insistent. In the lackluster and slightly down-tempo musical numbers, it becomes harder and harder to be present in the movie theater while another (better) version is being simulcast on the screen of memory." --Sara Chihaya

---"Sofia Coppola on Bill Murray, Nicole Kidman, and the Movie that Made Her the Second Woman to Win Best Director at Cannes" by Lynn Hirschberg

---"To me, it’s telling the same story but from the women characters’ point of view. I would never want to remake someone else’s movie, but I love the premise of it. When I saw the movie I thought it was so… I don’t know… weird. It stayed in my mind. It’s a very macho guy’s point of view in this women’s world, so it started making me think about what it must have been like for the women during wartime. They were raised to relate to men, that was their whole role in the Southern world of that era, and now there’s no men. It was wartime but these women were left behind." --Sofia Coppola 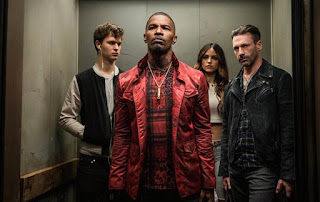 ---"It’s also important to remember that most of these images are actually sequences of images: Peter O’Toole blowing out the match followed by the sun rising over the desert, the baby carriage rolling down the steps amid the chaos and brutality of the attack by the Cossacks. And beyond that, each separate cinematic image is comprised of a succession of still frames that creates the impression of motion. They are recordings of instants in time. But the moment you put them together, something else happens. Every time I get back into the editing room, I feel the wonder of it. One image is joined with another image, and a third phantom event happens in the mind’s eye – perhaps an image, perhaps a thought, perhaps a sensation. Something occurs, something absolutely unique to this particular combination or collision of moving images. And if you take a frame away from one or add a couple of frames to the other, the image in the mind’s eye changes. It’s a wonder to me, and I’m far from alone. Sergei Eisenstein talked about it on a theoretical level, and the Czech filmmaker František Vlácil discusses it in an interview included on the Criterion edition of his great medieval epic Marketa Lazarová (1967). The film critic Manny Farber understood it as elemental to art in general – that’s why he named his collection of writings Negative Space. This 'principle', if that’s what you could call it, is just as applicable to the juxtaposition of words in poetry or forms and colours in painting. It is, I think, fundamental to the art of cinema. This is where the act of creation meets the act of viewing and engaging, where the common life of the filmmaker and the viewer exists, in those intervals of time between the filmed images that last a fraction of a fraction of a second but that can be vast and endless. This is where a good film comes alive as something more than a succession of beautifully composed renderings of a script. This is film-making. Does this 'phantom image' exist for casual viewers without an awareness of how films are put together? I believe it does. I don’t know how to read music and neither do most people I know, but we all 'feel' the progression from one chord to another in music that affects us, and by implication some kind of awareness that a different progression would be a different experience." --Martin Scorsese
Labels: Charlize Theron Ghost World Notable film and media links Sofia Coppola