From Observations on Film Art, an analysis of Casablanca by David Bordwell 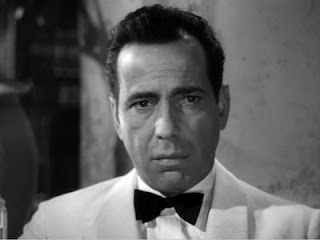 "Learning from a classic

When historians want to explain changes in film artistry, they have some options. One possibility is to focus on the influential individual, the great artist who inspires successors. Charles Rosen makes this case in The Classical Style, which concentrates on Haydn, Mozart, and Beethoven as prime innovators. Traditional film historians have singled out Griffith for this role; I’d add Ozu and Antonioni, in their respective contexts, as significant influencers.

A second option is to zero in on an individual work that became a prototype for other works. The Birth of a Nation, Potemkin, Citizen Kane, and The Bicycle Thieves have played this role in film histories.

A third possibility is to explain change through patterns of collective practice. Creative choices, disclosed in several (perhaps minor) works, propagate through a community and eventually establish norms. This seems to have been what happened with tableau staging and the system of continuity editing. They emerged in bits and pieces, as ad hoc practices that were forged into firm craft practice.

Without denying that some individuals, like Welles and Hitchcock, matter, and without denying that there are powerful models, such as Kane, my book was mostly committed to showing how narrative norms, pressured by competition and other factors, mutate across the 40s ecosystem. This emphasis on norms is one aspect of my research program.

So in re-watching Casablanca for my meeting with Lady P.’s podcast, I noticed some norm-abiding and norm-tweaking things I could have written about.

Classical plot construction (of course). Despite the legend of last-minute screenplay fixes, this is a tightly organized plot. Kristin’ s four-part structural template is in force. After shrewdly distributed exposition, Laszlo and Ilsa stroll into Rick’s at the 25-minute point. At the midpoint (about 50:00), Rick calls Ilsa a whore and she departs to meet Renault. The climax, I’d say, starts around 80:00, when Rick and Ilsa reconcile and he hatches his plan to rescue her and Laszlo.

The parallels are also well-carpentered. Rick is compared to both Laszlo (both have been activists) and Renault: both are in-between men, apolitical cynics who will convert to the cause. Ilsa is paralleled to Rick’s high-strung paramour Yvonne, as well as the Bulgarian woman who has concealed from her husband the fact that she traded her body for safe passage out of Casablanca.

Franker sexuality and Parker Tyler’s Morality of the Single Instance? Check-plus. When Ilsa comes to Rick’s apartment, they obviously do the thing. He later says they 'got Paris back last night.'

And of course it’s a feast of 40s character actors, including Rains, Lorre, Greenstreet (in a silly fez), Veidt, Kinskey, Dalio, and Sakall (aka Cuddles)."
Labels: Casablanca David Bordwell