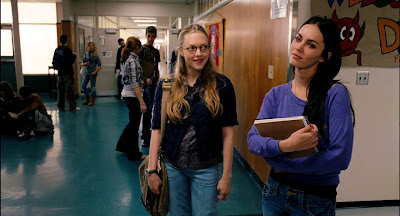 ---For Shadowplay, dcairns analyzes Hitchcock's Strangers on a Train.

---Richard Dorment of Esquire tries his best to follow the advice of Gwyneth Paltrow's GOOP website. Should he buy that $1850 watch for his wife for Christmas?

---The glamorous life (or living death) of a film extra:

Extras are a significant part of the production budget, especially in Britain. Which is why a lot of filming is going to Eastern Europe, where extras charge only $20 a day. The cost of extras is one of the reasons why epics such as Ben Hur are largely a thing of the past. Gandhi was the last – the funeral sequence alone required 300,000 extras.

But nowadays, where possible, crowds are digitised in. In Gladiator, they used 2,000 live actors to create a digital crowd of about 35,000 people. But for some of the crowd scenes, in addition to the real-life extras and the digital ones, they also used cut-outs made of cardboard.In Hollywood, there are at least two companies that can supply inflatable extras. Digital extras can look fake, and cardboard extras can look, well, cardboard, particularly if the camera moves. But inflatable extras are more rounded. They can be deflated, stored – a crowd of 10,000 can fit into one 50ft truck – and reused."
---"the post-Gore wave of eco-docs."
---Spike Lee and Stew discuss Passing Strange:
"AVC: One of the things that the play, and the movie, deals with is that the Youth is, to put it crudely, forced to choose between being an artist and being black. There’s no way to be bohemian in the middle-class neighborhood where he grows up, but in the largely white environments he escapes to, he’s equally an outsider. When white teenagers rebel, there’s a script laid out for them, but the Youth doesn’t have that option. S: What I’ve said before about Passing Strange is that black teen angst isn’t really documented enough. We’ve got a lot of white teen angst—been doing it since the James Dean movies.
AVC: Rebel Without A Cause.S: Exactly, right? But it’s like black teenagers, if I may say, we’re not just rebelling against what our parents are dealing with. We’re rebelling against our very place in society. See, James Dean was white. You know what I mean? He might have not liked Thurston Howell, or his dad, whoever, but James Dean was still white. When he wanted to leave home, he could go get a job. Right? A black teenager who wants to be punk-rock, he’s in a double bind. Because he’s pissed off his family, but now I’m black and punk-rock? You know what I mean? Where you gonna go? So it’s like this double bind. Black teenagers have it a little bit rougher. I’m sorry to say, but they just do. I’m hoping there’s a world at some point where it’ll be a little bit easier, but right now… Imagine how crazy people must have thought [Spike] was when he said, “I’m going to be a filmmaker.” If he’d said, “I want to be a baller,” they would have been like, “Well, at least we know 8 million ballers.” They must have said, “What are you talking about, man?” And they looked at me the same crazy way. Being a musician was like saying you wanted to be a bum, you want to be a drug addict, you want to die like Jimi Hendrix. Because that’s what musicians do, don’t they? Or, “Ooh, you’re a jazz musician? That means you want to be on heroin.” You know what I mean?"
---"Consuming Kids"--the cynical commercialization of childhood.

---In Twitter news, it can be fun to have a million Twitter followers, even though most users hardly tweet at all, and some say Twitter only succeeds because it is stupider than TV. When not detecting Twitter imposters, you can always read The Twitter Times when you aren't flipping through Google Fast Flip. 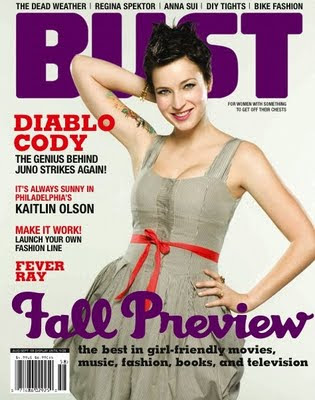 ---The rise of films within films, or how about 27 films about filmmaking?

---Russian trailers also give too much away.

---The 10 most iconic opening scenes in film history (Children of Men!)

---Some imagine that Jennifer's Body will bring on a Diablo Cody critical backlash. I wonder how much critical reception of the film will depend on each reviewer's receptivity to the film's feminist agenda. Then again, Sarah Ball begs to differ.