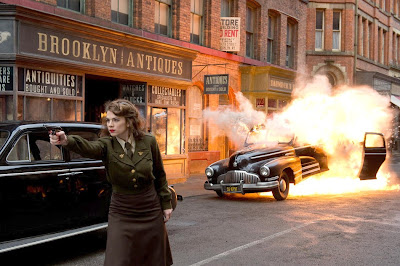 ---the trailer for every Oscar-winning movie ever

---Kirby Ferguson's "Everything is a Remix Part 3: The Elements of Creativity"
---an interview with Billy Wilder:
"There have even been some pleasant surprises. Outstanding among them was Gloria Swanson. You must remember that this was a star who at one time was carried in a sedan chair from her dressing room to the sound stage. When she married the Marquis de la Falaise and came by boat from Europe to New York and by train from there to Hollywood, people were strewing rose petals on the railroad tracks in her direction. She'd been one of the all-time stars, but when she returned to the screen in Sunset, she worked like a dog. Or take Shirley MacLaine; she was infected with that one-take Rat Pack all-play-and-no-work nonsense, but when she came to work for Iz and me in The Apartment, she got serious and worked as hard as anybody. Now she's playing drama. And of course Lemmon I could work with forever. Some stars I have trouble with, of course, but it can't be avoided because, after all, they are actors. In Sabrina, Bogart gave me some bad times, but he was a needler anyway and he somehow got the idea that Bill Holden, Audrey Hepburn and I were in cahoots against him. Bill at one point was ready to kill him."
---featurettes for Tree of Life, Cowboys & Aliens, The Walking Dead 2, and Captain America
---the fun of making Brazil and the fun of being an AOL content slave
---Dani Shapiro's #amwriting:
"I’ll check my email, I thought. On any given day, my in box contains the following: spam (Jetsetter vacation offers go live at noon! See what’s new for you at Net-a-Porter!), friends checking in (when are you next in the city? Drinks? Dinner?), spam from friends checking in (so-and-so thought you might be interested in the Jetsetter vacation . . . ). There are people who need something from me (these invariably begin with Dear Dani, I hope this finds you well), friends who need something from me (I hate to bother you but . . . ) Any of these have the potential to mess up my writing day, but most of all, any email containing the subject line: Bad News. Or when someone’s name is in the subject line. (They’re almost always dead.) An email from a friend entitled Some thoughts. (Uh-oh.)

But even on a day that holds no drama, there are other things that need attending to: someone has tagged you in a photo. Well, then. Don’t you need to see that photo? Someone has DM’d you on Twitter. It would be rude not to write back instantly—the medium virtually demands it. And then—what the hell!—you might as well go on Net-a-Porter to see what is, indeed, new for you this morning. What a pretty handbag! And those Jetsetter vacations sure do look intriguing. Morocco! You’ve always wanted to go to Morocco.When I say you, of course, I mean me. I mean me, this very morning. You may not find yourself lost—a half hour later—on a blog about trekking through Morocco at all. You may not accidentally end up contemplating a handbag. You may tumble out of bed in the morning and go straight to work, do not pass go. You may, as I have come to think of it, pull a Franzen, and have a dedicated computer, stripped down of all bells and whistles until it resembles a Smith Corona in the limited nature of its possible functions. You may put on ear muffs. A blindfold. You may work in a room with blackout shades. A writing studio in the woods with nothing more than a rickety desk, a pad (the old-fashioned paper kind) and a pen.

Well, good for you."
---famous opening lines of novels updated:
“Alice was beginning to tire of sitting by her sister on the bank. She took out her iPhone and played Angry Birds for the next three hours.”
---a retrospective of Woody Allen surrogates
---Mike Nichols discusses Carnal Knowledge
---the Clash live in Manchester 1977
---Scott Tobias on Soderbergh's Schizopolis 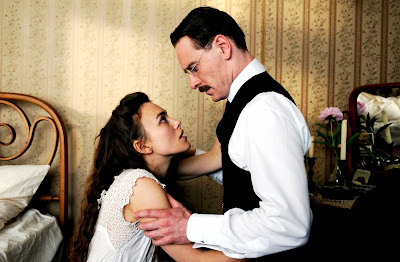 ---trailers for The Last Circus, A Dangerous Method, Killer Elite, and The Big Picture
---Paul Graham's "The Age of the Essay"
---"Superstars Don't Love"
---the end of anonymity
---lastly, the advantages and disadvantages of not going out of the house
Labels: Notable film and media links