Rosenbaum on Baumbach's Kicking & Screaming and other links 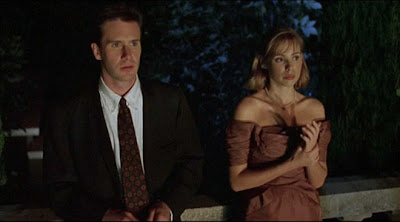 ---Chernokids
---Willand's "World of the Living Dead":
"Plunging the variously entrapped groups of humans into crises of trust, the zombie threat rips away the veneer of polite civilisation to reveal the genuine pervasive dynamic of capitalist-apocalyptic society. In the face of existential peril, with the constant possibility that fellow humans will turn zombie, cooperation and persuasion vanish; the violent effort of the battle for survival inevitably replaces the ethical effort of compromise, and the state of exception becomes the rule. Zombies induce in humans “the sadism of false necessity”.The true message of these films, as Williams notes, is that “The humans prove to be your real enemies.” In normal times, this truth is hidden from us; comfortable community is guaranteed by a conscienceless state which displaces all internal tension outwards by excluding the Other. Yet the zones of exploitation and deprivation in our world — the “combined and uneven apocalypse” gradually unfolding every day — are not antiquated aberrations to an otherwise progressive system, glitches to be swept away by the tide of globalisation, but quite the opposite: this oppression is necessary to secure our own abundant bourgeois existence. Williams appeals to the zombie motif’s pre-Romero roots to show that its primary connotation is exploitative labour, not compulsive consumerism; in Haitian folklore, zombies were the undead summoned from their graves to work as slaves for their voodoo master. The appearance of the zombie horde represents the concealed exploited making their repressed exclusion manifest; the contradiction in the system threatening to annihilate it in a puff of dialectic.
In the face of this diagnosis Williams proposes a tentative antidote. Centering his ethic on the notion that the apocalypse is already happening, in some places more visibly than others, Williams suggests that we must accelerate this process, stripping away the tattered remnants of capitalist illusion to reveal the true consequences of its structures."
---"You are not a gadget--yet" as you move towards "collectivized, dematerialized screen living"
---John Carpenter: Fear is Just the Beginning
---Klare's "How to Wreck a Planet 101":
"Here’s the bottom line: Any expectations that ever-increasing supplies of energy will meet demand in the coming years are destined to be disappointed. Instead, recurring shortages, rising prices, and mounting discontent are likely to be the thematic drumbeat of the globe’s energy future. If we don’t abandon a belief that unrestricted growth is our inalienable birthright and embrace the genuine promise of renewable energy (with the necessary effort and investment that would make such a commitment meaningful), the future is likely to prove grim indeed. Then, the history of energy, as taught in some late twenty-first-century university, will be labeled: How to Wreck the Planet 101." 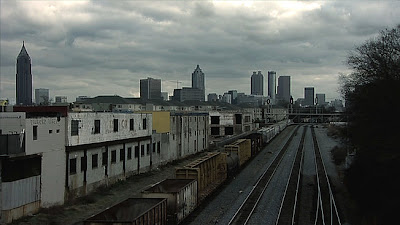 ---Rosenbaum on my favorite film of the moment: Baumbach's Kicking & Screaming
---climate change, the scarcity of food, and what's left of the fish of the sea
---Rick Poyner considers the design of Criterion Collection DVDs
---Mullholland Drive the ABC pilot
---@mattzollerseitz chooses 10 montages
---the apprenticeship of Jhumpa Lahiri
---Sheldon Renan's An Introduction to the American Underground Film
---our age of ideologically motivated misinformation:
"The slow collapse of the newspaper industry and the growth of online, less professionalized news sources, while salutary from a Deweyan conversational perspective, has also opened up public discourse to additional infusions of ideologically motivated misinformation.

The results are all around us. Did Saddam Hussein attack the World Trade Center? Did the Obama health-care reform bill call for “death panels”? Is man-made global climate change a hoax or nothing more than a purposeful conspiracy of scientists seeking greater funding? Do tax cuts for millionaires and billionaires really pay for themselves? “The quack, the charlatan, the jingo, and the terrorist, can flourish only where the audience is deprived of independent access to information,” wrote Lippmann. But as we see today, he was being overly generous. They can thrive just as easily when elites cannot be bothered to provide accurate information or refuse to do so in the service of their own political, ideological, or economic interests. That such questions even need to be addressed is, sadly, a significant victory for those against whose machinations and manipulations both Lippmann and Dewey sought to defend us."

---"5 Technologies That Will Shape the Web" by Elise Ackerman

---trailer for General Orders No. 9 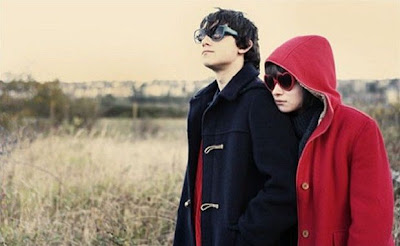 ---the introduction to Farivar's The Internet of Elsewhere