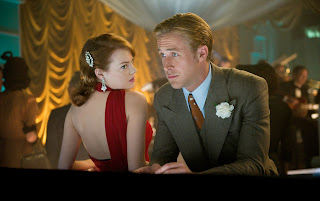 ---"the internet is full of liars, cheats, and charlatans who want only one thing: your attention"

---"But what all these climate numbers make painfully, usefully clear is that the planet does indeed have an enemy – one far more committed to action than governments or individuals. Given this hard math, we need to view the fossil-fuel industry in a new light. It has become a rogue industry, reckless like no other force on Earth. It is Public Enemy Number One to the survival of our planetary civilization. `Lots of companies do rotten things in the course of their business – pay terrible wages, make people work in sweatshops – and we pressure them to change those practices,' says veteran anti-corporate leader Naomi Klein, who is at work on a book about the climate crisis. `But these numbers make clear that with the fossil-fuel industry, wrecking the planet is their business model. It's what they do.'

According to the Carbon Tracker report, if Exxon burns its current reserves, it would use up more than seven percent of the available atmospheric space between us and the risk of two degrees. BP is just behind, followed by the Russian firm Gazprom, then Chevron, ConocoPhillips and Shell, each of which would fill between three and four percent. Taken together, just these six firms, of the 200 listed in the Carbon Tracker report, would use up more than a quarter of the remaining two-degree budget. Severstal, the Russian mining giant, leads the list of coal companies, followed by firms like BHP Billiton and Peabody. The numbers are simply staggering – this industry, and this industry alone, holds the power to change the physics and chemistry of our planet, and they're planning to use it." --Bill McKibben

---an interview with Susan Sontag

---"short films are the new proof-of-concept"

---The Art of Logo Design

---"Reading about Indiana’s `fiery' hydrants elicited one of those slightly eerie moments when it feels as though we are living in the future. While the slow drift toward the corporate end times may have a long backstory, we are drawing closer to a cultural relationship with products and mass entertainment that once existed only in speculative fiction. (Of course, this is natural: as time progresses, the world rightly, and often unfortunately, begins to resemble what was predicted by the most brilliant and imaginative artists of the past.) In Infinite Jest, Wallace’s wry and, at times, cloying repetition (often in the form of acronyms) of all those goofy year titles is one of the many ways in which he uses a hyperbolic marketing-crazed future to satirize his marketing-crazed present. The book’s most memorable argument—that entertainment will eventually become so captivating as to be debilitating, and even deadly—is of a kind with many moments in fiction in which people of the future destroy themselves through their urges to consume. It is a key element in literature ranging from science fiction to literary theory that as the barriers of individual consciousness degrade we absorb a kind of shared cultural consciousness full of corporate junk. In this version of dystopia, advertising becomes more pervasive, consumer culture supplants traditional culture, and language itself, from place names to common nouns, is subsumed by the things we buy and sell." --Ian Crouch

---The Hamster Factor and Other Tales of 12 Monkeys

---The Family that Dwelt Apart

---the opening titles of Se7en 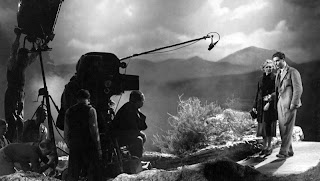 ---"most ‘pure’ movie thrillers, especially when you think of Hitchcock, are either fantasies fulfilled or anxieties purged. The 39 Steps is one of the few, if not the only one, that does both at the same time."--Robert Towne

---"Mike is no exception. Not only does he dance at Xquisite; he balances the books. He manages two construction businesses and hopes to start his own custom furniture company. In the movie's central scene Mike attempts to sweet-talk a bank officer into granting him a small business loan; it's the first time his charisma proves unsuccessful (all his savings are in cash), and it hints at his comeuppance in the final act. The scene also reveals the barriers to upward mobility in the current economy, which is what Magic Mike is really all about. The most surprising thing about the movie is its prosaic view of working life: for every titillating striptease, there's a reminder of the unglamorous work that goes into the show (constant exercise, resewing the hems on thongs, massaging the strippers with spray-on tan)."  --Ben Sachs

---"I think that it is a different climate today. I do not think Oliver Stone gets JFK made today. Unless they can make JFK fly. If they can’t make Malcolm X fly, with tights and a cape, it’s not happening. It is a whole different ball game. There was a mind-set back then where studios were satisfied to get a mild hit and were happy about it; it helped them build their catalogues. But people want films to make a billion dollars now, and they will spend $300 million to make that billion. They are just playing for high stakes, and if it is not for high stakes, they figure it is not worth their while."  --Spike Lee