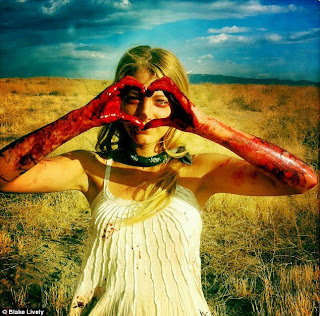 ---the elevator scene of Drive

---"We are on pace to eat to death half of the other life sharing the planet with us."

---"The film scholar should see as much as possible and write about as much as possible. I take a transcendental view of the role of the critic.  He must aspire to totality even though he knows he will never attain it." --Andrew Sarris

---"We have a generation of individuals who are willing to take someone's life for fifty dollars, a hundred dollars."

---"Rex Tillerson, ExxonMobil CEO, said issues like climate change, energy dependence and oil/gas drilling are blown out of proportion. He blames a lazy press, illiterate public and fear-mongering advocacy groups for the bad light placed on the oil industry.

Climate change is a controversial topic that has been subjected to much debate. Tillerson said that fossil fuels may cause global warming, but argued that humans can easily adapt to the warmer climate. More specifically, he said that humans can adapt to rising sea levels and climate changes because he doubts the validity of climate modeling, which predicts the magnitude of impact associated with climate change.

`We have spent our entire existence adapting,' said Tillerson. `We'll adapt. It's an engineering problem and there will be an engineering solution.'"

---behind the scenes of Die Hard 5 and Blade Runner

---Three Reasons: Down by Law

---"Unlike losing a job, the fear of losing the job you have is not a discrete, socially visible event. Your course of action isn’t clear because you don’t know whether or how the job loss will occur. Things like unemployment insurance weren’t meant for your situation. There’s no intervention mechanism. You may become paranoid at work – and for good reason. Some managers have been known to try to get employees to quit so that they don’t have to pay for unemployment insurance. The collegial feeling among workers can curdle into cut-throat competition."

---the title sequence of Boardwalk Empire 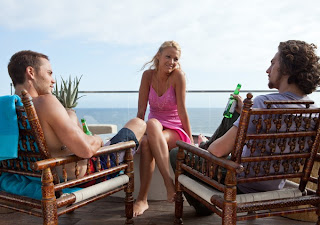 ---Comedians in Cars Getting Coffee

---"Friedkin is happy to spend his last few free minutes before being whisked away fielding a few more questions. He is asked if there are any contemporary directors he admires. `Paul Thomas Anderson and the Coen Brothers. And, eh... who else?' There is a very long pause. `Well, the Coen Brothers and Paul Thomas Anderson.' He lets this hang for a beat before another director occurs to him. `I like Wes Anderson’s work. I think he’s an interesting and original filmmaker. But I’ve been most influenced by many others like Hitchcock, and Orson Welles, the French New Wave, and the English New Wave of the 1960s. Tony Richardson, Karel Reisz, John Schlesinger... those were the films that influenced me. The Italian neo-realists, and some of the American classic directors of the 40s and 50s like John Ford of course, Joseph Mankiewicz, and the directors of the musicals, like Vincente Minnelli and Stanley Donen. I know Mr Donen, and he’s still alive, I’m a great admirer of his work.'"

---how we die
Labels: Notable film and media links Savages