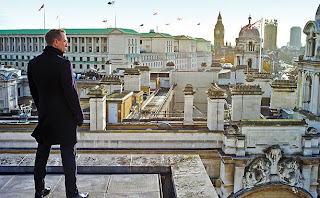 ---the growth of Wal-Mart

---the female-directed films of the Toronto International Film Festival

---"If you think that people can’t seem to make a move without consulting their phones today, well, you ain’t seen nothing yet."

---"The Long Suicide of Montgomery Clift" by Anne Helen Petersen

---"A Place of Dreams, a Source of Villainy: How Foreign Movies Portray America" by Max Fisher

---Matt Zurcher's study of Paul Thomas Anderson: "There Will Be Blood and Symmetry"

---trailers for The Bay, This Must Be the Place, The Company You Keep, Twilight Saga: Breaking Dawn Pt. 2, last and least, Atlas Shrugged, Pt. 2

---"We are five years into a severe global food crisis that is very unlikely to go away.  It will threaten poor countries with increased malnutrition and starvation and even collapse.  Resource squabbles and waves of food-induced migration will threaten global stability and global growth.  This threat is badly underestimated by almost everybody and all institutions with the possible exception of some military establishments."  --Jeremy Grantham

---"[Willis] so often left her full train of thought exposed like a nerve—leaving in first-blush impressions, even when they were prejudicial or patently ridiculous, at times allowing herself to come off as unfashionable, unkind, even prudish. Her essays are long arcs toward an answer—an answer that sometimes eludes her. As the political and social battles she fought have either faded away or changed shape, her humility remains startling. In our world of binary polemics and Like-button activism, to suggest that thought is a process and ideas the result of a narrative is startling, energizing—countercultural, even." --Karina Longworth

---Aleksander Hemon profiles the Wachowskis as they work on Cloud Atlas 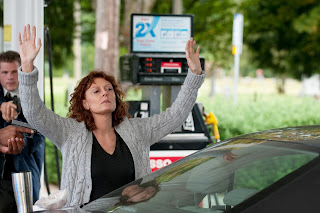 ---"This new situation, which was accompanied by the oft-articulated perception that motion pictures, as they had existed in the century following the Lumière brothers’ first demonstration of their cinématographe, had entered a period of irreversible decline, arises from a technological shift in the basic motion picture apparatus—namely, the shift from the photo- graphic to the digital that began tentatively in the 1980s, and gathered momentum from the mid ’90s onward. The digital turn occurred in the midst of and was amplified by pre-millennial jitters, not unlike the fantasy that the world’s computers would crash when the date shifted from December 31, 1999 to January 1, 2000.

The second, more unexpected and less rational, reason for the new situation occurred barely nine months into the twenty-first century. This was a world-historical happening, namely the events of September 11, 2001. As watched by millions "live" and in heavy rotation on TV—which is to say, as a form of cinema—these events could not help but challenge, mystify, and provoke filmmakers as individuals while, at the same time, dramatizing their medium directly in an impersonal way. No less than "Titanic" or "The Lord of the Rings" trilogy or the saga of "Harry Potter" (and actually, a good deal more so), the events of 9/11 were a show of cinematic might.

This is not to say that twentieth-century cinema no longer exists— even nineteenth-century cinema is with us still. But the digital turn, accompanied by a free-floating anxiety regarding the change in cinema’s essential nature and a cataclysmic jolt out of the clear blue sky that, for the vast majority of the world’s population, was apprehended as a manmade cinematic event, have all combined—perhaps conspired—to create something new. That new thing is the subject of this book." --J. Hoberman

Maurice Mitchell said…
This is a watershed moment in cinematic history. Wachowski's or not FilmDr.
September 11, 2012 at 2:52 PM

The Kid In The Front Row said…
Just discovered your blog, been enjoying your content and the links to all the wonderful websites, great stuff!
September 13, 2012 at 5:23 PM