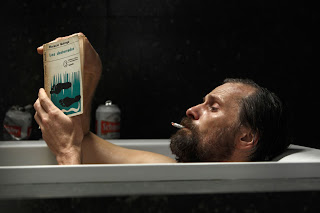 ---"many men are engaging in a sit-down strike. In macho cultures, such as those of Spain, men import poorer, more traditional women from other countries to marry. In Japan, Ms. Rosin reports, men are causing something of a national crisis because of their indifference to dating, marrying and even having sex. . . .

Then, men complained of clinging, freeloading wives; now Ms. Rosin hears repeatedly from women that, in the words of one executive, women should `be very careful about marrying freeloading, bloodsucking parasites.'"

---“The worst thing for human beings,” says Greenfield, “is not getting attention."

---the opening credits of Twin Peaks

---"On February 22nd, the day the novel was published in America, there was a full-page advertisement in the Times, paid for by the Association of American Publishers, the American Booksellers Association, and the American Library Association. `Free People Write Books,' it said. `Free People Publish Books, Free People Sell Books, Free People Buy Books, Free People Read Books. In the spirit of America’s commitment to free expression we inform the public that this book will be available to readers at bookshops and libraries throughout the country.' The PEN American Center, passionately led by his beloved friend Susan Sontag, held readings from the novel. Sontag, Don DeLillo, Norman Mailer, Claire Bloom, and Larry McMurtry were among the readers. He was sent a tape of the event. It brought a lump to his throat. Long afterward, he was told that some senior American writers had initially ducked for cover. Even Arthur Miller had made an excuse—that his Jewishness might be a counterproductive factor. But within days, whipped into line by Susan, almost all of them had found their better selves and stood up to be counted." --Salman Rushdie

---trailers for Snowman's Land, Everybody Has a Plan, and Wreck-It Ralph 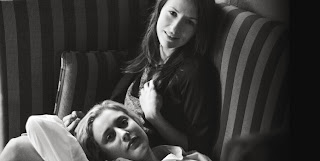 ---The Truth about Dishonesty

---"Baumbach tackled post-college ennui in his 1995 debut feature, Kicking and Screaming (that film's star, Josh Hamilton has a small role in Frances), but moved on to explorations of divorce (The Squid and the Whale), family dysfunction (Margot at the Wedding) and adult drift (Greenberg).

Returning to the subject at age 43, Baumbach acknowledged that he brings a different perspective — or as he joked, `farness' — to that period in one's life. `I could in some ways have the distance of the director: How will I shoot this? What is the best way to tell this story? Probably not being 27 helped me do that in a more efficient way. But I also totally connect to the story.'

Baumbach shot Frances Ha digitally on what he calls a `modest budget' and opted to make the movie in black and white in part to replicate the look of the collaborations between Woody Allen and cinematographer Gordon Willis on films such as Manhattan."

---"The more I talk with PhDs around the country, the more I learn that my husband’s and my situation isn’t that, um, unique. There are PhDs who have secure jobs but who live thousands of miles from their families; PhDs who resemble nomads moving from state to state after their lectureships and VAPs have ended; PhDs who have given up on academia altogether because of the poor job market, the politics, and the bad taste it has left in their mouths; PhDs who cobble together a `salary' by adjuncting at 2-4 different schools (often miles apart); and PhDs who live on unemployment (until it runs out), with no insurance, and no extra income from a spouse or partner to help make ends meet. As a professor tweeted earlier this week, 'Academia is such a racket.'” --Kelli Marshall
Labels: Notable film and media links point-of-view