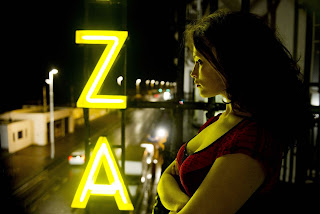 ---"Challenge everything, I heard her say between the lines, and sometimes An opinion is an action, a flag planted, a flare shot to the sky. Movies and love and life are one. Know everything, and then know more. And above all else — know what you find in Charade is just as valuable, if not more so, than in The Seventh Seal"

---behind the scenes of City Lights

---"Citizens of the world.  We have seen the erosion of due process."

---"From Rushmore to Moonrise Kingdom (shamefully neglected by this year’s Academy voters), Wes Anderson’s films readily, even eagerly, concede the 'miniature' quality of the worlds he builds, in their set design and camera-work, in their use of stop-motion, maps, and models. And yet these miniatures span continents and decades. They comprise crime, adultery, brutality, suicide, the death of a parent, the drowning of a child, moments of profound joy and transcendence.

Vladimir Nabokov, his life cleaved by exile, created a miniature version of the homeland he would never see again and tucked it, with a jeweler’s precision, into the housing of John Shade’s miniature epic of family sorrow. Anderson—who has suggested that the breakup of his parents’ marriage was a defining experience of his life—adopts a Nabokovian procedure with the families or quasi families at the heart of all his films, from Rushmore forward, creating a series of scale-model households that, like the Zemblas and Estotilands and other lost 'kingdoms by the sea' in Nabokov, intensify our experience of brokenness and loss by compressing them. That is the paradoxical power of the scale model; a child holding a globe has a more direct, more intuitive grasp of the earth’s scope and variety, of its local vastness and its cosmic tininess, than a man who spends a year in circumnavigation." --Michael Chabon

---trailers for Lawrence Anyways, Fast and Furious 6, Somebody Up There Likes Me, From Up on Poppy Hill, Inequality for All, Byzantium, and I'm So Excited 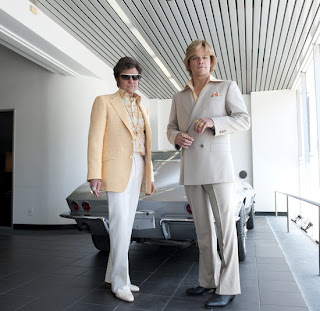 ---"The individual has now risen to the level of a mini-government or mini-corporation. Via YouTube and Twitter, each of us is our own mini-network. The trajectory of nearly all technology follows this downward and widening path: by the time a regular person is able to create his own TV network, it doesn’t matter anymore that I have or am on a network. The power of the technology cancels itself via its own ubiquity. Nothing really changes: the individual’s ability to project his message or throw his weight around remains minuscule. In the case of the Web, each of us has slightly more access to a mass audience — a few more people slide through the door — but Facebook is finally a crude personal multimedia conglomerate machine, a ham-fisted personal nation-state machine, a reality-show machine." --David Shields