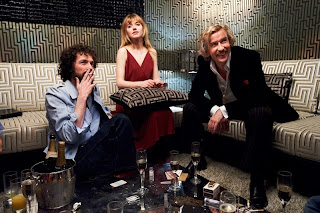 ---"if a million Google Glasses go out into the world and start storing audio and video of the world around them, the scope of Google search suddenly gets much, much bigger, and that search index will include you. Let me paint a picture. Ten years from now, someone, some company, or some organization, takes an interest in you, wants to know if you’ve ever said anything they consider offensive, or threatening, or just includes a mention of a certain word or phrase they find interesting. A single search query within Google’s cloud – whether initiated by a publicly available search, or a federal subpoena, or anything in between – will instantly bring up documentation of every word you’ve ever spoken within earshot of a Google Glass device."

---"Historically, the United States has stood ready and able to throw billions of dollars at a military campaign with no clear rationale or well-defined objective,” said spokesman Harland Dorrinson. “Our capacity to wage war willy-nilly is now in jeopardy.”


In the past, Mr. Dorrinson said, the Pentagon has had the resources to fight three meaningless and completely random wars at any given time, “but now in our planning meetings we are cutting that number back to two.”
Sen. Lindsey Graham (R—S.C.) agreed about the catastrophic effects of the Pentagon cuts, telling reporters, “The ability of the United States to project its military power in an arbitrary and totally capricious way must never be compromised.”

---"We unfortunately can’t pay you for it, but we do reach 13 million readers a month."

---Nathaniel R. considers the best shot of The Wizard of Oz

---3 takes on Lubitsch's Design for Living

---"Thoughts on the Mighty Kong"

---"The Galgenhumor of our era," Appelbaum told me in an email, "revolves around things that most people simply thought impossible in our lifetime." He lists a number of chilling examples, including indefinite detention under the National Defense Authorization Act of 2012, warrantless wiretaps, drone strikes, state-sponsored malware, and the Patriot Act.

"It isn’t a great time to be a dissenting voice of any kind in our American empire," he continues. But it isn’t the myriad of ways that civil liberties have been gutted that we’ll look back upon. "What we will remember is the absolute silence of so many, when the above things became normalized." 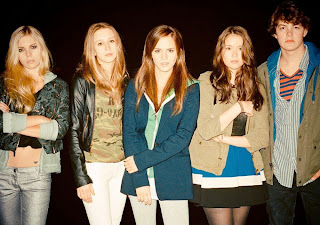 ---trailers for The Bling Ring, Much Ado About Nothing, Milius, To The Wonder, The Look of Love, Frances Ha, What Maisie Knew, Disconnect, and The Conjuring

---What is Cinema Verite?

---3 Reasons: On The Waterfront

The Film Doctor said…
Thanks, felix. I hate it when that happens. It seems weird to see Hermione consumed by blank Los Angeles materialism. Bret Easton Ellis should like it.
March 9, 2013 at 7:30 AM