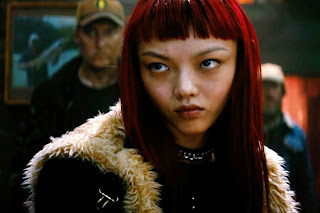 ---The Possibility of Hope

---jobs in the filmmaking industry

---"Above all, watching Heaven’s Gate in what may be presumed to be its final form (unless the inveterate tinkerer Cimino has more tricks up his sleeve), I was struck by how inseparable the film’s beauty now seems from what we know of its disaster. Swooning over a wide shot of an old-time train steaming through a Wyoming valley, you can’t help but remember the story of how Cimino insisted on having an authentic steam engine shipped across the country on a flatbed truck. Delighting in Huppert’s quicksilver performance—the moment when, naked but for a quilt around her waist, she lets out a shout of pure animal joy—you also immediately understand why the studio executives thought she was so wrong for the part, and why audiences of the time were confused by this wispy, heavily accented French actress in the role of a steely frontier whorehouse-runner. And even as you marvel at the film’s breadth of vision and exquisite attention to historical detail, a part of you identifies with the studio heads slapping their foreheads at Cimino’s perfectionism and grandiosity—this is not the work of an artist who knows what it is to kill his darlings. Seen through the scrim of three decades, the movie’s excess of visual and sensory pleasure can’t help but recall the excesses of its production. And our knowledge that no movie like Heaven’s Gate will ever be made again—in part because of shifts in the industry wrought by Cimino’s own folly, in part simply because of changes in technology and taste—adds an extra pang of melancholy to the film’s final image: a man standing on the deck of a boat that’s gradually receding out of sight."--Dana Stevens

---the consecration of Tilda

---"Almost every movie makes too much sense. That’s why we call them movies — they’re very different from life. And usually in a movie, at the end, you feel satisfied because everything is in order, and everything makes sense… But from my point of view real life doesn’t make sense. Every day you experience stuff that is not necessarily perfectly scripted… When you dream your unconscious makes connections with things that are not supposed to be connected. I really do think it’s the same in real life, I think life would be super-boring if everything was scripted." --Quentin Dupieux

---What is a repetition? A repetition is the re-enactment of past experience toward the end of isolating the time segment which has lapsed in order that it, the lapsed time, can be savored of itself and without the usual adulteration of events that clog time like peanuts in brittle.” --Walker Percy 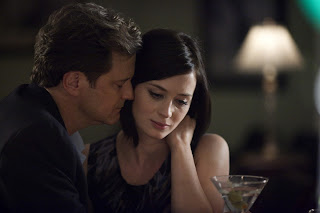 ---"In the essence it’s just . . . stuff where he wanders around Cairo trying to uncover the mystery of his puzzle. At the same time, you meet all these interesting characters and every once in a while somebody throws a knife at him, or he beats somebody up, or somebody beats him up. Typical Middle Eastern stuff."  --George Lucas