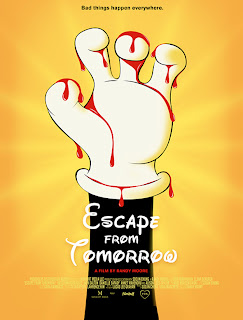 Due to a challenging semester with new class prep and the need to direct a play, I will not be able to write my usual amount of blog posts for the next few months (much as I would like to). With films like Riddick, Getaway, and One Direction: This Is Us in 3D in theaters, it scarcely seems to matter at the moment.

---Anne Helen Petersen amongst the theoryheads

---The Importance of Depth of Frame

---from Richard Rushton's The Politics of Hollywood Cinema

---"Why hasn't the US fixed this yet? A. It's complicated. To burn down Oxford would be sad. Do nothing, and Britain remains dangerous."   --Teju Cole

---"Today, everybody expects to be entertained, and they expect to be entertained all the time. . . . [E]veryone must be amused, or they will switch: switch brands, switch channels, switch parties, switch loyalties. This is the intellectual reality of Western society at the end of the century. In other centuries, human beings wanted to be saved, or improved, or freed, or educated. But in our century, they want to be entertained. The great fear is not of disease or death, but of boredom. A sense of time is on our hands, a sense of nothing to do. A sense that we are not amused."  --Michael Crichton

---a scene from The Zero Theorem

---after you finish your script

---how to make your microbudget film

---"observations on the long take"

---The History and Science of the Color Film

---the NSA will not tolerate mockery

---a BBC documentary on the Coen brothers

---"[Love Is Colder Than Death] also thwarts conventional audience identification with its protagonists. They are like mannequins, posed in static tableaux, often in stark, white rooms. Fassbinder’s camera rarely moves as it surveys their follies in self-consciously long takes. But his attitude toward them never seems patronizing; rather, he distills behavior into gestures, and language into basic, childlike words. In a 1969 interview, he called these characters “poor souls . . . who didn’t know what to do with themselves, who were simply set down, as they are, and who weren’t given a chance.” Though Fassbinder was influenced by Hollywood and French New Wave depictions of the criminal underworld, there’s no glamour to the lives of gangsters in his world—he sees them not as cool rebels but as symbols of capitalist exploitation, victims of bourgeois society, and therefore as trapped in the muck of the everyday as everyone else." --Michael Koresky 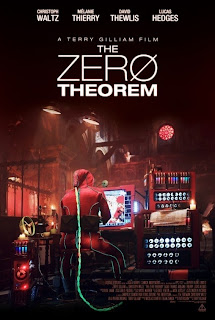