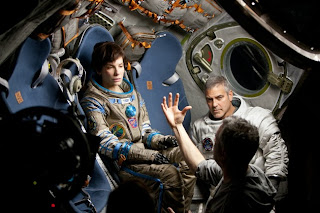 ---"In its first week on the air, ET made good on its promises to affiliates, earning a 12.6 national rating—enough to make it the highest-rated national newscast. But early reviews were not kind. The hosts were 'dreadful'; the news was 'so soft it squishes'; it was 'People Magazine without that fine publication’s depth.' One critic deemed it a 'press agent’s dream,' calling out a recent on-set visit to Paramount-produced Grease II as pure promotional propaganda. In decrying ET’s intimacy with the industry, critics were in fact criticizing the designed cooperation between the production cultures at ET and the studios. In other words, ET was intended to be a press agent’s dream and serve as a promotional vehicle for Paramount, not an independent journalistic outsider. These functions were not intended to be visible to the average viewer, only the savviest of whom would even realize that the show was produced by the same corporation as Grease II."  ---Anne Helen Petersen

---Introduction to Color in Digital Filmmaking

---"The cultural origins of urbex would include, to my mind, Tarkovsky's Stalker, the fiction of JG Ballard, old-school mountaineering and caving, blasts of steampunk (there is a love of girders, rivets and brickwork), console culture (Bioshock), apocalypse dreams (from Planet of the Apes to The Road), the Mission Impossible films and (inevitably) Guy Debord and his situationist dérive – the randomly motivated walk designed to disrupt habitual movement through the cityscape." --Robert Macfarlane

---"But Kraus had changed me. When I gave up on short stories and returned to my novel, I was mindful of his moral fervour, his satirical rage, his hatred of the media, his preoccupation with apocalypse, and his boldness as a sentence-writer. I wanted to expose America's contradictions the way he'd exposed Austria's, and I wanted to do it via the novel, the popular genre that Kraus had disdained but I did not."  --Jonathan Franzen

---behind the scenes of Rosemary's Baby and The Three Colors Trilogy

---"Everyone, including Dietrich herself, agrees that her Sternberg period was her greatest. In his films her toughness and sexual provocation were not so much veiled as enhanced and counterpointed by something protective, caressing, resigned, and even sad in her gestures and intonations, something dreamy and mysterious in her appearance (the result of virtuoso camera work). This is true even in The Blue Angel where she plays a cheap and callous little tart." --Gabriele Anan 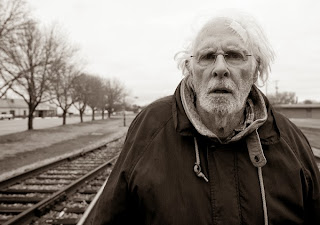 ---trailers for Broken Circle Breakdown, Gravity, Open Windows, The Last Days on Mars, Design is One, and Nebraska

---an interview with Alfonso Cuaron