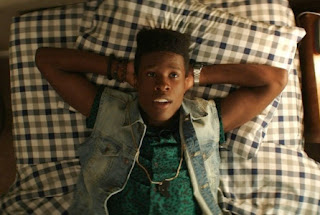 ---"we’re distracted because our souls are troubled. The comedian Louis C.K. may be the most famous contemporary exponent of this way of thinking. A few years ago, on 'Late Night' with Conan O’Brien, he argued that people are addicted to their phones because 'they don’t want to be alone for a second because it’s so hard.' (David Foster Wallace also saw distraction this way.) The spiritual theory is even older than the material one: in 1874, Nietzsche wrote that 'haste is universal because everyone is in flight from himself'; in the seventeenth century, Pascal said that 'all men’s miseries derive from not being able to sit in a quiet room alone'" --Joshua Rothman

---Celluloid Ceilings and a guide to cult female filmmakers

---"the celebrity is a curiously contradictory figure, entitled to enjoy all the benefits a consumer culture has to offer while being merely another product for sale in the marketplace." --Brad Stevens

---“'These white folks, they think the world belongs to them,' Grandma told me 12 hours after Susie Jackson, Ethel Lance, Clementa Pinckney, Tywanza Sanders, Cynthia Hurd, Sharonda Coleman-Singleton, Depyane Middleton Doctor, Daniel Simmons and Myra Thompson were murdered in a black Charleston church by a cowardly white American thug. 'White folks been misusing us since I been in this world, if you wanna know the truth, Kie. If you expect any thing more after all they done, you the world’s biggest fool.'” --Kiese Laymon

---Fantasia of Color in Early Cinema

---"I consider Vera to be noir’s most subversive femme fatale, a repellent yet magnetic calamity of a woman whose unfettered ferocity makes us realize just how conventional so many other bad girls really were."  --the Nitrate Diva

---"Dr Aled Jones, the Director of the Global Sustainability Institute, told Insurge Intelligence: 'We ran the model forward to the year 2040, along a business-as-usual trajectory based on ‘do-nothing’ trends — that is, without any feedback loops that would change the underlying trend.

'The results show that based on plausible climate trends, and a total failure to change course, the global food supply system would face catastrophic losses, and an unprecedented epidemic of food riots.

---"All of these are potential conflict scenarios and it all comes down to food — all these scenarios are driven by food. I can see huge mayhem and larger use of violence in the future, and I’m perfectly prepared to believe that would include nuclear violence, but more likely it will be the death of a thousand cuts … most things are." --Gwynne Dyer

---"Star Wars sucks. There, we said it." by Jaime Weinman

---"Fickleness is always something to reckon with in the digital age – fickleness in its many mutations from month to month. We have seen, on this very blog, conversation ebb away and migrate somewhere else (mainly to Facebook), as some (including myself) have noted or complained. I am all too aware, in my own daily digital habits, of an ever-growing tendency to bookmark or download texts rather than actually read them – a constant ‘deferral’ which didn’t happen, by and large, when I actually bought the darn things to have and to hold. Digital fickleness is a complex phenomenon linked to many too-easily-evoked-but-less-well-understood things: distraction, novelty, spectacle, and the kinds of long-range and short-span mental ‘retentions’ that Bernard Stiegler discusses (sometimes in a rather old/high culture fashion) in his work. I was recently introduced (thanks to Catherine Grant and Chiara Grizzaffi in a conference at University of East Anglia) to the ideas of Kenneth Goldsmith, guru of ‘uncreative writing’, who joyfully argues for the benefits of media-age distraction, on the basis of roughly Surrealist reasons: being suspended between multiple ‘inputs’, navigating between them, is something akin (for him) to the Surrealist practice of the willed, waking dream-state, open to the drifts and sparks of the creative unconscious. But fickleness in action has, naturally, its callous, oblivious, indifferent side, too – and that can infect our efforts at creating a film culture when we least expect it." --Adrian Martin

---trailers for Rock the Kasbah, A Deadly Adoption, Trainwreck, The Stanford Prison Experiment, Queen of the Desert, Legend, The Runner, The Secret Life of Pets, Sicario, Boulevard, and Final Girl

---"The Fisher King: In the Kingdom of the Imperfect" by Bilge Ebiri

---Cinephilia and Beyond celebrates Sweet Smell of Success

---an oral history of Clueless

---Dope, which premiered at Sundance and arrives in theaters this week, is every inch a coming-of-age story, but it’s about being black as much as it’s about growing up. Writer / director Rick Famuyiwa (The Wood, Brown Sugar) has created a heady hybrid of a John Hughes teen comedy and a John Singleton hood drama: his characters are as concerned about going to prom and getting the girl as they are with surviving in the midst of ever-present gang violence." --Kwame Opam 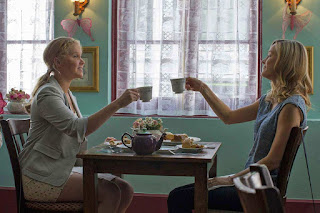 ---Children of Men: Behind the Scene