anesthesia of the loudness links 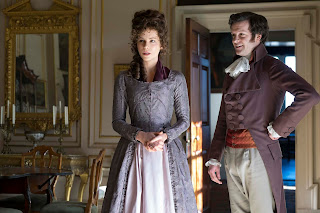 ---The American Dream in Film

---"Sequel after sequel has disappointed at the box office this year."

---a scene from American Psycho

---"X-Men, meanwhile, is iconography in reverse. No one — outside of their personal accountants — will associate Michael Fassbender with Magneto, or Jennifer Lawrence with Mystique, or James McAvoy with Professor X when they look back on their careers. These parts are IMDb filler; celebrity curios; walking, knowing smirks. If anything, equity-wise, X-Men roles carry a stigma: They’re pure paychecks." --Sam Donsky

---"Our Brand Could Be Your Crisis" by Ayesha Siddiqi

---trailers for 11:55, Down by Love, Love and Friendship, The Legend of Tarzan, Roadies, Carnage Park, The Call Up, and Morgan

---"Ms. Eakin said spotlighting the range and diversity of female cinematographers underscored their strength. 'Everyone can stop questioning whether women can command a set and a crew and be creative and technical at the same time,' she said. 'We can and we do. We just need to get past it being this rarity.'" --Melena Ryzik

---a collection of Pauline Kael's reviews

---"The Video Essay as Art: Why Process Matters" by Conor Bateman

---"Rawness is fast emerging, in fact, as the central paradox of live streaming: The very intimacy and immediacy that make the medium attractive are also the things that make it almost impossible to keep clean." --Caitlin Dewey

---Cinephilia and Beyond considers Alien

---"Such cruel paradoxes seem somehow built into Highsmith’s sapphic romance—written, as it were, into the fictional DNA. Highsmith, one might venture, was never able to rid herself of an ominous, dissipating sense of the pathological element in human life. Like a retribution, it was there in society’s repressive dictates and in her own psyche. These deep contradictions both undercut and intensify the nostalgic seduction supplied by the warm and glittery 1950s Manhattan setting. Carol and Therese seem to be forever swirling down Old-Fashioneds and double Gibsons, listening to Billie Holiday, and smiling a little too intently at one another. The Price of Salt, read straightforwardly, depicts the beginnings of the kind of relationship Highsmith herself could never enjoy. The novel is, I think, its author’s wish-fulfilment dream, but one in which anxiety-dream elements, the same stuff she transmuted elsewhere into bizarre suspense fiction, keep looming up like neurotic symptoms to invade the mise-en-scène. It’s a rarity—a love story lit by a weird, unwholesome, noirish glow." --Terry Castle 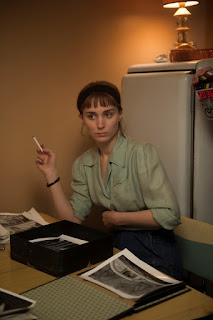 ---"Sofia Coppola and the Female Coming of Age" by Allie Gemmill

---"Watching Captain America: Civil War, in which positively nothing is at stake, I checked my watch 25 minutes into the film, sighing at the realization that there were nearly two hours remaining. How can audiences stand this? By submitting to the anesthesia of the loudness, I suspect, by comforting themselves with the knowledge that they are, at this moment, doing what culture expects of them. Seeing the “big” thing, the Super Bowl of yearly adventure epics." --Chuck Bowen