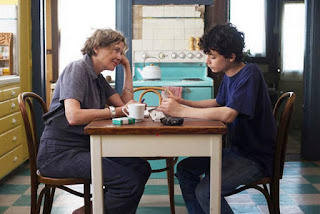 ---The Godfather Explained: Cinematography of Shadows

---"Here’s how it ought to go: critics should work in the service of art, and so should editors, while also working in their writers’ best interests. This chain of relationships was never, ever the norm, but today it’s regularly perverted. Editors assign (and hacks pitch) from a script written by quantifiable User Interest or studio marketing—take a look at the e-mails between CEO Michael Lynton and New York Times reporter Brooks Barnes revealed in the Sony hack if you want proof—and movies are either picked to the bone or, if they don’t render down into the right kind of copy, quickly forgotten. Try to envisage even the contemporary equivalent of, say, James Agee’s three-week stand for Monsieur Verdoux before the niche readership of The Nation. There is still good and great film art being made, but how can any of it register as epochal before the torrential onrush of content? Nobody can stop traffic, and the cultural landscape is a passing blur. There’s a sense—don’t you feel it?—that nothing is major, and that’s major."  --Nick Pinkerton

---"By rapidly substituting virtual reality for reality, we are diminishing the scope of this interaction even as we multiply the number of people with whom we interact. We remove or drastically filter all the information we might get by being with another person. We reduce them to some outlines — a Facebook 'friend,' an Instagram photo, a text message — in a controlled and sequestered world that exists largely free of the sudden eruptions or encumbrances of actual human interaction. We become each other’s 'contacts,' efficient shadows of ourselves." --Andrew Sullivan

---"The office is as much a star of the film as Redford and Hoffman who are elbow to elbow with landslides of paper, stacks of well-thumbed reference books, clusters of coffee cups and overburdened ashtrays. Some of this can surely be chalked up to artistic license, but the newsroom was a careful recreation that included actual garbage transported from the Post offices.

Art director George Jenkins obsessively reproduced the Post office’s at Warner Bro’s Studio in Burbank. According to a 1975 Post story about the making of the film (and invasion of the office by Hollywood types) the newsroom was recreated for $200,000 and spread out over two sound stages. “Nearly 200 desks at $500 apiece were purchased from the same firm that sold desks to The Post four years ago,” the story continued. “And to color them just right, the same precise shades of paint—be they '6 ½ PA Blue' or '22 PE Green'—are being mixed on special order.” --Andy Wright

---"And that’s the real problem with a culture that has an overreliance on franchises: the rulebooks and conventions of the franchise are often simply too strict to allow for innovation. When a movie is the latest within a well-known franchise or larger property, audiences and studio executives bring a laundry list of expectations to the table: they need specific story beats to be hit, certain tones to be met, iconic catchphrases to be repeated, the requisite awkward Dan Aykroyd cameo to be make everyone feel bad and sad." --Dan Schoenbrun

---the treatment for True Detective Season One

---"The abundance of faked CGI images dilutes the meaning of the images we see to the extent that our world is becoming little more than a sequence of abstract pixel sheets. The meaning of what we see in theaters is fading constantly." --Riccardo Manzotti 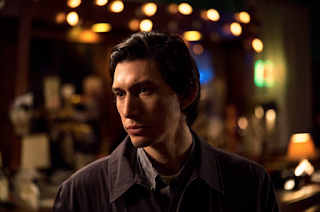 ---"When you purchase an ebook you must agree to the Terms of Service (TOS) that tell you what you can do with it. TOS are essentially very one-sided contracts written by the company selling the digital goods. Often they include provisions that shield the business from liability and even prevent the consumer from going to court if they feel ripped off. Typically a consumer’s only choice is to accept them as they are, or to decline to use the service entirely. An overwhelming majority of internet users agree to them without reading them. In one experiment 98% of users failed to notice a clause requiring them to give up their first-born as payment." --Christopher Groskopf

---The Rise of the Zombie Movie

---"The gangster film, a genre that often overlaps with noir, has an innately classical, even conservative bent. It belongs to a world of rules, of honor and betrayal. While the seminal American gangster films of the early thirties followed young men of raw ambition as they clawed their way to the top—and to the spectacular death that always met them at the pinnacle—the French cycle of the fifties and sixties has an elegiac tone, full of older men ruefully surveying a changing world or the waste and futility of their careers in crime. But many of these films also have a wry undertone of amusement; their heroes have reached an age where they can look on fate’s insults with some equanimity. In Touchez pas au grisbi, there is no more outcry against the universe, just shrugging acceptance that things don’t work out, and a sensible focus on simple pleasures: a drink, a snack, a jukebox tune." --Imogen Sara Smith
Labels: Notable film and media links