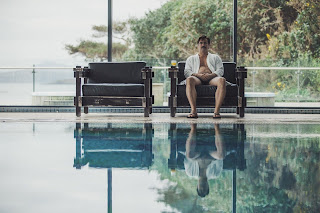 [Note: I tried more than ever to not see bad films, so I ended up skipping most of the major releases of the year. Also given that I watched a lot of movies on Blu-ray, I did very much enjoy Love and Friendship, Keanu, The Big Short, Tangerine, Carol, Formation, Anomalisa, One-Eyed Jacks, and Nocturnal Animals (not to mention two excellent books about film criticism--A. O. Scott's Better Living Through Criticism and Owen Gleiberman's Movie Freak), but, as in any year, some cruddier films still appeared before my eyes, much as I sought to avoid them.]

As much as I did enjoy its moody colorful bloody excesses, Nicolas Winding Refn's newest exercise in sharing his obsessions is still a deeply, deeply silly movie.

Ben Wheatley's dystopian study of a large apartment building gone bad left me wondering things: how did he get Jeremy Irons involved? Does the world outside of the high-rise also follow the same post-apocalyptic decline? Has post-apocalyptic destruction become passe? Do the cliches of the post-apocalyptic somehow become cool if it's done with 1970s style?

I tend to like the idea of Terrence Malick's uncompromising vision more than I like sitting through his recent films. Once one knows that the movie stars usually had no idea what to do from scene to scene in Knight of Cups, I felt sorry for them and their attempts (as well as Malick's) at futzing around for transcendence, even if it means throwing Natalie Portman in the ocean or watching Brian Dennehy glower and emote as a completely under-written grumpy dad figure. Knight of Cups confirms one's abiding love for a screenplay.

Yorgos Lanthimos' pseudo-Kafka-esque parable about the way society favors the marrieds over the singletons left me actively angry at its evil treatment of Rachel Weisz, its unwelcome capacity to make Lea Seydoux dull, and Colin Farrell's dreary portrait of a blinkered pudgy Everyman. I could tell that these many great actors believed in Lanthimos' randomly vicious script, because it means something deep, I am sure.

Justin Kurzel's adaptation of Shakespeare's play also left me with an overwhelming impression of bamboozled movie stars. Lady Macbeth does not benefit any from not being able to rub her hands as she sleepwalks in front of a doctor, as William spells out in his script. In this movie, Marion Cotillard looks wistfully and tearfully off at nothing as she recites lines in a chapel by herself in a way that makes no sense. In this fashion, a radical "reinterpretation" of a play views like pretty people emoting as they recite Shakespeare's greatest hits.

2) Pride and Prejudice and Zombies 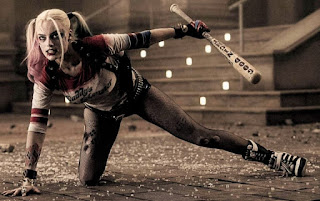 Oh, the great promise of its first trailer, and the crushing resounding thud of its release. Margot Robbie is well cast as Harley Quinn, but what possible interest would her character have in such a painful Joker? What were those motor oil and black eyeball magic monsters and why should we care if the Squad can kill them?  Why does Cara Delevingne writhe around amidst all of that bloopy blue CGI lighting in the distance? I was too depressed to write about it.
Labels: 7 most disliked films