Incompetent projection and the time when Dennis Cozzalio tried to go see mother! 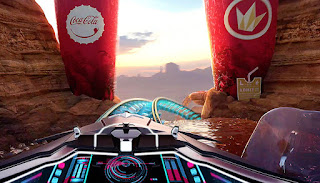 I'm getting increasingly fed up with the Regal Cinema near my house. Now, at least two of its screens are inadequately lit, and after watching a very dim version of Blade Runner 2049 the other Saturday afternoon, I'm thinking of boycotting the place entirely. Here's the ever-excellent Dennis Cozzalio of Sergio Leone and the Infield Fly Rule on a similar experience at an AMC theater:

"I paid around $48 for the privilege of escaping the crowds at the central AMC Burbank multiplex hub, heading instead to the AMC in the adjacent mall where mother! was playing at a schedule-friendly 6:45 p.m. This theater has never boasted the finest all-around experience to be had, but with their digital projectors always reliably bright, and with the addition of now-apparently-de-rigueur reserved (and reclining) seats, I figured it was a safe bet. After sitting through 20 minutes of barely visible trailers, thanks (I assumed) to the fact that the house lights were at full brightness throughout, some underpaid kid flipped a switch and the searing lamps embedded in the ceiling threw the tiny auditorium into a more acceptable level of darkness.

Unfortunately, the projected image was still dim-- Jennifer Lawrence’s dream house looked as if it was being viewed through a glass opaquely. Maybe someone (in the house? at the theater?) forgot to pay the electricity bill? The smudgy dimness extended to exterior shots in ostensible bright sunlight too, and the movie’s occasional transitional fades to bright white looked tobacco-stained and in need of a healthy shot of Wisk Detergent, with Bleach. The faces of every actor in the movie—Lawrence, Javier Bardem, Ed Harris, Michelle Pfeiffer—were rendered unreadable by the level of murky shadow they were left to fight their way through, the daring work being unfurled before the audience sullied, bastardized, visually diluted to a literal shadow play.

After about 10 minutes of this, long enough to determine that the canaries-in-a-coalmine lighting scheme was not one imposed upon the drama by the Our Grand Puppeteer, I walked down to the snack bar to ask the manager, who I’d earlier overheard recommending the movie to a patron while I stood in line for my Diet Coke, if something could be done. I described to him what was happening, and he kindly accompanied me back to the #6 cracker box so I could show him myself. We walked in, stood at the back and watched for a few seconds. He admitted that, yeah, the image looked a little dark. 'Maybe a bad bulb or something,' he offered." 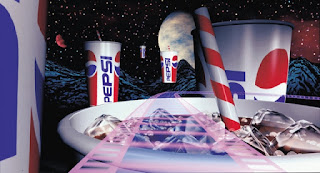 In my case, it's happened to me twice, once with Kong: Skull Island and then last weekend. Given that Blade Runner 2049 is a noir science fiction film anyway, at one point, a character said "It's too dark in here" and I whispered "That's what I said" to my companion. Given that the Regal Entertainment Group corporation has show so little interest in my welfare beyond treating me as a ready receptacle for ads, and more ads, and more ads out in the lobby, and buckets of obscenely overpriced soda, and more loud ads when I'm trying to just sit and rest before a movie, why shouldn't I devote this blog to chipping away at their profits over time? In Charleston, one can go to the excellent Terrace Theatre, and in Columbia, SC, the Nickelodeon provides customers with a considerate brightly-lit and excellent cultural experience, but out here in the sad more exploited boonies, we live under the corporate thumb of the indifferent Regal Entertainment Group CEOs who clearly don't care if customers wince under their propagandized perpetual lying distraction machines in the interest of eventually viewing the actual film (which still could, perhaps, be pretty good, if one could see it). Must they monetize every second in which I pay to be aware in their endlessly compromised environment? Why suffer this overly dark projection and a thousand evil fattening Coca-Cola ads for 12 dollars plus for a matinee ticket anymore? In the future, as in right now, the screen will be too dim and the ads too omnipresent to watch the next post-apocalyptic movie.
Labels: incompetent projection Regal Cinema