"It's like a slot machine": from "the tech insiders who fear a smartphone dystopia" by Paul Lewis 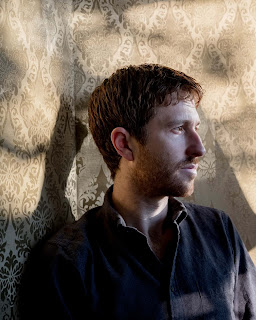 From "'Our minds can be hijacked': the tech insiders who fear a smartphone dystopia" by Paul Lewis

"[Tristan Harris] explored how LinkedIn exploits a need for social reciprocity to widen its network; how YouTube and Netflix autoplay videos and next episodes, depriving users of a choice about whether or not they want to keep watching; how Snapchat created its addictive Snapstreaks feature, encouraging near-constant communication between its mostly teenage users.

The techniques these companies use are not always generic: they can be algorithmically tailored to each person. An internal Facebook report leaked this year, for example, revealed that the company can identify when teens feel 'insecure', 'worthless' and 'need a confidence boost'. Such granular information, Harris adds, is 'a perfect model of what buttons you can push in a particular person'.

Tech companies can exploit such vulnerabilities to keep people hooked; manipulating, for example, when people receive 'likes' for their posts, ensuring they arrive when an individual is likely to feel vulnerable, or in need of approval, or maybe just bored. And the very same techniques can be sold to the highest bidder. 'There’s no ethics,' he says. A company paying Facebook to use its levers of persuasion could be a car business targeting tailored advertisements to different types of users who want a new vehicle. Or it could be a Moscow-based troll farm seeking to turn voters in a swing county in Wisconsin.

Harris believes that tech companies never deliberately set out to make their products addictive. They were responding to the incentives of an advertising economy, experimenting with techniques that might capture people’s attention, even stumbling across highly effective design by accident.

A friend at Facebook told Harris that designers initially decided the notification icon, which alerts people to new activity such as 'friend requests' or 'likes', should be blue. It fit Facebook’s style and, the thinking went, would appear 'subtle and innocuous'. 'But no one used it,' Harris says. 'Then they switched it to red and of course everyone used it.'

That red icon is now everywhere. When smartphone users glance at their phones, dozens or hundreds of times a day, they are confronted with small red dots beside their apps, pleading to be tapped. 'Red is a trigger colour,' Harris says. 'That’s why it is used as an alarm signal.'

The most seductive design, Harris explains, exploits the same psychological susceptibility that makes gambling so compulsive: variable rewards. When we tap those apps with red icons, we don’t know whether we’ll discover an interesting email, an avalanche of 'likes', or nothing at all. It is the possibility of disappointment that makes it so compulsive.

It’s this that explains how the pull-to-refresh mechanism, whereby users swipe down, pause and wait to see what content appears, rapidly became one of the most addictive and ubiquitous design features in modern technology. 'Each time you’re swiping down, it’s like a slot machine,' Harris says. 'You don’t know what’s coming next. Sometimes it’s a beautiful photo. Sometimes it’s just an ad.'"
Labels: smartphone dystopia technological addiction