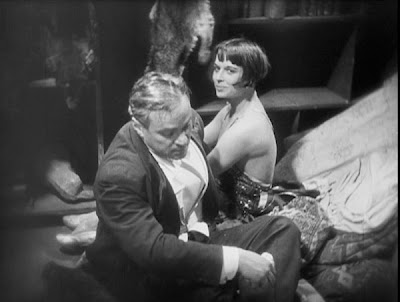 ---The AV Club's thoughtful interview with Adventureland director Greg Mottola:
"One night I was getting drunk with the writers from Undeclared and we were swapping worst-job-ever stories, and I talked about the summer of 1985, when I worked at an amusement park on Long Island, the kind of place where someone would pull a knife on you if they wanted a better prize than you were giving them. You found a lot of used needles beside the cotton-candy cart at the end of the night. It was a pretty white-trash, scary place. It was one in a series of terrible jobs I’ve had, coming from not much money and having no particularly resourceful skills. And at one point one of my friends, a writer on the show, Jenny Konner, said, “`You should write about that.' I’d already started outlining the young-love story, and I thought, `Well, that kind of fits.' So I melded them together."
---The Playlist shares a poster and new information about Donnie Darko-director Richard Kelly's upcoming movie The Box.  They also provide a link to Kelly's Myspace blog where he writes that "This is my most personal film to date, and I'm very proud of how it turned out."
---Writing for The Guardian, David Thomson begs to differ on "the optimistic conclusion that the one good thing about this new depression (Our Depression, they call it) is that the phenomenon of people going back to the movies will lead to new and magical set of films like those made for the 1930s."
---Anne Thompson keeps us up to date on Gerald Peary's documentary For the Love of Movies: The Story of American Film Criticism:
"It's hard not to feel sad at the end of this movie, about a world that no longer exists, a profession that seems to be dying in front of our eyes. Spoutblog's Karina Longworth speaks for the younger generation plying the craft online, but the old culture of literate lengthy debates when movies seemed to really mean something are long gone. `It's a stop the bleeding movie,' says Peary. `I hope that those who watch the movie value criticism and will read it and demand it in their newspapers. It's tough though. There are so many factors. What's the effect on people who Twitter all day? That's not good for film criticism.'"
---It's a pleasure to see Roger Ebert take on Bill O'Reilly in this open letter:
"Dear Bill: Thanks for including the Chicago Sun-Times on your exclusive list of newspapers on your "Hall of Shame." To be in an O'Reilly Hall of Fame would be a cruel blow to any newspaper. It would place us in the favor of a man who turns red and starts screaming when anyone disagrees with him. My grade-school teacher, wise Sister Nathan, would have called in your parents and recommended counseling with Father Hogben."
---For Victim of the Time, Dave considers Christina Ricci's career problems (tip of the hat to Nathaniel R of Film Experience Blog:
"She seems to have two 'personas' that the industry, at least, views her as being interesting as: the dangerously sexual, manipulative young woman, or the horrifying, pale-faced 'other'. Her bug-eyes may remind of Bette Davis but do parts like those Bette played even exist any more? Is there room for an 'unconventional' beauty in Hollywood today? Ricci is too small to be intimidating, seemingly too oddball for the mainstream. And yet that seems to be what she's continuing to chase. She may have thrown a more challenging part like Black Snake Moan in there, but that's the exception rather than the rule. Her career, ultimately, seems to be less chasing mainstream success than really having no idea what to do with herself."
---Lev Grossman of Time shows how "the lowly zombie is making its move" in "Zombies are the New Vampires."  Who cares about vampires?  Zombies reflect the new zeitgeist.
---For reasononline, Michael Moynihan coolly takes apart The New Yorker film critic David Denby's new book Snark: It’s Mean, It’s Personal, and It’s Ruining Our Conversation:
"Denby wants things as they once were, when American culture was effectively a dictatorship of the bourgeoisie; when the Ivy League guardians of `our conversation'ruthlessly protected it from contamination by the jealous and uncouth.`“Whatever its miseries, the country in the thirties and forties was at peace with itself spiritually: We were all in the same boat,' he argues. Today we have `income inequalities and Rovian tactics that exacerbate ethnic and class differences'; then we merely had Nazism and the Depression.It seems unnecessary to observe that in the 1930s, when unemployment was in double digits and Father Coughlin commanded a rather large radio audience, both poverty and dirty politics were not entirely uncommon. And long before the Internet existed, such lurid and sleazy magazines as Police Gazette, Confidential, and Broadway Brevities sold millions of copies a week.It’s just that the readers couldn’t get at you."
---In the kind of blog post that puts everyone else to shame, House of Mirth and Movies compiles "The Unofficial Female Film Canon."  Here's a sample:
"Pandora’s Box (G.W. Pabst, 1929)

Men find Lulu irresistible, and she can’t help giving in. Unfortunately all the men she has romantic liaisons with meet an untimely demise. It’s never really her fault, and she can’t help it. It’s all in her nature, she’s a force to be reckoned with although she has no express desire to destroy. The film never suggests she’s evil, and in many ways it’s the men around her who are dumb, cruel and they bring their own doom. They treat her badly, and have made her what she is. Lulu is throughout the film a heroine, and the camera loves her like a goddess or a saint. Lulu is a young and beautiful woman who falls under the influence of powerful men, or more aptly… they fall under her spell. She has a huge control over their lives, though her naivety seems to suggest that she is unaware or passive to her manipulative quality and passion. Like Diary of a Lost Girl, Pabst shows how society demonizes and victimizes women. The film’s title referring to the Grecian myth of Pandora, the woman who unleashed all the evils of onto the world, is mostly ironic, a twist on common conceptions about gender identity and culpability. An interesting note is that the film also features what is commonly believed as the screen’s first lesbian character, and like Lulu, she is seen in a light of adoration as opposed to cruel condemnation. It’s interesting that a film decades before the sexual revolution and the rise of feminism, offers such an enlightened view on women and non-traditional sexuality (both same sex relationships, casual sex and even prostitution)."

---Lastly, I enjoyed this video clip "Michael Bay Eating a Bowl of Cereal" (with thanks to The House Next Door).
Labels: Notable film and media links Pandora's Box Richard Kelly