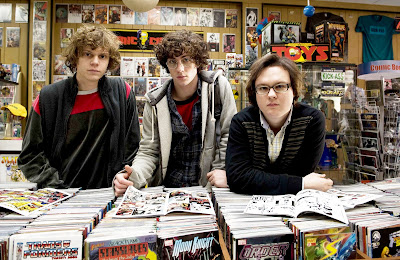 ---Delany's loopy apocalyptic Dhalgren
---Diesel sells Godard's Bande a part
---analyses of Kubrick's films
---amazing Grace Kelly:
"In tiny Monaco, half the size of Manhattan’s Central Park, it was as if Grace were locked back into that cupboard, but without her dolls to play with. Her life was laid out along narrow corridors, much like the corniche on which she took her last drive—rock on one side, open air on the other. It was a slim road full of hairpin turns that connected the family getaway, Roc Agel, to the pink palace where protocol reigned. “Strung like a slender thread across the clouds” is how Quine described one of these upper corniches. On that fateful day of September 13, 1982, Grace didn’t let the chauffeur drive, because the car was too full. She and Stephanie were up in the front, and across the backseat she’d placed dresses that needed altering for the coming season; she didn’t want them wrinkled. She was excited about new projects that were blossoming, and by all accounts she and Rainier were enjoying a renewed closeness. The best medical guess is that Grace suffered a small “warning” stroke while driving that treacherous road, which caused her to lose control of the car. A few seconds of blurred consciousness, like the kiss in Rear Window, and the clouds reclaimed their own."
---defining glamour
---Sylvain Chomet channels Jacques Tati in The Illusionist
---the Nintendo Side of the Moon
---the 10 letters Obama reads each day:
"The black binder arrived at the White House residence just before 8 p.m., and President Obama took it upstairs to begin his nightly reading. The briefing book was dated Jan. 8, 2010, but it looked like the same package delivered every night, with printouts of speeches, policy recommendations and scheduling notes. Near the back was a purple folder, which Obama often flips to first.

"MEMORANDUM TO THE PRESIDENT," read a sheet clipped to the folder. "Per your request, we have attached 10 pieces of unvetted correspondence addressed to you."

Inside, Obama found crinkled notebook pages, smudged ink, cursive handwriting and misspelled words -- a collection of 10 original letters that he considers among his most important daily reading material, aides said. Ever since he requested a sampling of mail on his second day in office, the letters have become a staple of his presidency. Some he immediately reads out loud to his wife; others he distributes to senior staff members aboard Air Force One. Some are from students requesting help with homework; others are from constituents demanding jobs or health care. About half of the letters, Obama said during a recent speech, "call me an idiot."

---the surreal YouTube genius of Cyriak (with thanks to Catherine Grant)

"Convergence occurs within the brains of individual consumers and through their social interactions with others. Each one of us constructs our own personal mythology from bits and fragments of information extracted from the media flow and transformed into resources through which we make sense of our everyday life.

As Pep himself explains in the interview, he had to work out how to hack the You Tube video (which currently doesn't have a download option), how to load it into a video editing program (he uses Windows Movie Maker), how to synchronize the subtitles, how to export the video, how to create his own You Tube account, and how to upload his video. Given this whole process, there is an inevitable question: what drives Pep to do it? The Internet has boosted social intelligence, with its main premise being to generate specific-interest communities. Pep had seen dozens of different remixes of the "Angry German Kid" video before he began to consider adding one of his own. Before he felt the urge to become part of what he was seeing."
---as a huge Banksy fan, I'm looking forward to Exit Through the Gift Shop
---the genesis of Lady Gaga
---Kurosawa on the importance of screenwriting:
To complete his transformation into a reputable moviemaker, Akira Kurosawa devoted himself to the art of screenwriting. “The best thing is to write screenplays,” stated Kurosawa. “This is basic to filmmaking, because an excellent screenplay can become an excellent film even in the hands of a third-rate director; a bad screenplay, however, could never become an excellent film even if made by a first-rate director.” As for his writing advice, the Japanese cinema icon remarked, “In order to write scripts, you must first study the great novels and dramas of the world. You must consider why they are great. Where does the emotion come from that you feel as you read them? What degree of passion did the author have to have, and what level of meticulousness did he have to command, in order to portray the characters and events as he did? You must read thoroughly, to the point where you can grasp all these things.”
---the difficulties of fending off digital decay
---lastly, Dave Grohl's drug of choice
Labels: Notable film and media links