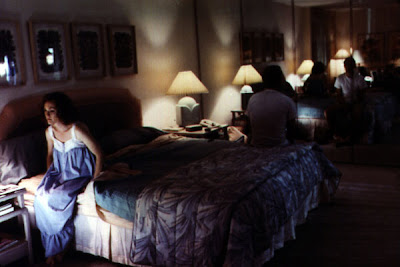 ---Cours Toujours
---Jim Jarmusch is a student
---Pulp Fiction Disneyfied and Lock and Load
---time to abandon the earth before the empire collapses:
"Let's face it: The planet is heating up, Earth's population is expanding at an exponential rate, and the the natural resources vital to our survival are running out faster than we can replace them with sustainable alternatives. Even if the human race manages not to push itself to the brink of nuclear extinction, it is still a foregone conclusion that our aging sun will expand and swallow the Earth in roughly 7.6 billion years.

So, according to famed theoretical physicist Stephen Hawking, it's time to free ourselves from Mother Earth. "I believe that the long-term future of the human race must be in space," Hawking tells Big Think. "It will be difficult enough to avoid disaster on planet Earth in the next hundred years, let alone the next thousand, or million. The human race shouldn't have all its eggs in one basket, or on one planet. Let's hope we can avoid dropping the basket until we have spread the load."

Hawking says he is an optimist, but his outlook for the future of man's existence is fairly bleak. In the recent past, humankind's survival has been nothing short of "a question of touch and go" he says, citing the Cuban Missile Crisis in 1963 as just one example of how man has narrowly escaped extinction. According to the Federation of American Scientists there are still about 22,600 stockpiled nuclear weapons scattered around the planet, 7,770 of which are still operational. In light of the inability of nuclear states to commit to a global nuclear non-proliferation treaty, the threat of a nuclear holocaust has not subsided. In fact, "the frequency of such occasions is likely to increase in the future," says Hawking, "We shall need great care and judgment to negotiate them all successfully."

---the gospel according to George Carlin
---Ed Howard and Jason Bellamy discuss Todd Haynes
---apocalyptic art
---Chaplin's blooper reel
---celebrating the great Sterling Hayden
---junk computers in Ghana
---cinematic Paris:
"You can recognize these local habitations even if you have never visited the city. When you do visit, you often have the uncanny feeling of walking through a movie. And it is often in movies that the city seems most itself. The actual Louvre, imposing as it may be, comes alive when encountered in the sprint through its galleries undertaken by Arthur, Franz and Odile in Jean-Luc Godard’s “Band of Outsiders.” The play of traffic, buildings and sky that inflect the city’s bustling waking hours is splendidly palpable in “The Red Balloon,” Albert Lamorisse’s ageless children’s film; it is all still there, and yet somehow captured for the first time, in Hou Hsaio-hsien’s “Flight of the Red Balloon” made more than 50 years after Lamorisse’s film and in homage to it. 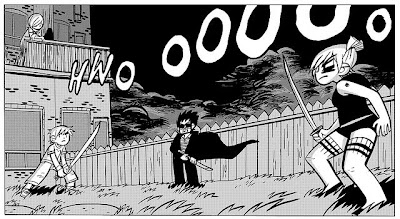 The city serves Hollywood most handily as a backdrop for romance and mystery (see“Casablanca,” “Charade,” “Julie and Julia” and countless others in between), but it can also accommodate action thrillers (like “From Paris With Love”) and other, less classifiable entertainments. Paris is set in stone — the cobblestones of some of its ancient bridges and sidewalks, the limestone facades of most of its buildings — and at the same time infinitely fungible. Having been around forever, or at least much longer than movies, it never grows old, and so is susceptible to perpetual reinvention: by the wizards of Pixar, for instance, who folded its landmarks and ambience into “Ratatouille,” and by Christopher Nolan, who literally, digitally folded up its geography in one of the most memorable scenes in“Inception.”

That sequence — a practice exercise for Ariadne, the apprentice dream architect played byEllen Page — is entirely superfluous to the plot of “Inception” and essential to its atmosphere. A film so utterly saturated in movie references, and so besotted with the medium’s capacity for illusion-making, could hardly neglect to tip its hat in the direction of France." 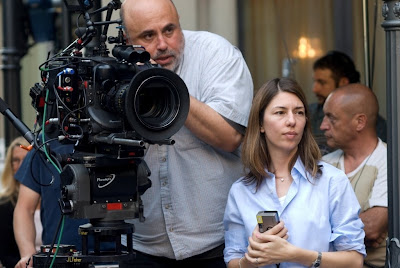 ---Jean-Louis Rodrigue considers manly men in Hollywood and where they've gone
---Edgar Wright's favorite musicals, Wright's views on video game addiction, and a track-by-track dissection of the music of the excellent Scott Pilgrim vs. the World
---photos of Sofia Coppola's Somewhere
---A. O. Scott checks out Broadway Danny Rose
---living out of a hard drive (thanks to @stevensantos)
---lastly, as our colleges go bankrupt, the Simpsons toy with grad students
Labels: Notable film and media links