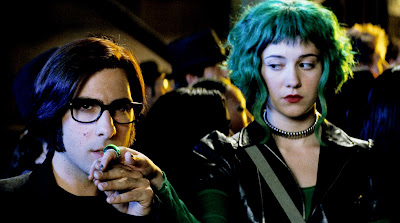 ---Rushmore Twitter
---Razzle Dazzle Pt. 6, The Takeaway
---@Filmbrain says goodbye to New York City:
"Yet at the same time there's been an unpleasant shift in recent years, significantly souring the mood, and the poor economic climate has only served to make matters worse. Too many gifted critics with years of experience are unable to find steady work, while younger writers willing to do more for less are churning out serviceable but ultimately uninspired content at an alarming rate. Okay, fair enough, everybody has the right to earn a living. But that some fancy themselves modern-day Manny Farbers and use Twitter and Facebook as tools to worship at the temple of their own narcissism is disconcerting to say the least. On top of that, critics have been spending way too much time bashing other critics' opinions (or simply the critics themselves) and second-guessing why it is that their peers don't share their views. It stifles rather than encourages discussion, and it's fucking depressing if you must know the truth.

As a distributor, things haven't fared much better. Indie film is certainly alive and well, but the discussion around distribution is increasingly becoming one of crass commodification, where the delivery mechanism supersedes the content. What we're seeing is a seemingly endless stream of repetitive and pointless panels at film festivals, blog posts by self-proclaimed "experts" who preach profitability over artistic integrity, and the emphasis on new and clever ways to market yourself instead of, you know, actually making a good film.

(To the many talented, daring filmmakers out there not buying into the bullshit -- I tip my hat to you all.)"

---Ratatat's "Drugs"
---the most badass music video from India 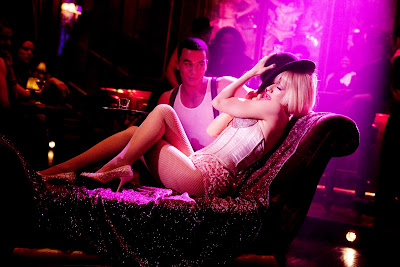 ---instant camp classic or horror film?--the Burlesque trailer.
---Peggy Orenstein's "I tweet, therefore I am":
Back in the 1950s, the sociologist Erving Goffman famously argued that all of life is performance: we act out a role in every interaction, adapting it based on the nature of the relationship or context at hand. Twitter has extended that metaphor to include aspects of our experience that used to be considered off-set: eating pizza in bed, reading a book in the tub, thinking a thought anywhere, flossing. Effectively, it makes the greasepaint permanent, blurring the lines not only between public and private but also between the authentic and contrived self. If all the world was once a stage, it has now become a reality TV show: we mere players are not just aware of the camera; we mug for it.

The expansion of our digital universe — Second Life, Facebook, MySpace, Twitter — has shifted not only how we spend our time but also how we construct identity. For her coming book, “Alone Together,” Sherry Turkle, a professor at M.I.T., interviewed more than 400 children and parents about their use of social media and cellphones. Among young people especially she found that the self was increasingly becoming externally manufactured rather than internally developed: a series of profiles to be sculptured and refined in response to public opinion. “On Twitter or Facebook you’re trying to express something real about who you are,” she explained. “But because you’re also creating something for others’ consumption, you find yourself imagining and playing to your audience more and more. So those moments in which you’re supposed to be showing your true self become a performance. Your psychology becomes a performance.” Referring to “The Lonely Crowd,” the landmark description of the transformation of the American character from inner- to outer-directed, Turkle added, “Twitter is outer-directedness cubed.”
---Tom Shone reviews the review of Scott Pilgrim versus the World (and Wolcott's reaction)
---YouTube at war:
"Wilson’s video did not appear in isolation. A few weeks before he uploaded “Blah Blah Blah,”a troop of soldiers in Afghanistan spoofed Lady Gaga’s “Telephone” and it became a viral sensation. In July, a group of Israeli soldiers in Hebron filmed themselves dancing to Ke$ha’s “TiK ToK” on the very street they were just then patrolling, their rifles flopping as their hips swiveled. And the USO in Korea is holding a music-video-parody competition for all soldiers, which, Wilson says, is using his video as an example. American Soldier Idol.

These videos are revealing a new breed of soldier: rebellious, witty, rabid consumers of pop culture, thousands of miles from home but able to Skype daily with family and friends. They are as plugged in as lab rats. When they are not on patrol, they live on the web. They are there and here at once. In Iraq, there are long, stretching days and lonely nights when the guys don’t come out of their rooms unless the Internet is down or an alarm sounds and the base is in trouble. They get gray inside waiting for time to pass, downloading songs and doing pull-ups and growing larger, their arms, chests, jaws. But the making of the video was a reason to come outside, to wield glow sticks, to show off their gym bodies, to have fun. “They don’t pay us,” Wilson says, “to be miserable out here.”
---Scorsese prefers story to plot
---the mystery of Charlie Chan (thanks to @filmstudiesff)
---the last 5 years of blogging
---J. Rosen's media diet
---Hollywood is ruled by fear
---Edward Luce's thoughts on media wage stagnation:
Statistics only capture one slice of the problem. But it is the renowned Harvard economist, Larry Katz, who offers the most compelling analogy. “Think of the American economy as a large apartment block,” says the softly spoken professor. “A century ago – even 30 years ago – it was the object of envy. But in the last generation its character has changed. The penthouses at the top keep getting larger and larger. The apartments in the middle are feeling more and more squeezed and the basement has flooded. To round it off, the elevator is no longer working. That broken elevator is what gets people down the most.”
---Trash Day video
---Soviet photo art
---technology and censorship
---intriguing LGM film-making techniques from Filmutopia
---Sheila's doorway portfolio of The Searchers
---Funny or Die and the viral video
---lastly, Todd Selby's hip blog of various aesthetic spaces, a reply to the Sartorialist?
Labels: Notable film and media links