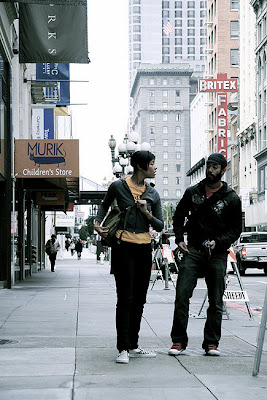 ---bull attack
---5 cinematographers
---"In Search for Autonomy":
"Bifo uses Elephant, Gus van Sant’s captivating account of the Columbine tragedy, to illustrate the spreading psychopathology of the first post-alpha(betic) generations, the ones that “have learned more words from a machine than from their mother” (as the anthropologist Rose Golden wrote in 1975). He writes: “it is with glacial tenderness that Van Sant shows us the neurotic mumbling, the anorexic hystericisms and the relational incompetence of the Columbine generation (…) Bodies that have lost contact with their soul and hence no longer know anything about their corporeality”. In Elephant Bifo sees the cognitive mutation that is unfolding in the context of a communicative transformation: the passage from “conjunction” to “connection” as the predominant mode of interaction. While conjunction is a singular process of “becoming other”, connection is a functional and repeatable interaction between discrete, formatted segments. Connection requires that these segments are compatible and interoperable - which is something digital network technologies dwell on, as they expand by reducing more and more elements to format, standard and code. There’s no room for margins of ambiguity or gradations of nuance here. Central to this shift is the insertion of the electronic into the organic, which has provoked a palpable change in the relation between consciousness and sensibility. As the info-sphere is becoming thick and dense, putting our attention constantly under siege, we are less and less able to react consciously to emotional impulses. There’s just not enough time for empathy, time to experience, to caress, to feel the other as a sensorial body. “Affective attention suffers a kind of contraction, and it is forced to find ways of adaptation: the organism adopts tools for simplification, and it tends to smooth out the living psychic response, to repackage affective behaviour in a frozen and fastened framework.” Reducers of complexity such as money, media clichés, stereotypes or webinterfaces have simplified the relationship with the other, and when the other appears in flesh and blood, we are unable to deal with its presence, because it hurts our (in)sensibility. It is as if we cannot longer understand or convey that which cannot be verbalized, that which cannot be reduced to simple codified signs."
---Cabaret cinema (from Daniel Kasman)
---100 helpful photography tutorials
---Bogdanovich chats with Wes Anderson
---Matthew Taylor and 21st century enlightenment
---how do you take notes on films? (I mostly just try to capture dialogue)
---James MacDowell analyzes The Room:
"One the most fundamental pleasures of The Room is the way in which it unsuccessfully tries to be a bizarre paean from Wiseau to himself, presenting him as a great and loving man who becomes the undeserving victim of all around him (“Everybody betrayed me!” is his later anguished exclamation). Yet, as this scene shows, his character’s goodness is often expressed in ways that are by turns unimpressively conventional (buying Lisa red roses and calling her his “princess”), awkwardly expressed (being a good customer and kind to animals, always being interested in friends’ problems), and deeply weird (sort-of adopting a teenage boy [Denny], letting friends [like Mike] use his apartment for sex). The ultimate result of this is that the film comes to feel like a parody of the masculinist narcissism that lies at the heart of its conscious project, exposing the fact that this troubling ideology is troubling, and opening it to ridicule. This is one of the many things that contributes to making The Room not just a ‘failure’ but a fascinating “passionate failure” (one of Sontag’s descriptions of camp). Wiseau has poured his heart and soul into this fevered tribute to himself, and it is a mark of his specialness as an artist that his heart and soul can produce a tribute that ended up feeling this consistently baffling, and this unintentionally self-critical. I do not say this ironically."
---Truffaut's last interview
---What's My Line? with Hitchcock and others
---J. J. Murphy considers Medicine for Melancholy
---fake Criterion covers (thanks to @annehelen)
---"I could tell you, but then I'd have to kill you" and reasons to not own a cell phone (thanks to @osulop)
---Obama: a day in the life
---watching a story go viral
---Jonathan "technological consumerism is an infernal machine" Franzen resists the promotional machinery for his upcoming novel Freedom.

---Arctic warming
---back in America, as the stores close and the 20-somethings refuse to mature, the Facebookers spy on each other
---upcoming possibly intriguing films--Vanishing on 7th Street and Fair Game
---lastly, the future of search
Labels: Notable film and media links