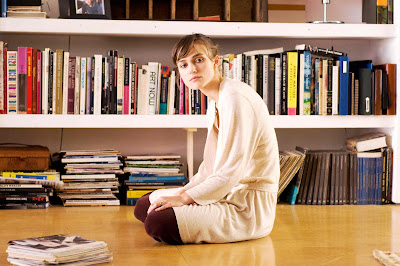 ---Don' You Go Rounin' Roun to Re Ro trailer
---movieman0283's tribute to the best of the 2010 film blogosphere
---the Hitchcock/Truffaut tapes and notes on Truffaut from Alex Cox
---Mike Miliard's "You Are Being Watched":

"To a degree unheard of even five years ago, we live our lives mediated by Firefox browsers and Droid screens. And that means—whether it’s ostensibly protected sensitive data (financial and medical data), ostensibly inconsequential personal data (Flickr photos, YouTube channels, Twitter feeds) or ostensibly depersonalized behavioral data (browsing patterns, search queries, HTTP cookies)—our lives are nowhere near as private as we might presume them to be.

“Precisely because the tech advances have come in so many places, it’s really quite hard to pick any one particular spot that’s the biggest problem,” said Lee Tien, senior staff attorney at the Electronic Frontier Foundation. “They all converge. Because we have a giant personal information superhighway, where all of our information travels around both the government and the business sector, what gets picked up in one place is being transferred to another place. So it all ends up, not necessarily in a central basket, but in a lot of different baskets—where it can always be accessed.”

“Data collection is becoming ubiquitous,” said Jules Polonetsky, co-chair and director of the Future of Privacy Forum, and former chief privacy officer at AOL. “It’s not science fiction anymore to think there are lots of databases that have everything we’ve done: every search we’ve done, every website we’ve visited.”

It might be comforting to think that our online identities are just anonymous strings of ones and zeros, but that’s just not true anymore. So what we used to loosely define as “privacy”—an admittedly amorphous concept—is changing fast. And only recently do consumers, voters, politicians and the media seem to be grasping that fact.

Before, “We had privacy from obscurity,” said David Ardia, another fellow at the Berkman Center, and the director and founder of the Citizen Media Law Project. Now, almost everything worth knowing about almost anyone is online.

“That means it’s searchable, and it’s available forever. And I don’t think we’ve caught up to that change in the way we structure our lives and the way we understand privacy.”

---Winklevii behind the scenes

---David Carr's "At Media Companies, a Nation of Serfs"

---The Black Keys send up Tarantino with "Howlin' for You"

---Mark Harris contemplates the doom of the film industry:

"For the studios, a good new idea has become just too scary a road to travel. Inception, they will tell you, is an exceptional movie. And movies that need to be exceptional to succeed are bad business. "The scab you're picking at is called execution," says legendary producer Scott Rudin (The Social Network, True Grit). "Studios are hardwired not to bet on execution, and the terrible thing is, they're right. Because in terms of execution, most movies disappoint." 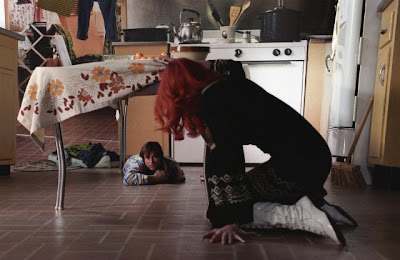 This whole set-up, in turn, fuels the view that narcissism and hipsterism are increasing society-wide, since self-production in the mode of marketing copy (developing the personal brand) is more and more what people do, if not for a living, then simply to appear, to be socially relevant."
---A. O. Scott remembers Eternal Sunshine of the Spotless Mind
---lastly, Tim Smith analyzes how we watch There Will Be Blood
Labels: Notable film and media links

theoncominghope said…
Thanks for linking to me! And more importantly, thanks for doing such a great job rounding up the best links on the web.
February 18, 2011 at 11:31 AM

Joel Bocko said…
Thanks for the link, filmdr.

The stats on the film industry are illuminating if not unsurprising. I've noticed an interesting phenomenon lately, certainly in my own life but (I think) with wider connotations.

I am a film buff who spends much of his free time reading about film history and technique, and watching DVDs or streaming films via Netflix, my own collection, or online venues. Yet my consumption of new releases is pretty much down to zero - I've not even bothered to catch up with the Oscar nominees in my usual springtime crunch.

It seems that being a film buff is no longer contingent upon following what's currently happening in the medium; I'll bet this is not just limited to me. It would make an interesting essay probably - looked at from a wider, cultural angle rather than a personal one.

As for Rob Horning's piece, as someone whose life increasingly takes a practical, down-to-earth focus I find such pontifications a bit tired and overblown: the product of living a cultural center with time and money to burn, and the assumption that everyone else lives the same way, with the same mindset. I don't think they do. Narcissism and hipsterdom doesn't have much to do with how most people live, paying the bills, raising a family, trying (hopefully) to pursue their dreams and gain experience. Based on the excerpt (I haven't read the article) I'd guess that, Facebook era or not, it's cultural commentators rather than the culture itself that needs to get out of their claustrophobic bubble.

Thanks for your thoughts. I know what you mean about sticking to older films for one's scholarly interests, but I like keeping up with newer movies, if only as a grim gauge for the state of the culture. I very much enjoyed rewatching The Social Network again on Blu-ray the other day, and it was weird to see Unknown in a crowded theater yesterday. It was as if all of the adults had to huddle with their mediocre serviceable thriller to avoid the overwhelming tween Bieber worship and the teen-oriented I Am Number Four elsewhere in the cineplex.

I could identify with the Rob Horning piece to some degree, since I like to create link lists. Ironically, I just purchased an iPhone yesterday (the ultimate toy and distraction), but I admire your ability to stay focused on what matters.
February 20, 2011 at 8:14 AM

Joel Bocko said…
Not sure if it's staying focused or just being a cheap bastard (when my battery died, I "bought" the cheapest phone, the one where the refund you the whole cost through a rebate). I see what Horning's on about - obviously I can get as obsessed with online phenomena as the next guy - but think he and other zeitgeist-readers overstate their case. A recession tends to render hipsterdom rather moot and I don't think most people are as bogged down by self-consciousness as he is, nor that every action or interest is as encased in layers of artificiality (or as enclosed in a bourgie-boho mindset) as his piece suggests.

As I wrote in a previous incarnation of this comment (one that got inadvertently deleted when I refreshed the page) people still eat, shit, and jerk off manually - to paraphrase Woody Allen.

I read the rest of Harris' essay and it's great. I feel in my gut that Hollywood is headed for a massive implosion, as the cultural capital of film if not the financial - such epochs of sterility and banality are almost always followed up by periods of intense innovation and unforeseen change. Maybe that's just optimism speaking though.
February 20, 2011 at 9:21 AM