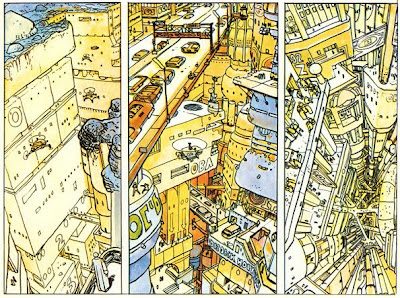 I've been developing a new essay assignment concerning the future, and I was wondering if readers of this blog might want to contribute ideas. Here's the start of it:

"I found the material of the actual 21st Century richer, stranger, more multiplex, than any imaginary 21st Century could ever have been. And it could be unpacked with the toolkit of science fiction. I don’t really see how it can be unpacked otherwise, as so much of it is so utterly akin to science fiction, complete with a workaday level of cognitive dissonance we now take utterly for granted.”—William Gibson

For this assignment, you will construct a carefully reasoned argument based on a small topic that concerns the future. It would help if you have had some direct experience with it. Select an issue, problem, or situation that interests you, research the topic at the library, and carefully present a case for your thesis. Include in your argument a plausible scenario as to what will happen several years in the future. Many of the essays will likely take the form of an investigation of a problem for which you will provide a solution. 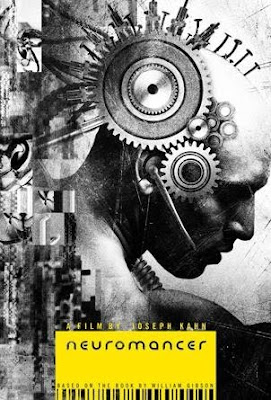 Possible topics (with related links): cloud computing, the hive mind, the rise of some aspect of social media, resource depletion such as peak oil, changes in smart phone technology, the future of apps, future job skills, stem cell research quandaries, viral culture, the future of internet search, product placement in the media, the ethics of Photoshopping images, future traffic, the future of information technology, extinction of species, data visualization, the overfishing of the oceans, supercities, Google’s vision of augmented humanity, climate change, data overload in the military (and in everyday life), the attention economy, robotics, the ageing population, overpopulation, the internet and privacy, special effects in movies, internet startups, the revolution in Egypt and cybersubversion, hackers, genetic engineering, surrogate parenting, zombies, the acceleration of change, visions of the apocalypse in the media, brain science, artificial intelligence, developments in mortuary science, WikiLeaks, organ transplants, superbugs, terraforming, cyborgs, coolhunters, future garbage, the cyberpunk movement, the digital footprint, surveillance technology, the culture of appropriation, internet piracy, the digital future, the die-off, cyber warfare, food scarcity, dead malls, and sustainability.
------------------
Any suggestions for other topics? Recommendations for books that could be put on reserve at the library? Internet resources, good databases to visit? Thanks for your thoughts.
Labels: future research paper

An interesting and fruitful path would be to examine how humans relate to one another now vs. prior to the explosion of social media.

For instance, in a time when travelling necessarily meant breaking contact with one's social network (often requiring weeks or months for letters to bring news of home, friends, and family) it seems that people may have had different kinds of connections to themselves and each other. Our concept of ourselves and our bonds to others may be changing as social media allows us to be connected in different ways.

So... most of those topics you suggested, but with a look at the impact on human relationships could be quite thought provoking.
February 23, 2011 at 1:18 PM

High schools. Or the future of schooling. As someone who's still in the shit of it, that would peak my interest.
February 23, 2011 at 5:20 PM

Anonymous said…
"We live in the future now" is one of my favourite topics of the moment. Two resources spring to my mind spontaneously.

Daniel Wilson's Book "Where is my jetpack" takes a (humourous) look at the visions of SF's past: http://www.amazon.com/Wheres-My-Jetpack-Amazing-Science/dp/B001LRPTG6/

This Wired-Article examines how the vision of Tron has come truer than true in some cases: http://www.wired.com/magazine/2010/11/ff_tron/

Here's my favourite quote:
"“We’ve achieved what the first film predicted,” Kosinski says. Jeff Bridges had to get a full-body laser scan during preproduction, an eerie hearkening to his digitization in the first movie. When he shot his scenes as Clu, the motion-capture rig he wore to translate his facial movements to Rev 4 included a visor that looked uncannily like the helmet he wore in the original."

And I found this very intriguing:
http://arstechnica.com/apple/news/2010/08/how-star-trek-artists-imagined-the-ipad-23-years-ago.ars

I tend to think of that idea in terms of distraction, and how people might have a more difficult time talking to one another one-to-one due to the obligation to be in front of a screen much of the day. I would definitely feel concern if my significant other prefers to check her Facebook to saying hello. I wonder, though, how one would get an exact measure of the effect you mentioned.

No, I didn't mention graphic novels, and they are important.

The future of schooling sounds good. I've noticed much shifting toward distance learning and there is much to be explored about incorporating more media awareness into the curriculum.

I very much like the implications of that Gibson quote too. What does it mean when his last three novels are about the present and yet feel like science fiction? In part, he's acknowledging how all science fiction ends up reflecting the era in which it is written, but it also seems like we've reached a watershed moment when the present seems futuristic enough, and so many massive technological, social, and environmental changes are taking place right now--we can explore the freakishness of the present to good effect. Thanks very much for your links.
February 24, 2011 at 6:13 PM