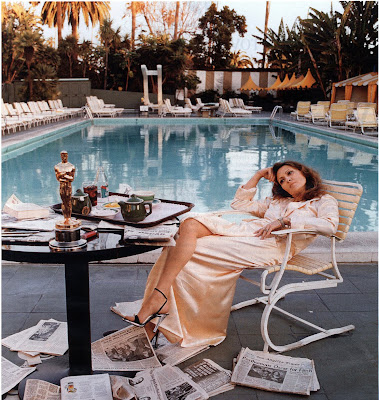 ---Natalie Portman cries a lot
---Jeff Bridges' True Grit photo album
---Elizabeth Greenwood considers the boring women of indie film
---Hollywood's British fetish
---the Oscar nominated screenplays of 2011
---Mr. Peel explains why he finds The Social Network the best film of 2010:
"As brilliant as he is, David Fincher may not have been my first pick to handle all this very specific dialogue but he seems to understand every single cadence and how they should go together. He doesn’t dial down his expected visual approach so much as he finds a way to get it to flawlessly work for the film, occasionally taking a moment to linger from one beat to the next like Eduardo dancing across the room at Caribbean night towards Mark or letting the Ivy League atmosphere seep into us during the opening credits. But for the most part he directs his scenes dead ahead, always finding ways to frame those close-ups, reveling in the words that are being said, finding ways to keep Mark Zuckerberg apart from everyone else, always observing, never letting anyone in right from that remarkable opening scene racing through the dialogue at a speed that Howard Hawks and Ben Hecht would have approved of. The rare director these days who seems to know how to make actors talking seems totally cinematic without falling back on tricks like lame handheld nonsense to make it more “real”, his approach is light years more intelligent than that and the preciseness he delivers to each shot seems to matter every step of the way. And just as at times Sorkin decides to sit back and enjoy himself as he does what he does like a duck in water (which is maybe the best way to describe the introduction of Sean Parker as played by Justin Timberlake) the much-discussed Henley Royal Regatta sequence is Fincher taking one chance in this film to do his thing, framing it all in a style that places it all in this miniaturized insular world that still hasn’t been affected by the way the world changing, content to “stay in one place” just as the Winklevoss twins do in everything they do, representing the old school of the country club world of Bush I, not realizing anything has happened until it’s happened. Fincher does a beautifully assured job of directing the movie down to every last shot (hard not to notice that this film marks the second time he’s used a timelapse shot of the Transamerica tower) and the combination of what the two men bring to it all truly does allow the film to go like a streak. All of these elements, to say nothing of that exhilarating score by Trent Reznor & Atticus Ross that has had steady play on my ipod for the past several months, make it all a thrill to watch every single moment on each new viewing." 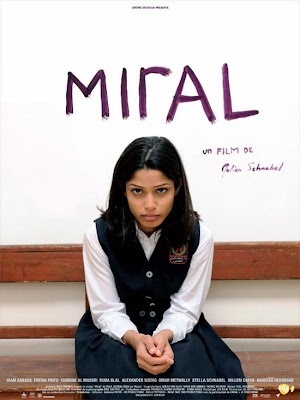 ---Tom Shone investigates the members of the Academy
---@nathanielr and the Oscar age preferences
---streetview zombie apocalypse
---50 of the best opening title sequences
---the army brainwashes US Senators for its purposes:
"When Holmes and his four-man team arrived in Afghanistan in November 2009, their mission was to assess the effects of U.S. propaganda on the Taliban and the local Afghan population. But the following month, Holmes began receiving orders from Caldwell’s staff to direct his expertise on a new target: visiting Americans. At first, the orders were administered verbally. According to Holmes, who attended at least a dozen meetings with Caldwell to discuss the operation, the general wanted the IO unit to do the kind of seemingly innocuous work usually delegated to the two dozen members of his public affairs staff: compiling detailed profiles of the VIPs, including their voting records, their likes and dislikes, and their "hot-button issues." In one email to Holmes, Caldwell’s staff also wanted to know how to shape the general’s presentations to the visiting dignitaries, and how best to "refine our messaging."Congressional delegations – known in military jargon as CODELs – are no strangers to spin. U.S. lawmakers routinely take trips to the frontlines in Iraq and Afghanistan, where they receive carefully orchestrated briefings and visit local markets before posing for souvenir photos in helmets and flak jackets. Informally, the trips are a way for generals to lobby congressmen and provide first-hand updates on the war. But what Caldwell was looking for was more than the usual background briefings on senators. According to Holmes, the general wanted the IO team to provide a "deeper analysis of pressure points we could use to leverage the delegation for more funds."The general’s chief of staff also asked Holmes how Caldwell could secretly manipulate the U.S. lawmakers without their knowledge. "How do we get these guys to give us more people?" he demanded. "What do I have to plant inside their heads?" 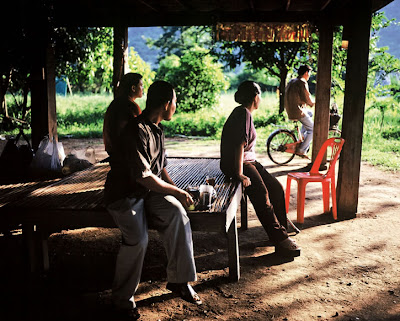 ---rising food prices
---Scott of Go Into the Story shares some Winter's Bone-related clips
---postmodern revolution
---the best web-based film criticism
---trailers for Miral, Meek's Cutoff, and Uncle Boonmee
---the ultimate blogger--Heather Armstrong:
"Is the commercialism turning off readers? Yes and no. Being powerful on the Internet is an odd and contrary state. “Influential” can mean strangers love you, but it is just as likely to mean that they hate you. What it really means is that they read you. And if you infuriate some and have others rising to your defense, all the better. When your fans and your critics tangle in the intimate anonymity of your comments section, that ups your page views and, in turn, your ad rates.Good for business, but the criticism can feel very personal. Because on a personal Web site, it is. And as Armstrong’s impact grows, so does readers’ anger — and so, too, her creative ways of turning the critics to her advantage. Take the Maytag incident. After getting no satisfaction from her washing-machine company, Armstrong did take to Twitter. Then she fielded frantic, apologetic calls from Maytag and not only got her washing machine fixed but also had a second one donated by a different company to a nearby women’s shelter (that one was a Bosch). She wrote about it all on her blog, and many readers got very angry. “The mommy-blog community was up in arms, because I was wielding my power in an irresponsible way and I would cause people at Maytag to lose their jobs,” she says. “And then there was a discussion about my sense of entitlement and my narcissism. Do I think I can rule the world with my finger on Twitter? And why don’t I ever use my power for good? Or give back to my community?” 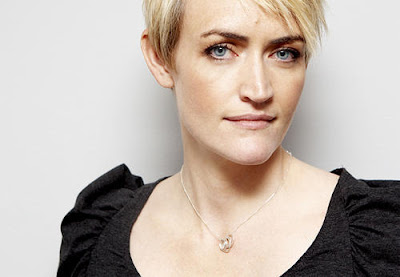 The anger, in turn, upped her page views. “Heather was huge,” Jon said. “It was the biggest thing she’d ever done in terms of traffic. Bigger than going on ‘Oprah.’ Bigger than giving birth to Marlo” — the Armstrongs’ second daughter. “I mean, Marlo was good for business, but the hate was better.”All this came while she was caring for a newborn, and also suffering with a painful case of shingles and distraught over her grandmother’s imminent death. So one morning, after reading, yet again, about the pointiness of her chin, she fought back. She had Jon create a new section of Dooce, with a new and separate ad base, where she posted her hate mail and invited readers to scroll through. As they scrolled, the ad revenue accumulated."
---Jasper Rees on the odd career of Colin Firth
---Salon's Academy Awards for viral videos
---"Women's Stories, Movies, and the Oscars"
---Kim Morgan celebrates Bette Davis and her Oscar
---lastly, "James Franco's Oscars of Apathy"
Labels: academy awards Notable film and media links