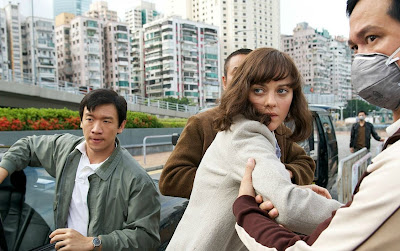 ---the birth of a star: Dietrich's screen test for The Blue Angel

---The Catch Me If You Can title sequence

---rioting and the price of food

"What Percy and these other writers are getting at is that just as important as what we see in the world is how we go about seeing it. We are adept at identifying points of interest, but pay scant attention to the importance of our approaches to exploring them; our efforts to facilitate the experience of place often end up being self-defeating. What Percy’s strategies aim to do, in part, is to put the traveler into a state of willingness and hunger to encounter the world as it is, to discover the great sights with the freshness, the newness, that is so much of what we seek from them. Alain de Botton also describes this attitude as the solution to the guidebook problem, and identifies it as the mode of receptivity.

Practices like geocaching and geotagging rely on this receptivity. Geocaching asks the user to be an active participant in seeking, and to seek something unknown. Viewing geotagged photography may impel us to go forth into the world and seek with our own eyes what the images present to us, thus claiming them in some way for ourselves. It is a tricky balance: as always, photographs, especially when so readily viewed at the very places they were taken, hold the potential to substitute for rather than deepen our own awareness. But these practices at least give some idea as to how location-based technologies can encourage us to orient ourselves to the world in its primary, phenomenal sense — as a realm of places.

But GPS navigation, in its present form, seems to do quite the opposite: it dulls our receptivity to our surroundings by granting us the supposed luxury of not having to pay attention to them at all. In travel facilitated by “location awareness,” we begin to encounter places not by attending to what they present to us, but by bringing our expectations to them, and demanding that they perform for us as advertised. In traveling through “augmented reality,” even the need for places to perform begins to fade, as our openness to the world gives way to the desire to paper over it entirely. It is an admission of our seeming distrust in places to be sufficiently interesting on their own. But in attempting to find the most valuable places and secure the greatest value from them, the places themselves become increasingly irrelevant to our experiences, which become less and less experiences of those places we go." 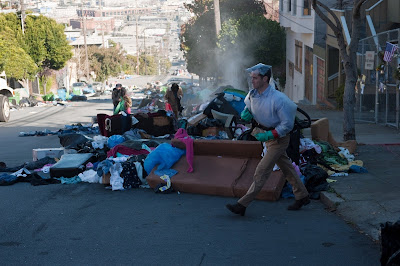 ---Chaos Cinema: the decline and fall of action filmmaking

"EH: What makes Jaws special, in my opinion, is the way it balances those (necessary and satisfying) sensational moments with more nuanced effects, effects that don't require large-scale mechanical constructions or demolitions experts but are no less special. Spielberg's first film, the made-for-TV thriller Duel, managed to create menace and foreboding from very little, using camera angles and judicious editing to frame an ordinary truck with an unseen driver as the terrifying embodiment of masculine violence and random destruction. Jaws has a more inherently frightening villain, but it similarly creates most of its effect through pure filmmaking bravado.The opening sequence, after the credits, is a perfect example. The film begins with a gorgeous nighttime scene as a group of young summer tourists have a party around a fire on the beach. A guy and a girl catch each other's eyes from across the campfire and run off across the dunes, the girl stripping in silhouette, laughing as she runs, the guy stumbling drunkenly after her. Anyone who's seen a few horror or slasher movies know that only doom is awaiting them in the dark, as it always does for young people who run off into the night to have sex. The imagery is dim and shadowy, the dark blue of the sky blending into the denser darkness of the water, which could hide anything, but the mood of these opening scenes is initially as poetic as it is foreboding. The sight of the girl's head bobbing in the water is chilling, as are the point-of-view shots from beneath the water. Those shots, ostensibly from the shark's perspective, recall the underwater shots in Creature From the Black Lagoon, one obvious old Hollywood reference point for Spielberg's film, announced right up front in these early scenes. As these moody images slowly lead towards the horrifying moment when the girl first feels a faint nibble below the water and then begins frantically thrashing around, John Williams' infamous dun-dun-dun-dun-dun shark theme starts stealthily creeping into the music, increasing the sense of dread. 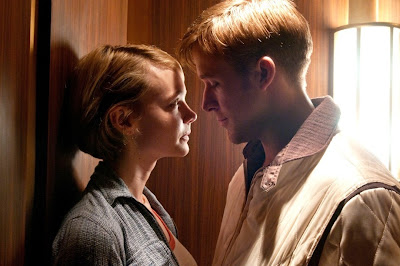 Later, the girl's hand washes up on the beach, the first evidence of the shark that will soon terrorize the area, and Spielberg delivers a sensational closeup of the detached hand with crabs scuttling all over and around it, a horrifying image that reinforces the impact of the opening sequence. But Spielberg leads into this gory image patiently, with a shot of the police officer who'd discovered the hand, blowing a whistle to summon help. The whistle slides out of his slack mouth as he sits weakly in the sand, facing away from his discovery, which is hidden from the audience as well by the tall dune in the background. Spielberg understands that this shot, in which we feel the horror through the policeman's reaction without knowing precisely what he'd found, is just as important as the explicit closeup that follows, if not even more so."

---Tarantino and the blank sheet of paper

“I need images, I need representation which deals in other means than reality. We have to use reality but get out of it. That’s what I try to do all the time.” – Agnès Varda

---surveillance technology and torture in Bahrain and other push-button autocracies:

"The toolbox allows more than the interception of phone calls, e-mails, text messages and Voice Over Internet Protocol calls such as those made using Skype. Some products can also secretly activate laptop webcams or microphones on mobile devices. They can change the contents of written communications in mid-transmission, use voice recognition to scan phone networks, and pinpoint people’s locations through their mobile phones. The monitoring systems can scan communications for key words or recognize voices and then feed the data and recordings to operators at government agencies."

---This Heatwave is No Accident 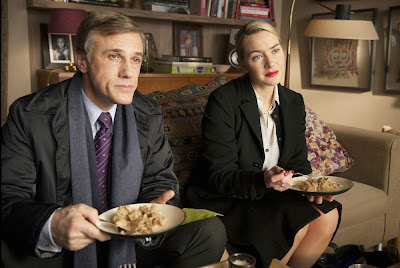 ---the realism of Contagion

---lastly, in the words of Steve Jobs:

“No one wants to die. Even people who want to go to heaven don’t want to die to get there. And yet death is the destination we all share. No one has ever escaped it. And that is as it should be, because Death is very likely the single best invention of Life. It is Life’s change agent. It clears out the old to make way for the new. Right now the new is you, but someday not too long from now, you will gradually become the old and be cleared away. Sorry to be so dramatic, but it is quite true.“Your time is limited, so don’t waste it living someone else’s life. Don’t be trapped by dogma — which is living with the results of other people’s thinking. Don’t let the noise of others’ opinions drown out your own inner voice. And most important, have the courage to follow your heart and intuition. They somehow already know what you truly want to become. Everything else is secondary.” [Stanford commencement speech, June 2005]
Labels: Notable film and media links