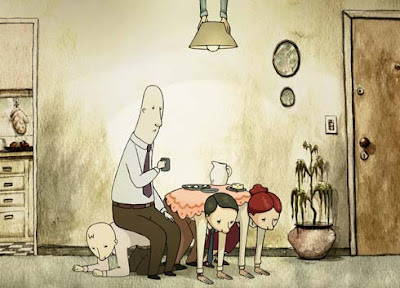 "Reporting from a range of settings - the slums of Casablanca, Afghanistan's Tora Bora mountains, the valley of Kashmir and the streets of Fallujah - Burke has witnessed the first decade of the 21st century at a level where its proclaimed slogans seem farcical, the instigators of wars, civilian and military, more absurd, and reality altogether more surreal. The long patient sentences of The 9/11 Wars are suffused with the melancholy of a man who has learned a great deal from long exposure to atrocity and folly but does not expect to be heard. Still, you feel, this account of painfully familiar events should have been prefaced with a statutory warning. Writing his 800-page play Die letzten Tage der Menschheit (The Last Days of Mankind), during the first world war, the Viennese writer Karl Kraus warned in a preface that his contemporaries would not be able to bear it – and not just because of its length. For the play was `blood of their blood', presenting as it did `those unreal, unthinkable years, out of reach for the wakeful hours of the mind, inaccessible to memory and preserved only in nightmares'. So does our own low, dishonest decade seem in The 9/11 Wars."

---the kitchen table of the future

---the fun of wingsuit flight

"Meet the members of what might be called Generation Limbo: highly educated 20-somethings, whose careers are stuck in neutral, coping with dead-end jobs and listless prospects.And so they wait: for the economy to turn, for good jobs to materialize, for their lucky break. Some do so bitterly, frustrated that their well-mapped careers have gone astray. Others do so anxiously, wondering how they are going to pay their rent, their school loans, their living expenses — sometimes resorting to once-unthinkable government handouts.`We did everything we were supposed to,' said Stephanie Morales, 23, who graduated from Dartmouth College in 2009 with hopes of working in the arts. Instead she ended up waiting tables at a Chart House restaurant in Weehawken, N.J., earning $2.17 an hour plus tips, to pay off her student loans. `What was the point of working so hard for 22 years if there was nothing out there?' said Ms. Morales, who is now a paralegal and plans on attending law school.Some of Ms. Morales’s classmates have found themselves on welfare. `You don’t expect someone who just spent four years in Ivy League schools to be on food stamps,' said Ms. Morales, who estimates that a half-dozen of her friends are on the Supplemental Nutrition Assistance Program. A few are even helping younger graduates figure out how to apply. `We are passing on these traditions on how to work in the adult world as working poor,' Ms. Morales said."
---Inkling by Wacom 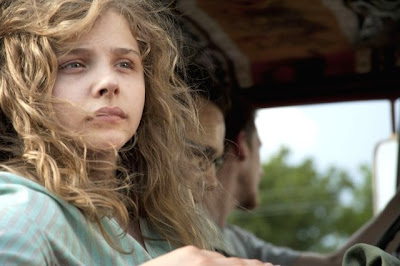 ---Don Lett's Westway to the World

---Sheila considers the Bang Bang You're Dead school of acting:

"But the other thing, which is how I started this post, is knowing how to inhabit your body, and make the character visible to the audience. Without seeming like you are telegraphing, with a series of tics and deliberate gestures. Maybe because of the dominance of television, with its reliance on closeups, and the medium of film, where the story is broken up into tiny pieces, many actors go straight into television without theatre training. When you’re in your closeup, you need to be able to bring up the emotion required of you. But the “waiting for your closeup” school of acting can also generate lazy actors, or actors who have never had to build a character, through gesture and posture and mood and shape. But when you’ve seen a great live performance, so much of it is in the full-body. I remember Natasha Richardson’s wildly flapping armsduring her final rendition of “Cabaret”, the adrenaline and panic of the character breaking out of the cool flapper exterior. I will never forget it. I remember Christine Ebersole’s delicately drooped shoulders in Grey Gardens, her hands cupped around her face dramatically. I was in the front for Natasha Richarson, and I was in the back for Grey Gardens, but in both cases, the gesture was big enough for the cheap seats. I remember Kathleen Turner’s heartrending scream of “Oh, NO!” during Who’s Afraid of Virginia Woolf as she fell to her knees, clumsily, awkwardly, the complete shattering of a woman. It was one of the most awful (as in brilliant, nearly unwatchable) moments of live acting I’ve ever seen. I will remember her gestures in that moment until my dying day."

---hanging out with Natalie Wood, Mike Nichols, Jane Fonda, and friends (thanks to @nathanielr)

"You admit to having had `a beer with lunch' before you shot Harry Whittington in the face on a Saturday afternoon in 2006. Was that all the alcohol you consumed before that accident?"

---Serena Bramble's The Mystic: An Appreciation of Nicholas Ray and Rosenbaum's study of the director's work

---"our future full of relentless and painful oil-induced recessions" 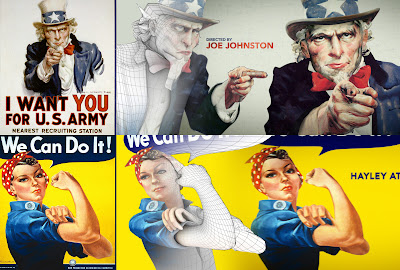 ---Jaron Lanier on the "Local-Global Flip":

"...if you're adding to the network, do you expect anything back from it? And since we've been hypnotized in the last eleven or twelve years into thinking that we shouldn't expect anything for what we do with our hearts or our minds online, we think that our own contributions aren't worth money, very much like we think we shouldn't be paid for parenting, or we shouldn't be paid for raking our own yard. In those cases you are paid in a sense because there's still something that becomes part of you in your life, for all that you did. ... But in this case we have this idea that we put all this stuff out there and what we get back are intangible or abstract benefits of reputation, or ego-boosting. Since we're used to that bargain, we're impoverished compared to the world that could have been and should have been when the Internet was initially conceived. The world that would create a strengthened middle class through what people do, by monetizing more and more instead of less and less. It's possible that that world could have never come about, but that was never tested. If we are absolutely convinced that this third way is impossible, and that we have to choose between "The Matrix" or Marx, if those are our only two choices, it makes the future dismal, and so I hope that a third way is possible, and I'm certainly going to do everything possible to try to push it."