"Where have you been, Whit Stillman?" and other links 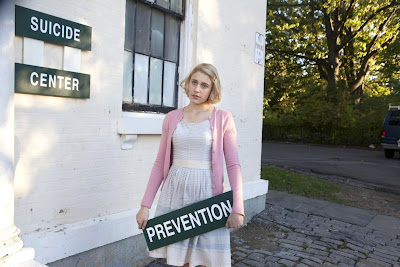 ---base jumping
---A. O. Scott picks Goodfellas
---Jim Emerson analyzes the history of the chase scene
---Kenneth Goldsmith considers how our relation to writing has changed:
"For the past several years, I've taught a class at the University of Pennsylvania called `Uncreative Writing.' In it, students are penalized for showing any shred of originality and creativity. Instead they are rewarded for plagiarism, identity theft, repurposing papers, patchwriting, sampling, plundering, and stealing. Not surprisingly, they thrive. Suddenly what they've surreptitiously become expert at is brought out into the open and explored in a safe environment, reframed in terms of responsibility instead of recklessness.

We retype documents and transcribe audio clips. We make small changes to Wikipedia pages (changing an `a' to `an' or inserting an extra space between words). We hold classes in chat rooms, and entire semesters are spent exclusively in Second Life. Each semester, for their final paper, I have them purchase a term paper from an online paper mill and sign their name to it, surely the most forbidden action in all of academia. Students then must get up and present the paper to the class as if they wrote it themselves, defending it from attacks by the other students. What paper did they choose? Is it possible to defend something you didn't write? Something, perhaps, you don't agree with? Convince us.All this, of course, is technology-driven. When the students arrive in class, they are told that they must have their laptops open and connected. And so we have a glimpse into the future. And after seeing what the spectacular results of this are, how completely engaged and democratic the classroom is, I am more convinced that I can never go back to a traditional classroom pedagogy. I learn more from the students than they can ever learn from me. The role of the professor now is part party host, part traffic cop, full-time enabler."
---women's medication ads
---the Sleepbox
---the Soderbergh oeuvre
---anatomy of a scene: Refn's Drive
---World War Z zombie evolution and "the nonliterary origins of zombie cinema" by Kyle Bishop 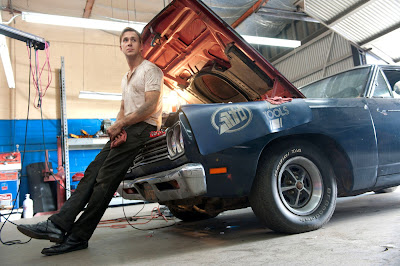 ---"Where have you been, Whit Stillman?" Damsels in Distress
---"And too much testosterone is what causes men to commit unspeakable crimes like murder and rape and The Rock and Bad Boys."--Jeanne Marie Laskas
---Ghosts with S--- Jobs
---Michelle I's history of yellowface
---Cozzalio weighs the pros and cons of The Help
---Hacking the Academy
---Shoshana's "Some Real Shock and Awe: Racially Profiled and Cuffed in New York":
"Then it was my turn. I got out of the car and was led, still cuffed, to a cell. `Are you serious?' I asked the officer, and he said yes. The heavy metal door was shut and locked behind me. Again, I asked what was going on and why was I here. Finally he said, they will let you know later. They are going to ask you some questions. . . .
After fingerprinting me and asking me about my height/weight/place and date of birth and so on, a middle-aged white cop with a beer belly and a flat top returned me–without handcuffs–to the cell. I waited, wondering if I would be spending the night locked up. I thought about the last words my husband said to me while I was still on the plane waiting on the tarmac, `They must have found out there was a Hebshi on the plane.' We joke about this at times, that because of my ethnicity I am being scrutinized but I had no intention of putting that out to the universe and making it happen.I thought about Malcom X and how bravely and fastidiously he studied and wrote while he was in prison, how his solitude enabled him to transform his anger into social change and personal betterment. That’s when I decided to write this post. I needed to explain what had happened–was happening–to me. I was not going to be silent. Still, I wondered what my rights were, and though I felt violated and scared I wasn’t sure that our new laws protected me from this treatment."
---the ACLU on the continuing erosion of our civil liberties
---David Bowie advertises water
---Peter Bogdanovich remembers Hitchcock making The Birds
---Chuck Bowen appreciates Polanski, David Cairns' thoughts, and Tom McCormack on the apartment trilogy 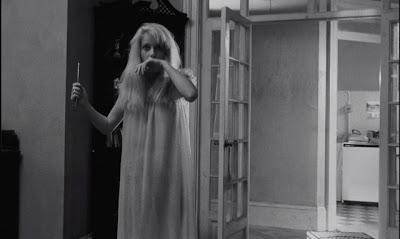 ---Harrison Ford talks to David Letterman in 1982
---Disney propaganda
---"I trained for a world that doesn't exist."--young and jobless
---if everyone knew and the film industry's 6 secrets
---trailers for Pina, Sarah Palin: You Betcha, Perfect Sense, Straw Dogs (1971), and The Awakening
---lastly, Daniel's thoughts on film blogging in Getafilm
Labels: Notable film and media links Whit Stillman