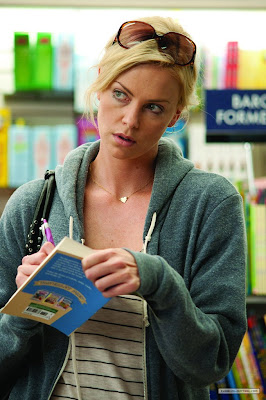 ---David Foster Wallace, Mark Leyner, and Jonathan Franzen discuss literature
---Newt's global warming ad
---I Believe I Can Fly
---the Oscar Bound Actress roundtable with @nathanielr's commentary
---"The House of the Rising Sun Old School Computer Remix"
---Zittrain's "The Personal Computer is Dead":
"The content restrictions are unexplored territory. At the height of Windows's market dominance, Microsoft had no role in determining what software would and wouldn't run on its machines, much less whether the content inside that software was to be allowed to see the light of screen. Pulitzer Prize-winning editorial cartoonist Mark Fiore found his iPhone app rejected because it contained `content that ridicules public figures.' Fiore was well-known enough that the rejection raised eyebrows, and Apple later reversed its decision. But the fact that apps must routinely face approval masks how extraordinary the situation is: tech companies are in the business of approving, one by one, the text, images, and sounds that we are permitted to find and experience on our most common portals to the networked world. Why would we possibly want this to be how the world of ideas works, and why would we think that merely having competing tech companies—each of which is empowered to censor—solves the problem?This is especially troubling as governments have come to realize that this framework makes their own censorship vastly easier: what used to be a Sisyphean struggle to stanch the distribution of books, tracts, and then websites is becoming a few takedown notices to a handful of digital gatekeepers. Suddenly, objectionable content can be made to disappear by pressuring a technology company in the middle. When Exodus International—`[m]obilizing the body of Christ to minister grace and truth to a world impacted by homosexuality'—released an app that, among other things, inveighed against homosexuality, opponents not only rated it poorly (one-star reviews were running two-to-one against five-star reviews) but also petitioned Apple to remove the app. Apple did."
---22 free Hitchcock movies
---Don't Need You: The Herstory of Riot Grrl
---the 90 best tumblr blogs
---Kael's 5 best reviews according to Oleszczyk
---"Touch of Evil"
---Roberts' "The Brutal Logic of Climate Change":
"That makes the notion of `adapting' to 4 degrees C a bit of a farce. Infrastructure decisions involve big money and long time horizons. By the time we've built (or rebuilt) infrastructure suited to 4 degrees C, it will be 5 degrees C [9 degrees F]. And so on. A climate in which conditions are changing that fast just isn't suitable for stable human civilization (or for the continued existence of a majority of the planet's species).

Oh, and by the way: According to the International Energy Agency, we're currently on course for 6 degrees C [10.8 degrees F]. That is, beyond any reasonable doubt, game over.So this is where we're at: stuck between temperatures we can't possibly accommodate and carbon reduction pathways we can't possibly achieve. A rock and a hard place. Scylla and Charybdis."
---traffic in Vietnam
---Greenwald: "the entire world (including the U.S.) is a battlefield and the war will essentially go on forever"
---trailers for Lock-Out, Magic and Light, Young Adult, and Wish You Were Here
---Spielberg remembers Stanley Kubrick
---lastly, Fall, a video poem for Buster Keaton
Labels: military detention Notable film and media links