A. O. Scott picks Pulp Fiction and other links 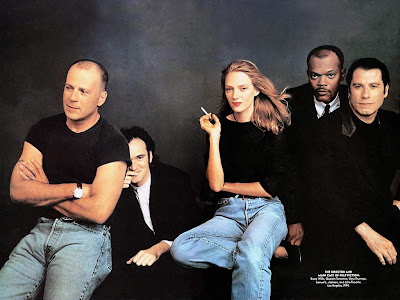 ---A. O. Scott picks Pulp Fiction
---how Elvis Costello got banned from Saturday Night Live
---Chaos Cinema Part 3
---celebrities on the subway
---Chinese Army in Texas
---Lethem's "The Ecstasy of Influence: a Plagiarism":
"I was born in 1964; I grew up watching Captain Kangaroo, moon landings, zillions of TV ads, the Banana Splits, M*A*S*H, and The Mary Tyler Moore Show. I was born with words in my mouth—`Band-Aid,' `Q-tip,' `Xerox'—object-names as fixed and eternal in my logosphere as `taxicab' and `toothbrush.' The world is a home littered with pop-culture products and their emblems. I also came of age swamped by parodies that stood for originals yet mysterious to me—I knew Monkees before Beatles, Belmondo before Bogart, and “remember” the movie Summer of '42 from a Mad magazine satire, though I've still never seen the film itself. I'm not alone in having been born backward into an incoherent realm of texts, products, and images, the commercial and cultural environment with which we've both supplemented and blotted out our natural world. I can no more claim it as “mine” than the sidewalks and forests of the world, yet I do dwell in it, and for me to stand a chance as either artist or citizen, I'd probably better be permitted to name it.Consider Walker Percy's The Moviegoer:

`Other people, so I have read, treasure memorable moments in their lives: the time one climbed the Parthenon at sunrise, the summer night one met a lonely girl in Central Park and achieved with her a sweet and natural relationship, as they say in books. I too once met a girl in Central Park, but it is not much to remember. What I remember is the time John Wayne killed three men with a carbine as he was falling to the dusty street in Stagecoach, and the time the kitten found Orson Welles in the doorway in The Third Man.'

Today, when we can eat Tex-Mex with chopsticks while listening to reggae and watching a YouTube rebroadcast of the Berlin Wall's fall—i.e., when damn near everything presents itself as familiar—it's not a surprise that some of today's most ambitious art is going about trying to make the familiar strange. In so doing, in reimagining what human life might truly be like over there across the chasms of illusion, mediation, demographics, marketing, imago, and appearance, artists are paradoxically trying to restore what's taken for `real' to three whole dimensions, to reconstruct a univocally round world out of disparate streams of flat sights.Whatever charge of tastelessness or trademark violation may be attached to the artistic appropriation of the media environment in which we swim, the alternative—to flinch, or tiptoe away into some ivory tower of irrelevance—is far worse. We're surrounded by signs; our imperative is to ignore none of them."
---The Dark Knight Rises and hooded prisoners on a CIA plane
---what indefinite detention looks like
---the ParaNorman and Perfect Sense trailers 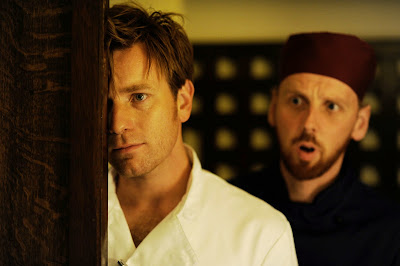 ---Brian Eno's oblique strategies
---Jenny Turner's "As Many Pairs of Shoes as She Likes"
---"One of the greatest fears is that with the disappearance of the Arctic sea-ice in summer, and rapidly rising temperatures across the entire region, which are already melting the Siberian permafrost, the trapped methane could be suddenly released into the atmosphere leading to rapid and severe climate change."
---"Raiding the Lost Ark: A Filmumentary"
---an interview with David Graeber:
"Well, if you look at the size of US deficit it corresponds almost exactly to the real saw military budget. If you look at graphs showing the growth of the US deficit, and the percentage of it held overseas, and the US military spending—basically, you see almost exactly the same curve. So basically, foreign governments and institutional lenders are buying US treasury bonds and paying for this enormous military spending. So, who are the guys doing it? Well during the cold war it was especially West Germany, now, apart from China, the most important are places like Japan, South Korea, Taiwan, the Gulf states. What do these states have in common? They’re all covered in US military bases, or under US military protection. The US is borrowing the money to create these military bases from the very countries that the US military is sitting on top of. In the past, such arrangements were called ‘empires’ and the money sent over was referred to as ‘tribute.’ Now apparently you're not allowed to use that language, so it’s called a ‘loan.’ Nonetheless, that link between the military and the core of the financial system remains, it’s the thing we’re not supposed to think about."
---"The great contemporary terror is anonymity."
Labels: David Graeber Pulp Fiction

Anonymous said…
I also grew up watching M*A*S*H. Some time ago, when I was living in Sweden, they were broadcasting the series again, late in the night. I was staying up just to watch it!
December 28, 2011 at 9:21 AM