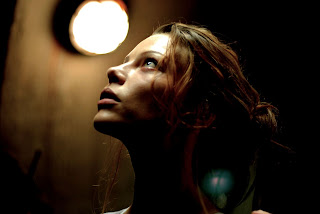 "We know our bubble is about to burst, that our artificial prosperity is corrupt and unsustainable. And even if somehow, somehow, the greedheads change their ways and the temperature of the Earth doesn’t rise and the polar ice caps don’t melt and oil remains plentiful enough to drive back and forth from our houses in the suburbs, we’ll still be haunted, like Curtis in Take Shelter, by the thought that something bad is about to go down. And we’ll seek out doomsday movies to see how it all plays out. The end of the world has barely begun."

---when the NYPD targets the media

"Personally, I wanted everything in the store. I wanted the objects and I wanted the people. I wanted to eat them all up, gnaw on their bones. At first, I didn’t care about it all, thought it a lot of silliness, but soon enough I was fantasizing, actively, daily, about owning those gorgeous Italian wine glasses, they were $50 each, and about the house where I’d put my immense and uncomfortable sofa. I imagined the parties on my private beach, shaded by the French marquee that no one else in L.A. owned. Or, no one except Bridget Fonda.

While driving home to the apartment I shared with two roommates in Silverlake, I’d pick out the famous guests that would come to my beachfront house, pictured myself drinking a martini in the setting sun as the sea breeze rippled through my white suit. These things had never seemed relevant before. Now, I felt mortified by my sensible late ’90s Volvo, my cheap cellphone. Somewhere nearby, someone was sharing a platter of immaculate sushi with Sarah Michelle Gellar, who’s a year younger than me and prettier in person, while I was consuming starchy blocks of Trader Joe’s faux-sushi. What I needed, evidently, was a Maserati, a beachfront house in Malibu. What I needed was a better pair of sunglasses, and a life appropriate to those glasses. Until then, I was not alive, I was auditioning for life.

Updike wrote, “Celebrity is a mask that eats into the face,” but after living in L.A. for a while, the proper reply became obvious: With a mask like that, who needs a face?"

---"This used to be funny, but now it’s really just terrifying. We’re dealing with legislation that will completely change the face of the internet and free speech for years to come."

---"Maybe a hundred years down the line, nobody will look back at climate change as the most important issue of the early 21st century, because the damage will have been done, and the idea that it might have been prevented will seem absurd. Maybe the idea that Mali and Burkina Faso were once inhabited countries rather than empty deserts will seem queer, and the immiseration of huge numbers of stateless refugees thronging against the borders of the rich northern countries will be taken for granted. The absence of the polar ice cap and the submersion of Venice will have been normalised; nobody will think of these as live issues, no one will spend their time reproaching their forefathers, there'll be no moral dimension at all. We will have wrecked the planet, but our great-grandchildren won't care much, because they'll have been born into a planet already wrecked."

---"Americans can be arrested on home soil and taken to Guantánamo Bay under a provision inserted into the bill that funds the US military," but "it is never easy to veto a defense authorization bill" 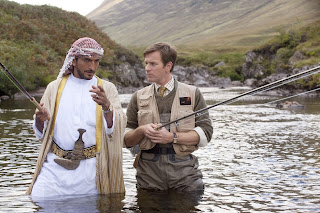 ---trailers for Salmon Fishing in the Yemen, The Divide, Jack the Giant Killer, We Are Legion, and The Dictator

---Lastly, "In a world where the society of the swarm is beginning to devour the society of the spectacle, celebrities have nothing to offer a people’s movement that does not begin with the abnegation of their celebrity."
Labels: Notable film and media links