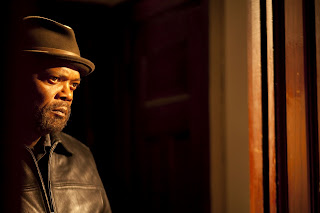 ---"In 50 years there will be only 10 institutions in the world delivering higher education."

---the corridor as a cinematic space, by Omar Ahmed

---"We are now entering the second wave of concern about resource limitations, one to which concerns about energy supply and climate warming have been added. Other concerns haven’t penetrated the media that deeply yet, and discussing the increase in our numbers seems to be a taboo subject that has met with resistance. Meanwhile, the tone of the debate is more positive and optimistic than it was during the 1970s. For example, worldwide, ways of reducing the amount of carbon dioxide expelled into the air to fight climate warming are widely being discussed: how this can be done by more economical energy use, by replanting forests, or by burying the carbon dioxide. And we seem satisfied by the forecasts that our numbers will stabilize around 2050, not realizing that our resource use and its consequent waste production are not connected into a perfect cycle, but are linear. Stabilizing the world’s population while maintaining resource use at such an incredibly high level cannot but lead to rapid exhaustion and overpollution. We are getting closer and closer to those limits, and during the last thirty years the network of interactions has tightened into a fyke. Our higher numbers and demands give us less time to maneuver away from disaster."  -- from Rob Hengefeld's Wasted World

---"Print journalism is in trouble, criticism is in crisis, Hollywood sucks, but the decline of the Voice has been going on longer than the death of cinephilia. When I first began publishing there, my friends already thought it was passé. That said, the paper really began its decline when it went free in 1996 and a new “professional” editor was brought in to regulate the anarchic staff. A new venture-capitalist ownership made things worse, even as the highly profitable classified ads migrated online. The quality suffered and there were some atrocious firings, but things became immeasurably worse once New Times took over in 2006—that was like living under occupation, replete with periodic bloodbaths. I’m amazed that I lasted as long as I did. (It’s also remarkable that, faced with shrinking space and unpleasant demands, the New Times-installed film editor Allison Benedikt was able to maintain a credible section.) By the time they got to me they were pretty much out of “high-”salaried writers to lay-off—and I’m sure my role as a union activist was an added value. --"Film Criticism After Film Criticism: The J. Hoberman Affair" 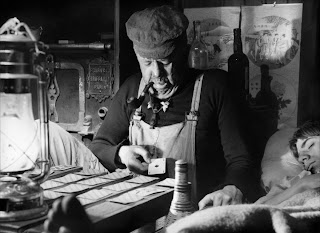 ---Today, the Pentagon deploys a fleet of 19,000 drones, relying on them for classified missions that once belonged exclusively to Special Forces units or covert operatives on the ground. American drones have been sent to spy on or kill targets in Iran, Iraq, Afghanistan, Pakistan, Yemen, Syria, Somalia and Libya. Drones routinely patrol the Mexican border, and they provided aerial surveillance over Osama bin Laden's compound in Abbottabad, Pakistan. In his first three years, Obama has unleashed 268 covert drone strikes, five times the total George W. Bush ordered during his eight years in office. All told, drones have been used to kill more than 3,000 people designated as terrorists, including at least four U.S. citizens. In the process, according to human rights groups, they have also claimed the lives of more than 800 civilians. Obama's drone program, in fact, amounts to the largest unmanned aerial offensive ever conducted in military history; never have so few killed so many by remote control.

---"Instead of trying to create real people and what they're doing, let's turn it around and create almost an entirely animated film and then backwards engineer the people into that film," DeFaria said. "As a matter of fact, let's not even engineer the people into the film, let's engineer their faces. So you've got these little faces inside these little helmets. But there was a big hiccup that we came to I didn't realize until later, which was that we began building it as an animated film and Alfonso had an idea that he wanted the shots to be incredibly long, and I said, 'How long?' And he said he wanted the first shot to be really long. And I said, 'You mean, 40 seconds?' 'No, 17 minutes.'"

---"Are non-Americans now the primary audience of Hollywood cinema?"

---the fight for the fifth screen 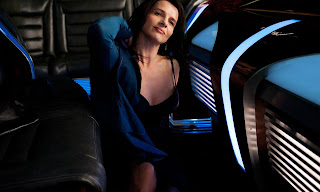 ---"Though pop culture is most often performed by the young, the directors and programmers and gatekeepers—the suits who control and create its conditions, who make the calls and choose the players—are, and always have been, largely forty-somethings, and the four-decade interval brings us to a period just before the forty-something was born. Forty years past is the potently fascinating time just as we arrived, when our parents were youthful and in love, the Edenic period preceding the fallen state recorded in our actual memories."

Jason Bellamy said…
On the fifth screen: I keep swinging back between "This is inevitable; prepare for it" and "We won't stoop that low will we?"
April 22, 2012 at 4:44 PM

The Film Doctor said…
Advertisers will stoop as low as they can get away with. I still wonder if I should have ever bought a smart phone.
April 22, 2012 at 8:18 PM

Maurice Mitchell said…
Great collection of links. The Philip K Dick quote that sticks with me is “Here I am, after twenty-five years of professional SF writing, getting notices that they are going to turn off the water and gas and electricity if I don’t pay in three days, and I say, What has it all been for?” Why is it geniuses are so rarely appreciated in their time?
April 26, 2012 at 9:47 AM

The Film Doctor said…
Thanks, Maurice. Good question. Maybe, because since they are often ahead of their time, no one knows what to do with them initially?
April 27, 2012 at 11:51 AM