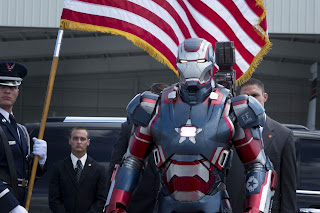 ---Behind the US Targeted Killing Program

---"What has been created here - permanently institutionalized - is a highly secretive executive branch agency that simultaneously engages in two functions: (1) it collects and analyzes massive amounts of surveillance data about all Americans without any judicial review let alone search warrants, and (2) creates and implements a `matrix' that determines the `disposition' of suspects, up to and including execution, without a whiff of due process or oversight. It is simultaneously a surveillance state and a secretive, unaccountable judicial body that analyzes who you are and then decrees what should be done with you, how you should be `disposed' of, beyond the reach of any minimal accountability or transparency.  --Glenn Greenwald

---"There’s a rhetorical consensus in Washington that, as Romney said at Monday’s debate, the U.S. `can’t kill our way out of this mess.' It’s spoken so often it’s a cliche. But in practice, killing appears to be the mainstay of U.S. efforts: nearly 3,000 people have been slain by drone strikes, according to a Post online database, including an undisclosed number of civilians. And the security agencies are preparing for even more."  --Spencer Ackerman

---"Many here ask, nodding toward the sky, has America not learned the lessons of Iraq?"

---"most nonfiction movies now work backwards, starting with a conclusion (be it left wing or right wing) and then looking only for the footage that supports it"

---“We all want everybody to vote. But we want an informed voter . . . Voting is a privilege. How easy should it be? . . . Why would we make it any easier? I want ’em to fight for it. I want ’em to know what it’s like. I want them to go down there, and have to walk across town to go over and vote.”

---"As inequalities increase in Britain and across much of the world, so does the criminalisation of protest"

---"Video Studies of the Western" --@filmstudiesff

---trailers for The Central Park Five, Empires of the Deep, Iron Man 3, Lay the Favorite, and A Good Day To Die Hard

---"Let’s say the price of food doubles in the next twenty years. The Arab Spring will seem like a pep rally."

---"What parts of the digital world do you want to see appear in the physical world?"

---"that probable severity of climate change remains masked; by industry, by politicians, and by a beltway media that diligently parrots their platforms. Which means all of us back home continue our fossil fueled-march towards a warmer, weirder world, oblivious, and surrounded by climate silence." 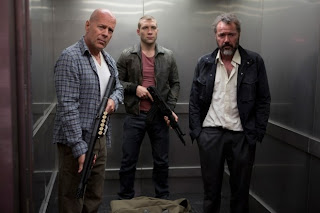 ---"5 Reasons Why Now Is The Greatest Time for Filmmaking"

---"When I started writing, I realized that I was learning stuff about films. I was reflecting on cinema, and I was asking myself questions that tried to frame my personal approach to filmmaking, and the more I was writing, the more I knew what I was lacking. The more I wrote, the more I understood that there was a lot that was lacking."   --Olivier Assayas

---How Daniel Day-Lewis stays in character

---You Don't Own Me
Labels: disposition matrix Notable film and media links