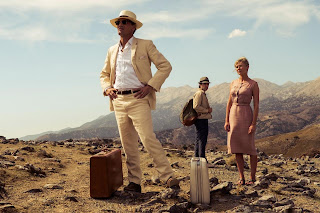 ---The return of Droney

---a Looper commentary and 6 filmmaking tips from Rian Johnson

---the "con that social media has discovered: cause a problem, then market the solution"

---an excerpt of Sean Howe's Marvel Comics: The Untold Story

---"How large a step is it from that denial of our full selfhood to the wry passivity with which we observe global warming, economic collapse and a new freelance nuclear age as portents of an end to a world that is beyond us? Pioneers of film, such as D W Griffith, Chaplin and Abel Gance, hoped that the movie would make a single population in the world angry or moved enough to share liberty and opportunity and end war and intolerance. But perhaps it has made for a society of voyeurs who associate their own hiding in the dark with the safe futility of dealing with the screen's frenzy. So the world is chaotic and nearing ruin, but not for us – not yet."  --David Thomson

---Reel Islam and A Thousand Times No

---behind the scenes of Paths of Glory

---"Why are so many works perpetuating the stereotype that liberal arts programs cater to Peter Pan boys and girls and sad-sack professors, none of whom have the emotional intelligence to deal with life's problems? Part of it could be recession-era scapegoating. And part of it is that the cultural heroes of the moment are largely start-up kings like Mark Zuckerbergs and Steve Jobses who dropped out of college to pursue fortune. You can see similar strains of thought in Scott Gerber's recent Atlantic piece critiquing the liberal arts curriculum for inadequately preparing entrepreneurs."

---"Total Cinema as a total dissociation from reality." --J. Hoberman

---"From that point forward, through November and December, Boniadi and Cruise were practically inseparable, and she was soon head over heels in love. Cruise overwhelmed her with the intensity of his affection, and he apparently liked it to be on public display. Once, says the knowledgeable source, he even complained that she was not sufficiently demonstrative: `I get more love from an extra than I get from you.' Virtually their only time alone, though, was in the bedroom. The rest of the time they were surrounded by the entourage. The degree of control Boniadi was subjected to by Cruise and the organization was mind-boggling, according to several sources. For the first three weeks she was isolated and not permitted to communicate with anyone. Despite the fact that her parents were deeply worried, she was allowed to tell them only that she was in New York on a special Scientology project, never that she was with Cruise. (Her father, who is not a Scientologist, lives in London.)

If Cruise found fault with anything she said or did, according to the knowledgeable source, he immediately reported it to Tommy Davis or a member of the staff, and she would then be audited about it. This process started with the first words she ever spoke to him, `Very well done,' about his receiving Scientology’s Freedom Medal of Valor. Evidently that was not sufficiently doting; according to the source, her `Very well done' implied that Cruise was her junior. She spent two to three hours of her day, every day, purging herself of `negative thoughts about Tom.' Though the first month on the project was bliss, by the second month Boniadi was more and more often found wanting. Cruise’s hairstylist, Chris McMillan, was brought in to work on her hair; in addition, says the source, Cruise wanted Boniadi’s incisor teeth filed down." 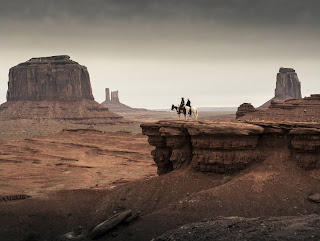 ---trailers for documentaries about The Clash and the Rolling Stones, Stoker, Not Fade Away, Seven Psychopaths, The First Time, The Lone Ranger, and A Good Day to Die Hard

---the New York locations of North by Northwest

---notes on The Fifth Element